Why go-karting is an ideal first step for junior racers

Go-karting can both be used as a great training ground and bring an aspiring youngster into a large-scale international competition.

At first glance, rental go-karting doesn’t seem to be anything serious. Lots of smiles and selfies mixed with sliding around, missing apexes and tyre squealing –  a 100% good time and a way to inject some adrenaline without having to leave the city.

Go-karts are underpowered and carry heavy protective frames – so they don’t seem to be a proper tool for breeding new Max Verstappens or Charles Leclercs. When it comes to starting a professional racing career one should probably turn to the serious sport of karting. And it is possible to start at a very early age – six-years old is enough to join competition in one of the junior categories.

But many of rental go-kart tracks are not about just fun. When it comes to Russia, for instance, nearly every track has its own karting school (or even a few of them) and hosting competitions, sometimes several times a week. Around the country thousands of people regularly join such competitions – with many youngsters dreaming of becoming Formula 1 drivers. 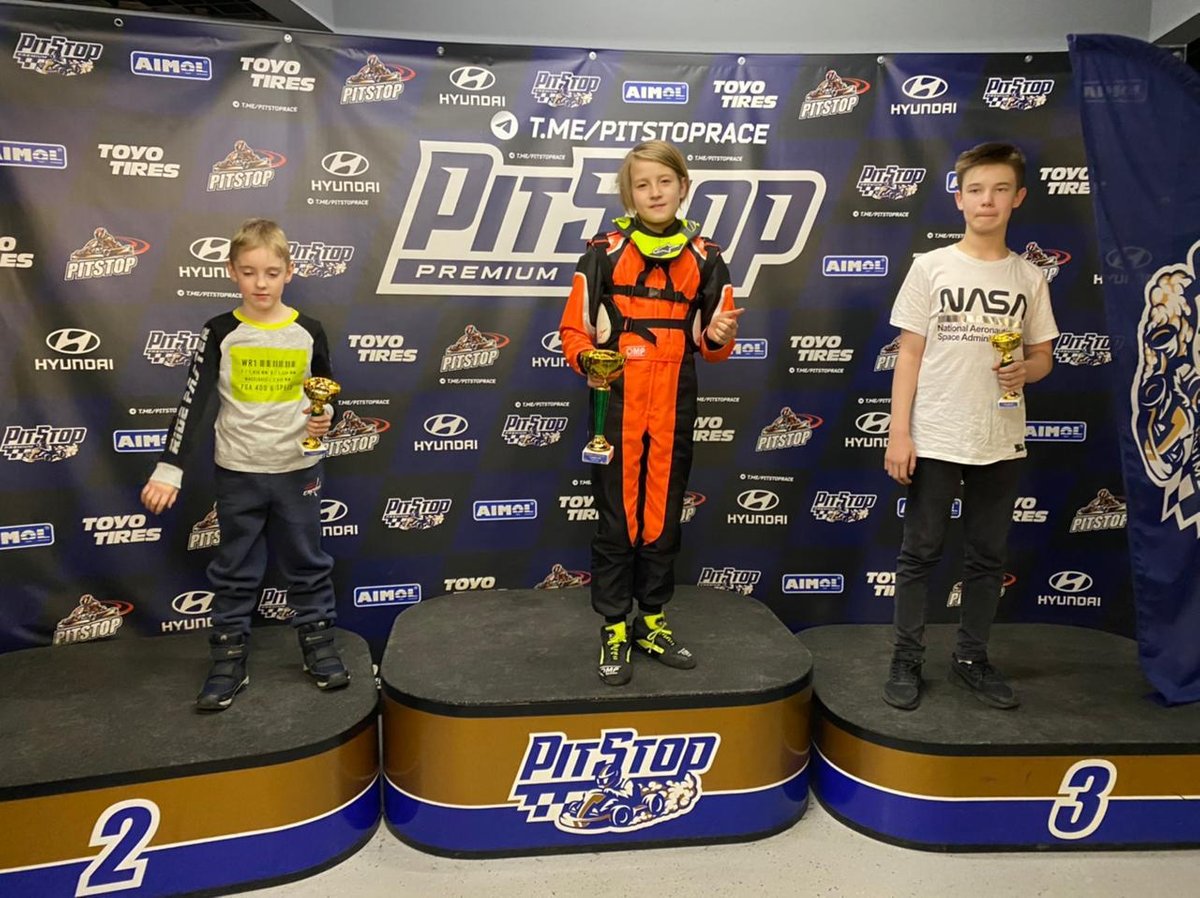 Let’s take a certain person as an example: Alexander Savinkov is 11-years old and lives in St. Petersburg, for a few years he’s been practicing and competing at the couple of local tracks.

“He is eager to fight and progress,” says Igor Polochenkov, Alexander’s driving coach. “Recently he broke an arm while playing football – so he had to stay out of driving for a few weeks.

“Sacha’s parents once heard him crying at night. They thought it was due to the pain in his arm. But it turned out that he was disappointed to be out of training process and not to be able to learn and progress along with his closest competitors.”

Of course, motivation alone is not enough to gain success. But Sasha is quite strong in all key aspects of kart driver. He is a very intelligent, for example.

“He not just learns from me - something just comes to him out of nowhere,” adds Polochenkov. “And it surprises me. I just don't realize where these knowledge and understanding come from – remember, we're talking about 11 year-old kid.”

Alexander got quite a lot of trophies on his shelves – no big difference with a junior driver of the same age competing in sport of karting and being successful. He has won races by dominating from start to finish – and by fighting for the lead until the last corner.

He has finished first in races which consist of many short heats – and in endurance marathons which last up to 24 hours. He has triumphed on tarmac, concrete, special track coating, even ice… This wide range of different formats and surfaces is an important advantage of go-karting – even if compared to sport karting. 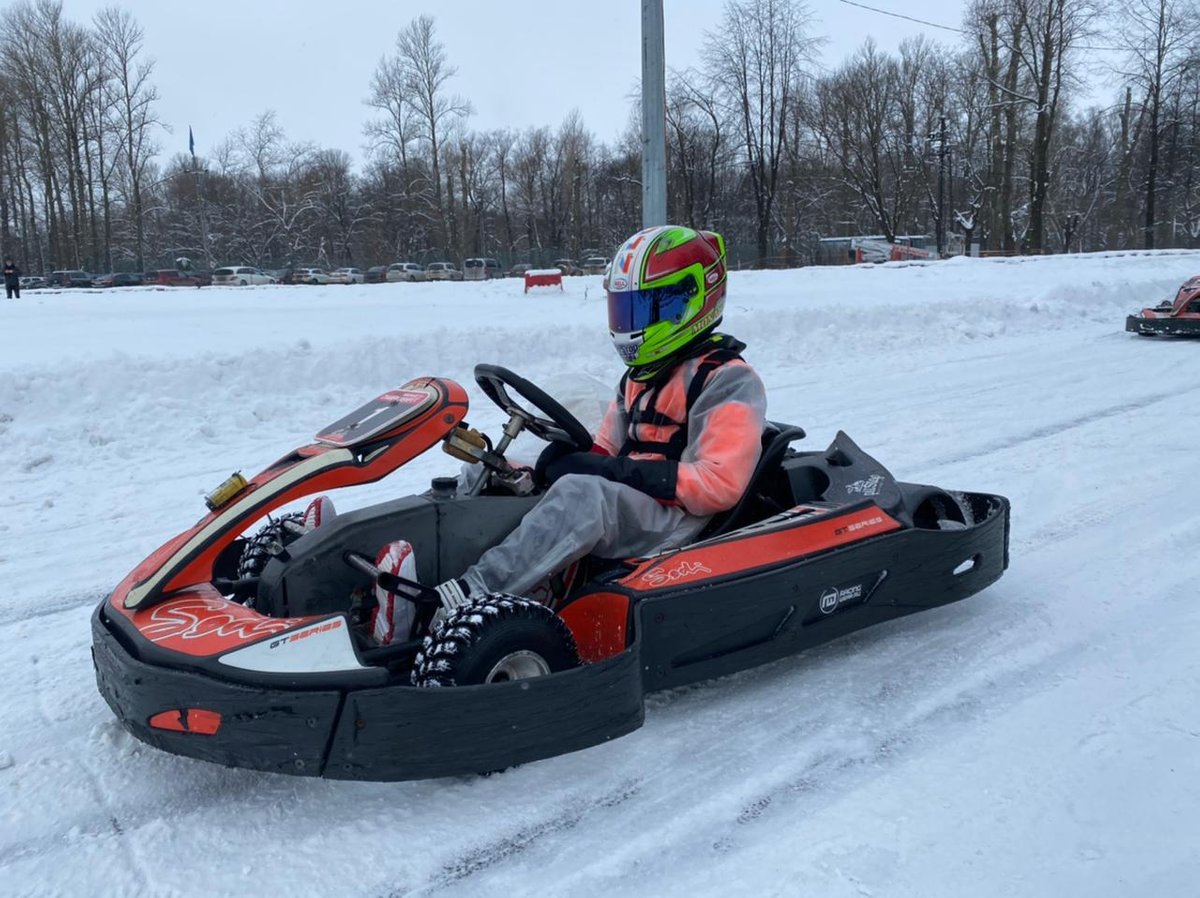 “Back in Soviet times, competing with racing drivers of Eastern block, we often wondered what made Czech drivers so fast,” says Polochenkov. “And being able to use go-karting for training was one of the reasons. We didn't have this opportunity: in USSR go-karting just didn't exist.

“Later, the first go-karting track appeared. And at first I didn't take it seriously. I just couldn't imagine that one could use it to develop yourself to the extent of beating me, a person with sporting background. However, I quickly realized that there is a lot to learn for me.

“And it's not a paradox. Go-karting allows you to drive a lot using various tracks, various formats, various surfaces. To be successful one must develop different qualities and be able to solve different problems. So learning process is especially intensive which makes it more productive.”

The most powerful kart Alexander has ever driven was equipped with 14bhp engine. A lot of races he performed and won driving just 6bhp machines. It may sound humble – but one shouldn't underestimate go-karting potential to be a training ground. 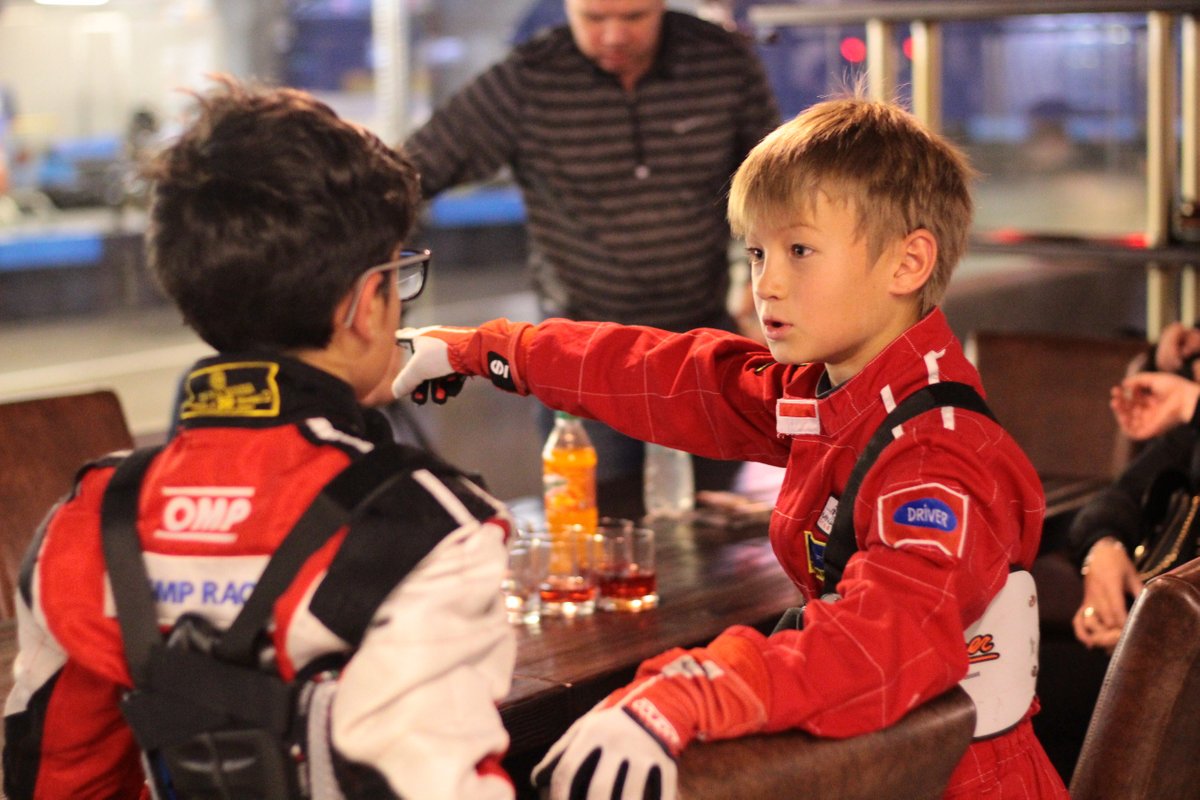 “Go-karts are not powerful,” Polochenkov explains. “And they are not as nimble as sport ones either, they can show quite an understeer when turning in. But this gives a driver an opportunity to improve his skills. Here you just cannot compensate your mistakes with some more power. If one wants to fight and win he had to learn to carry speed into a corner or to load the front helping the kart to turn in better.

“And let's not forget that all these karts are the same. Of course, real pace is often different - but anyway, difference is much smaller than in sport karting, where different engines are used and one team can be much more experienced and skilled than another. When the cars are so close, you only can use your skills to overtake – so you need keep everything at check, you need think fast and you need do everything very precise.” 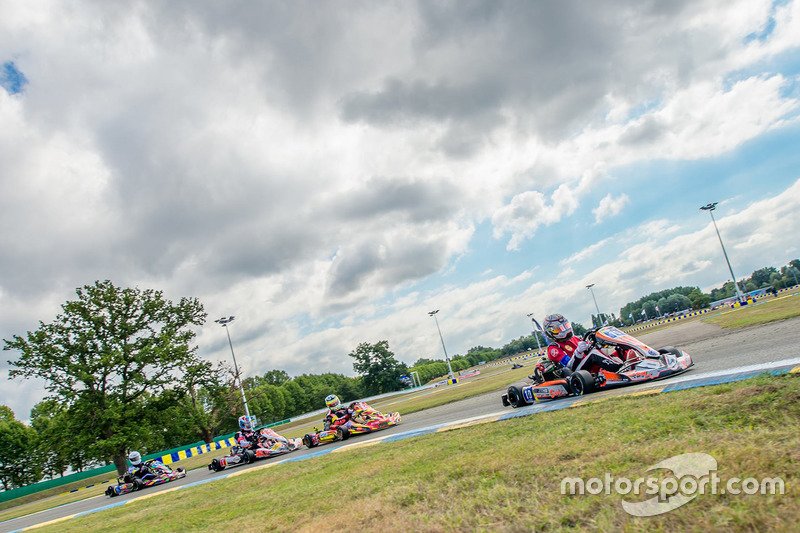 One can suggest that go-karting is a kind of club with small group of drivers – like Alexander and his competitors – fighting each other for years and not trying to look outside. But that's not true either. A project called the Sodi World Series is the best way to prove it.

Sodikart, based in France, is one of the leading go-kart manufacturers. But it doesn't limit itself with selling karts globally. Any track using Sodi karts can become a part of global competition project.

Local competition results are used for calculating global SWS rating. Savinkov, for instance, at the moment is third in separate junior ranking – with other places in top-30 are occupied by drivers from Finland, Poland, Italy, Japan and USA.

Pride and joy are not the only profits of being at the top of the SWS ratings. Every year ranking leaders come to Italy to take part in SWS World Finals. To become one of the best among several thousand drivers and to compete with drivers from around the world doesn't sound childish, does it?

At the moment crossing state borders is not an easy task – but as soon as the pandemic is overcome there will be a few Russians at the SWS World Finals starting grid, Savinkov included. 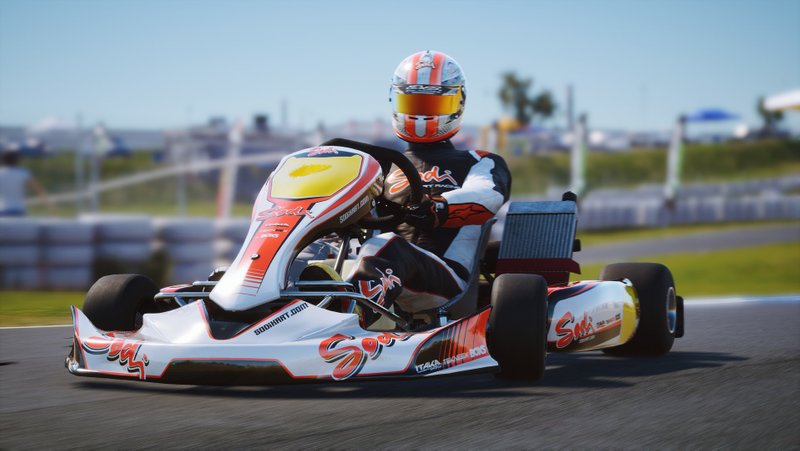 So does it mean that it's reasonable to jump from go-karting straight to racing cars, like a Formula 4?

“Of course not,” Igor Polochenkov replies. “Anyway one must go through more powerful karting categories. But go-karting lets you to take the first step and acquire the initial amount of skills without spending a lot of money on it.

“It's a proper way to go, for instance, when a kid is unsure if he really wants to dedicate himself to racing. If he chooses something else, parents won't be regretting about money 'wasted' on karting. And if he chooses to continue, he will have a solid foundation, he will not have to spend a lot of time on adaptation. If Alexander or his current rivals at some point go to sports karting, may be, they won't become stars. But I'm 100 % sure they won't get lost.”

There's also an additional opportunity to become familiar with the world of sport karting – karting simulators. Good example of them is KartKraft (recently acquired by Motorsport Games, the gaming division of the Motorsport Network). It will allow players to build their own karts from the chassis up and race on 10 officially licensed, laser-scanned tracks with 20 official kart manufacturers.

"As a shareholder in Motorsport Games, I’m thrilled that KartKraft is joining us and that we can use our expertise, scope and knowledge to help maximize the impact of this great simulation product,” said ​Fernando Alonso, Alpine Formula 1 driver, two-time F1 World Drivers’ Champion, two-time 24 Hours of Le Mans Champion – and a former Karting World Champion​. “KartKraft recreates the authentic feel and thrill of kart racing.

"As a former Karting World Champion and owner of my own karting school, I want people of all ages to be able to experience the joys of karting first-hand. Nearly all the top drivers began their motorsport life in karting and KartKraft is a natural progression for introducing a new generation of drivers to the sport.”

KartKraft is currently in Early Access on Steam for PC and its simulator has quickly amassed a cult-like following within the sim-racing community.