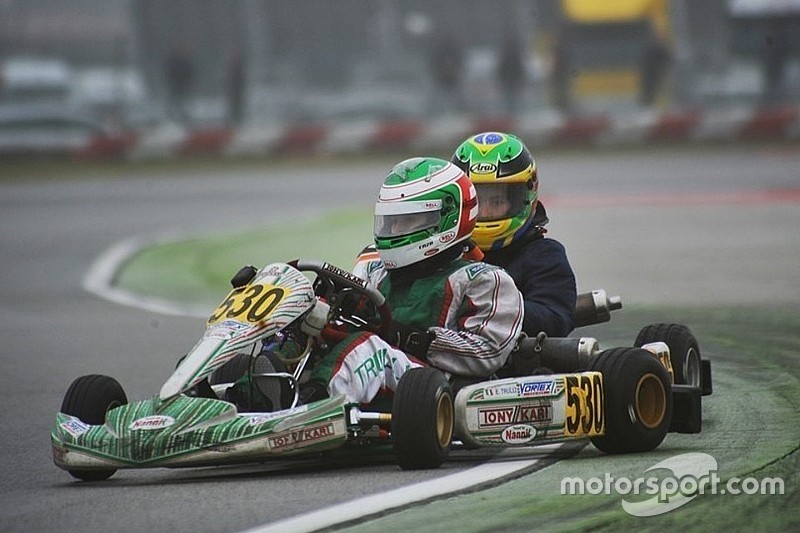 Enzo Trulli, son of F1 race winner Jarno, completed his first WSK karting event in February and is racing in the second round of the Super Masters this weekend.

While he didn't take part in WSK Champions Cup, the first major event of 2017, Trulli entered the first of four Super Masters rounds in the 60 Mini class.

Ranked as 49th out of 85 after the qualifying heats, he was only 28th in his pre-final after receiving a penalty.

Consequently, he was forced to skip the final as only the top 17 qualified to the main race.

He then also raced in the prestigious Winter Cup at Lonato in the smallest category of Mini ROK, and showed improvement by making it to the final and finishing 20th there.

This weekend, he races in the second round of the WSK Super Masters at Laghi.

While the 60 Mini category is run in tandem with the OKJ, OK and shifter classes in the WSK series, it is not part of the CIK-FIA World and European championship programmes.

Alongside Trulli, other drivers with racing heritage are David Schumacher, Ralf's son, in the senior OK class and Brando Badoer, whose father Luca started 51 Grands Prix, including two with Ferrari in 2009.

Large contingent of racing in Ocala