Has the next big racing talent been discovered in Brazil? 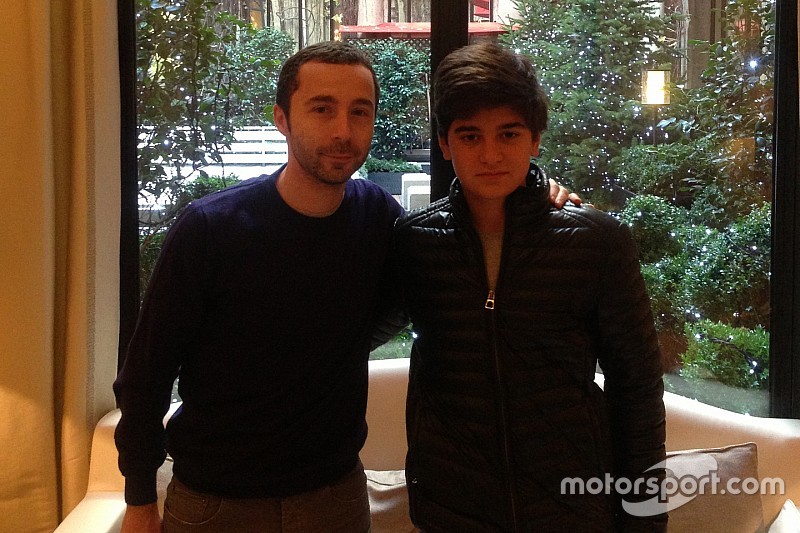 A young karter could be the next big thing from Brazil and he has already been likened to Ayrton Senna.

Caio Collet, 15, is primed to become the first of the next generation of Brazilian drivers with a host of achievements to his name already.

Collet was discovered by ace talent scout Nicolas Todt, who has been Felipe Massa’s manager since 2003.

“I know it’s a cliché to say that he’s the ‘new Senna’ as we’ve heard that before, but I heard many good things about him and he’s done very well in his career so far,” said Todt.

After winning karting championships in his home town of Sao Paulo, Collet made his debut at the CIK-FIA World Championship (KF Junior) in 2015 and was ‘best rookie’ and third overall. He was sixth in the CIK-FIA European Championship (OK-Junior) last year.

“I wanted to help Caio as I don’t see any good young Brazilian driver on the radar for the next 10 years," Todt added.

"If he’s good, then it might be good for Brazil as it’s an important country for motorsport. It wasn’t that long ago there were no French drivers in F1, but that has changed now.

“We are looking at giving him a test in single-seaters later this year and if he does well, will bring him to Europe next season, otherwise it will be another year in karting.”

Todt has managed Massa since 2003 and in addition to being a part owner in the ultra-successful ART Grand Prix team in GP2, he has also looked after drivers including Sebastien Bourdais, Pastor Maldonado and Jules Bianchi.

Today he manages Charles Leclerc, the winner of this year’s Formula 2 championship.

You can read a profile piece with Nicolas Todt, talking about his drivers in the current issue of F1 Racing magazine and in Autosport Plus (subscribers only).