One of the organisers of the 500 Milhas de Kart Granja Viana event, ex-IndyCar racer Felipe Giaffone, plans to stamp out the “disruption” between teams that led to an on-track brawl on Saturday.

The catalyst for the punch-up was the way that multi-entrant teams were using their slower karts to block and spoil the progress of the leaders. This culminated in a kart from the MDG Matrix team, also running the leader Felipe Massa, blocking the chasing kart of Sambaiba Centerbus Racing, driven by Tuka Rocha.

Rocha punted off the blocking kart, driven by Rodrigo Dantas, and when he remonstrated with Dantas, it escalated into ugly scenes of violence.

“Race confusion – we always hear about this,” said Giaffone. “Sometimes a driver gets upset with another and it ends up in a collision on the track. But this time, it was so deliberate, and made worse with Dantas trying to punch Tuka on the ground, with his head against the track...

“He’s a guy I’ve known for a long time, and this is not the first time he’s been involved in it. I’m going to have to get really hard on it. [Until then] it was a very cool race – one of the best-disputed we’ve had. Certainly those involved [in the fight] must be punished in some way.”

When it came to the strategies of teams using spoiling tactics, Giaffone said he is prepared to rethink the rules to avoid a repeat of the scenario.

“There has always been a team game in the event,” he said. “But for a team to help themselves, and not disrupt another team.

“I will think of a way that, maybe in the last hour of the race, no one can get close to who is leading the race. Neither to help nor to disrupt.

“We’ll have to formulate something so it does not happen again.” 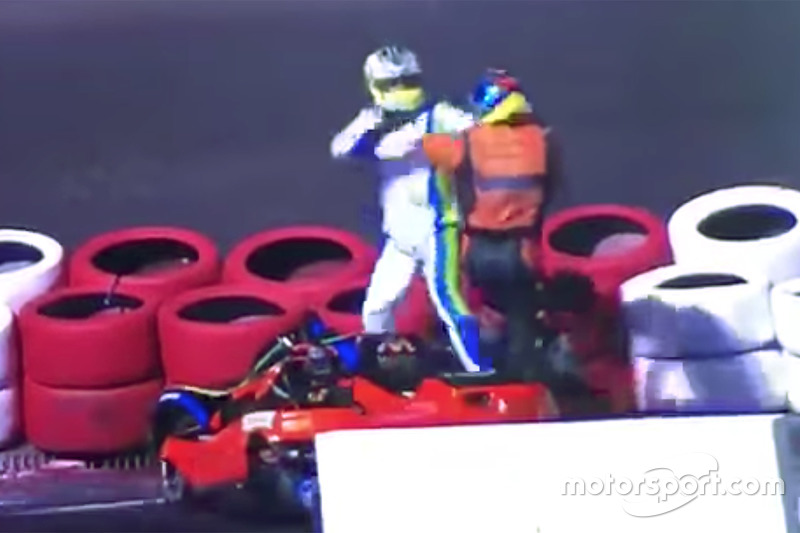