AF Corse Ferrari pair Come Ledogar and Alessandro Pier Guidi were crowned drivers' champions at the end of the three-round series that began with last summer's Spa 24 Hours, while Audi claimed the manufacturers' prize at the South African venue.

However, it was the ASP Mercedes-AMG GT3 shared by Raffaele Marciello, Jules Gounon and Timur Boguslavskiy that came out on top in the race itself, beating the #51 Ferrari 488 GT3 of Ledogar, Pier Guidi and Miguel Molina by 15 seconds.

Just 13 cars (two of which only contested the opening hour) took the start of the race, which was originally due to be held in December but was delayed due to the emergence of the Omicron variant of COVID-19 in South Africa.

Both Ferrari and Audi went into the event having shuffled their crews in a bid to maximise their drivers' title chances. Nicklas Nielsen, who had jointly led the standings with Ledogar and Pier Guidi following their Spa win, was moved across to the sister #71 Ferrari to join Antonio Fuoco and Alessio Rovera.

Kelvin van der Linde was brought in to join Niederhauser and Winkelhock aboard the Sainteloc R8 LMS Evo, while Haase moved across to WRT to partner Charles Weerts and Dries Vanthoor.

There was a further change prior for WRT to the race as Mattia Drudi ended up deputising for an unwell Vanthoor.

Audi, which had a commanding 36-point lead in the manufacturers' championship coming into the race, effectively clinched the prize when the #71 Ferrari dropped out of the race with gearbox issues after three-and-a-half hours, becoming the race's only retirement. 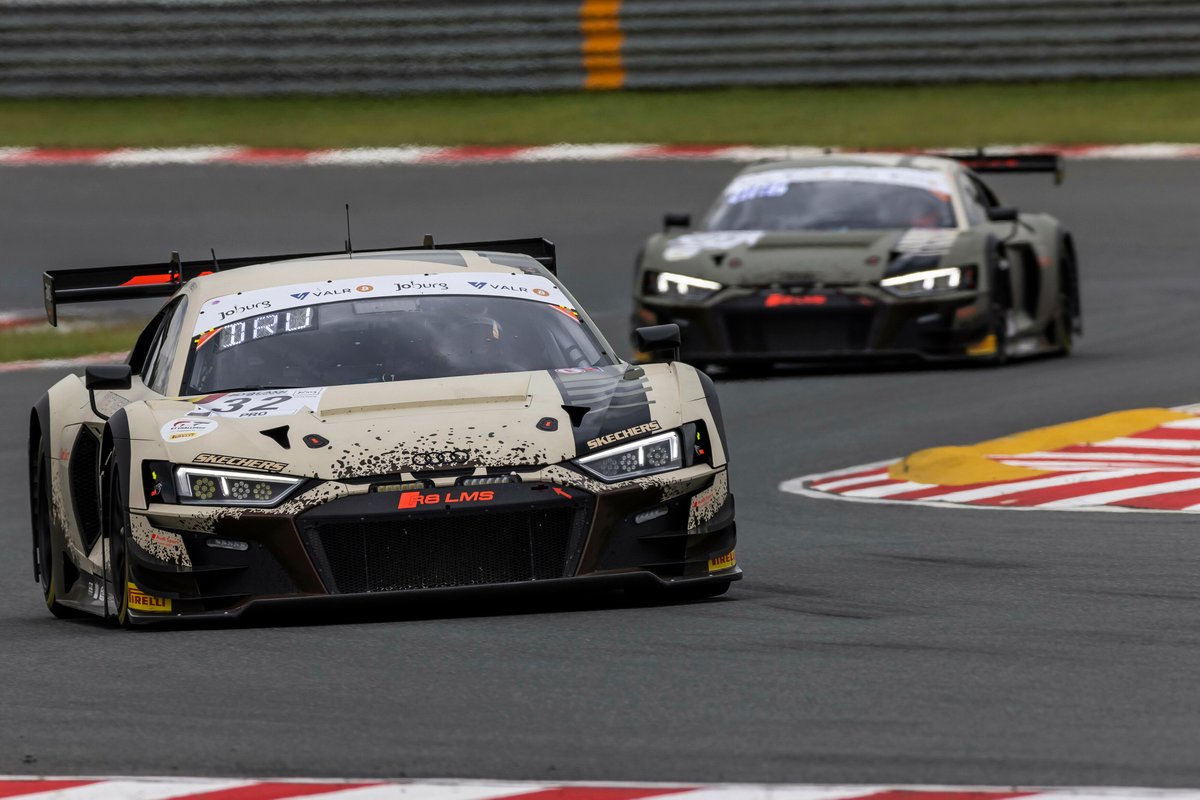 However, the battle for second behind the dominant ASP Mercedes - which started from pole, set fastest lap and was in mostly in command throughout - ended up deciding the destination of the drivers' title.

Ledogar and Pier Guidi's chances took a blow when the #51 Ferrari was hit with a drive-through penalty for not respecting track limits, but a mid-race safety car period bunched up the pack and allowed Pier Guidi to make what proved to be the critical pass on the WRT Audi of Drudi for second.

Pier Guidi, who was also responsible for the winning overtake at Spa, commented: “It has been an extraordinary season, and I think it will be tough to repeat it because, even though it’s now 2022, this result incorporates those of last year. Together with Ferrari and AF Corse, we won everything we could win.

"I feel bad for Nicklas, who has been racing with us all season, but Ferrari’s choice to split us up was logical to try and double our chances of success. I would like to thank Miguel and Come for a wonderful race.

"Today, for the first time, my final stint was uneventful and I was able to manage the lead and the car. The season took the right turn for us at Spa-Francorchamps and, in the end, we won this title thanks to two very good overtakes." 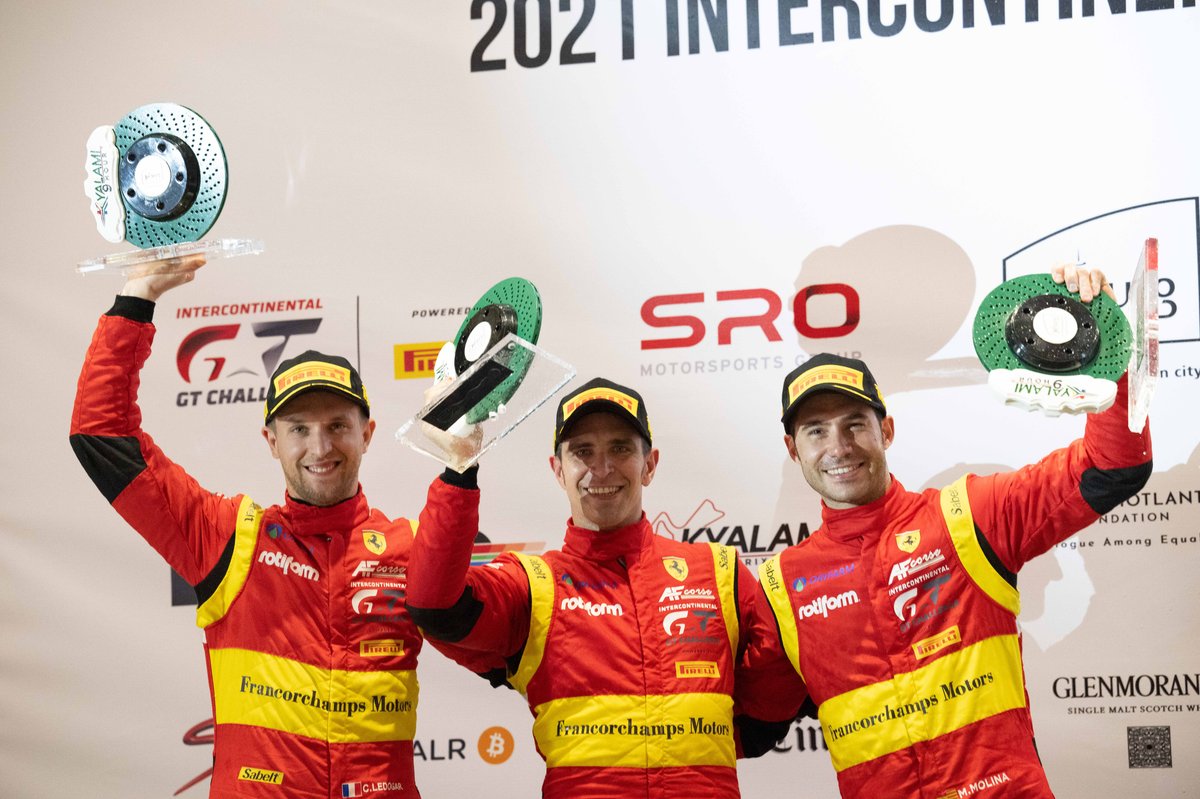 A late spin for Haase after he took over the WRT car dropped the Belgian outfit to fourth behind the Sainteloc car, allowing Niederhauser and Winkelhock to finish second in the drivers' table, five points adrift of Ledogar and Pier Guidi.

Haase was a further three points back in third, tied with top Mercedes representative Boguslavskiy - who was in a different ASP Merc to teammates Marciello and Gounon for the Spa season opener.

Victory for Mercedes combined with one of Ferrari's two cars failing to make the finish meant it was the German brand that finished as runner-up in the manufacturers' standings, 36 points behind Audi and nine ahead of Ferrari.

Remaining registered IGTC manufacturers Lamborghini and Porsche sat out the Kyalami race altogether, although the former was represented on the grid by three South African-entered Huracan GT3 Evos.

The 2022 IGTC season is slated to kick off with the rescheduled Bathurst 12 Hour in May.

Christensen: "If world is fair" Porsche will get WEC GTE Pro title