Urrutia blows the opposition away at Mid-Ohio 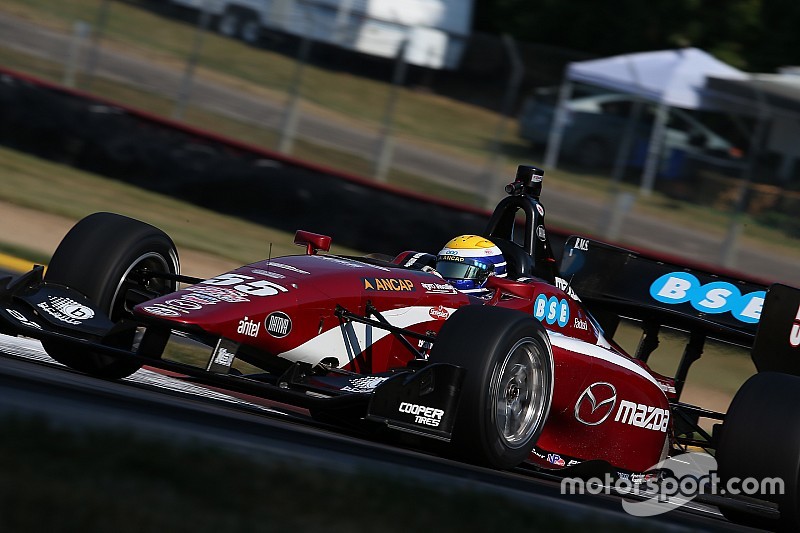 Santiago Urrutia’s dominance in qualifying could have been put down to the track getting quicker with every lap, but his speed in the race proved he and Schmidt Peterson Motorsports were hooked up like no one else.

The first half of the opening lap was the last any of his rivals got a clear view of Urrutia, and his third win of the season seemed a formality thereafter. He crossed the line some 6.5 seconds clear of teammate Andre Negrao, but it could have been double that. On Lap 27 of the 30, Urrutia set the fastest lap of the race at 1m11.997sec; the best his rivals could produce was a 1min12.553, from third-placed Dean Stoneman of Andretti Autosport.

Carlin Racing’s hopes were shot when front-row starter Felix Serralles got a slow run from Turn 1 down to the Keyhole, then locked up as he tried to protect the inside line from Negrao.

That lost Serralles enough momentum that Stoneman was able to draw alongside him around the outside of Turn 5 and over the crest, and completed the pass two turns later. The Andretti dri er would spend the remainder of the race holding off Serralles, eventually crossing the line just 0.4sec ahead, and 4.2sec behind runner-up Negrao.

Zachary Claman De Melo was first Juncos Racing car home, having to make some vigorous moves at Turn 4 to hold off Shelby Blackstock in the second Andretti car.

The second Lights race of the weekend starts tomorrow at 12.25pm local time.