Telitz to race for Belardi again in Indy Lights 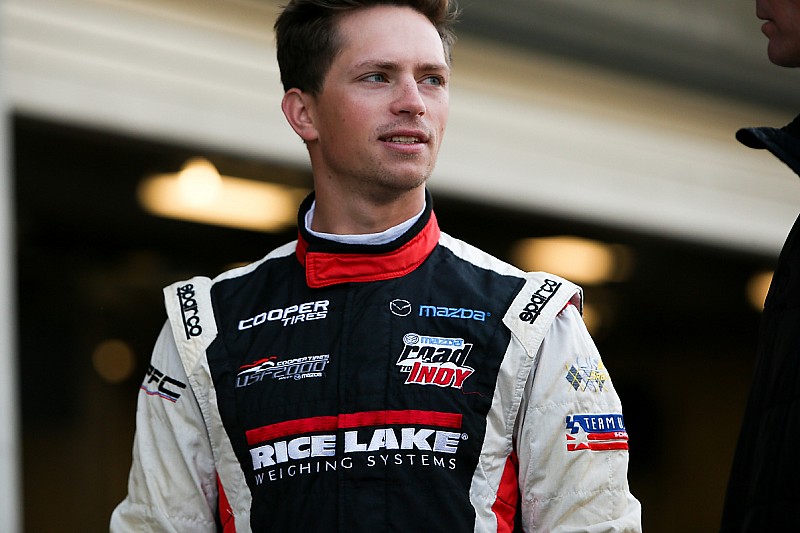 Belardi Auto Racing has announced 2016 Pro Mazda champion Aaron Telitz will return to the squad for a second year of Indy Lights, but admits there remains a budget shortfall.

According to a team statement, “Telitz currently has a partial budget for the season, and he and his management team continue talks with prospective marketing partners.”

The 26-year-old from Wisconsin bookended his inaugural Lights season with victories in St. Petersburg and Watkins Glen and finished sixth in the championship.

“I’m incredibly excited about how our team is developing for 2018, and being able to run Aaron again next year is such a huge positive for our organization,” said team owner Brian Belardi. “As a rookie last year, he showed us his talents immediately, winning the opener at St. Petersburg. As he continued to develop in the car, he became even more impressive. I believe that his performance in the rain at Watkins Glen is a real indication of just how good Aaron is and how good he could become. We’re thrilled to have him back.”

Said Telitz: “It’s a great feeling to be coming back with Belardi Auto Racing to have another go at the Indy Lights Championship,” Telitz enthused. “This will be the first time in my career that I get to drive for the same team in back-to-back years. The continuity is already there and we will be a force from the drop of the green flag at St. Pete.”

“As always, funding could be a limiting factor for me as I will be working to finish out my budget throughout the season,” Aaron continued. “Brian has been gracious enough to work with me and figure out how we can make it work this year. I want to offera massive thanks to my long-time partner Rice Lake Weighing Systems, who have been with me since Formula Ford and continue to ensure my racing career is able to flourish. Also thanks to Morrie’s Auto Group, PPG, Assured Automotive, Styled Aesthetic, Liberty Engineering, and Bell Helmets, who are all on-board to assist in my run at the championship in 2018.

I know that we will have our work cut out for us, but I’m confident that we can get the job done and bring the Driver Championship back to Belardi in 2018.”

The statement said that Belardi will run “at least three cars this season, with the potential for a fourth seat for the right driver.”