Rosenqvist ends Indy Lights campaign, retained for next DTM round

Swedish driver Felix Rosenqvist has decided to call time on his season in IndyCar's support series Indy Lights, as the hectic schedule meant seeing out the campaign was "a logistic impossibility". 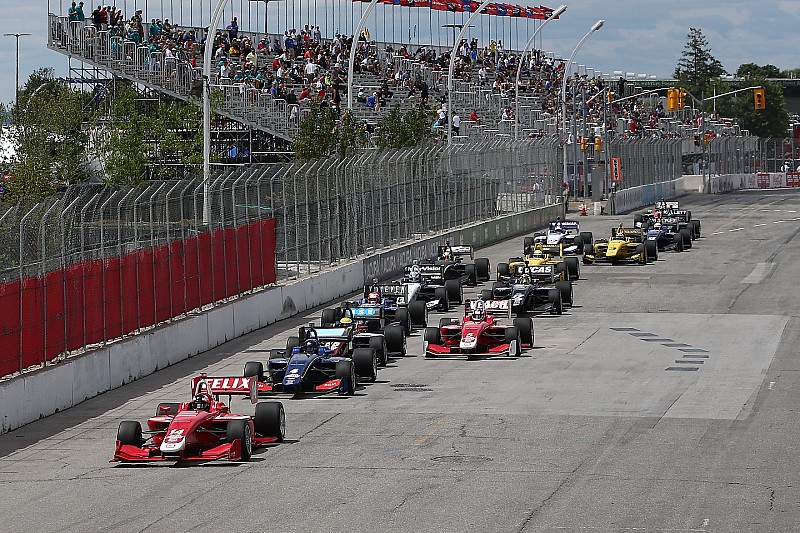 Rosenqvist, who had combined racing for Belardi Auto Racing in Indy Lights with a Blancpain GT campaign and a Mercedes DTM reserve role, was announced as a Mahindra driver for season three of Formula E just a two days after his DTM race debut.

Two rounds remain in Lights in 2016, the series racing at Watkins Glen on September 3 and at Laguna Seca a week on from that.

However, Rosenqvist will not be present for either - and has instead been confirmed by Mercedes for the September 10-11 DTM round at the Nurburgring.

"I’ve had a fantastic time in the US this year, and it’s been a really great and interesting experience,” said Rosenqvist, who has three wins in the series.

“It’s a shame not to see out the season, but it’s just a logistic impossibility.

"I would like to thank Belardi Auto Racing for all their efforts this year; it’s a great team, and I hope we will find a way to work together again in the future. In the meantime I wish them continued success.”

Replacing F1-bound Esteban Ocon, Rosenqvist finished 10th on his DTM debut in the mixed conditions Saturday race at Moscow Raceway, although he would subsequently be muscled down the order from 13th to 20th in the dry race on Sunday.

On Rosenqvist's chances to remain with Mercedes DTM in the long term, head of programme Ulrich Fritz told Motorsport.com: "In general, I have to say, we were really impressed, I think his chances to stay with us have not gotten worse.

"I think there is a chance that he's available [for 2017], I think he's been working for that target already for a long time, so it's just a question of whether things fit together or not."

The Formula E and DTM calendars clashed during both seasons of the all-electric series so far, with Antonio Felix da Costa forced to skip two Formula E rounds in 2014-15 and one in 2015-16 due to BMW DTM commitments.

Rosenqvist, however, has also been tipped for a future in IndyCar, with Chip Ganassi Racing's Mike Hull saying "he’s ready to move up" after the team tested the Swede at Mid-Ohio.

Claman de Melo steps back to Indy Lights with Belardi