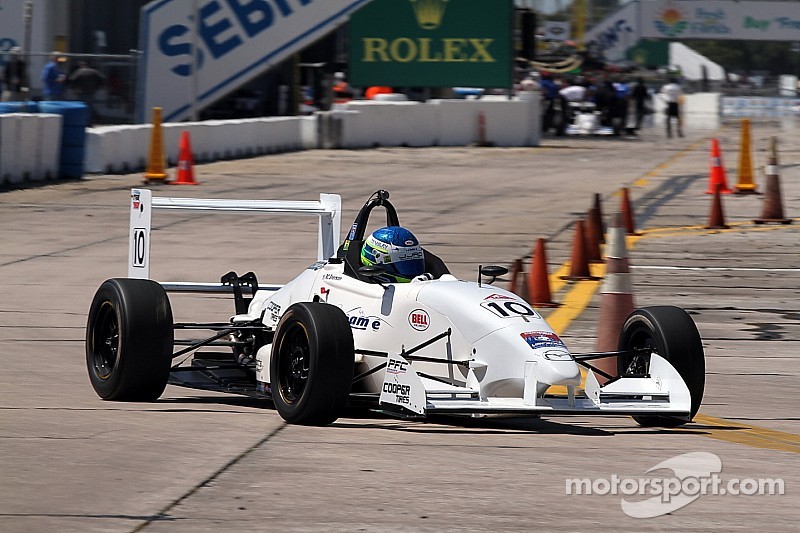 Cooper Tires USF2000 Championship powered by Mazda standout Enerson was the 2014 Winterfest Champion. He finished second in the overall USF2000 championship in 2014, earning five wins, one pole and nine podiums.

"SPM is a great organization," Enerson said. "Surrounding myself with experienced team members, where there is chance to advance up to the Verizon IndyCar Series within the team, is ideal. I wouldn't want to be anywhere else."

Enerson completed his first test with SPM Dec. 17 at Palm Beach International Raceway. The test on the 11-turn, 2.043-mile road course was the first opportunity for Enerson and the team to shake down the new Mazda-powered IL-15 car.

"I'm sure people will be very surprised at how different this new car is from the previous Indy Lights car," Enerson said. "It's easier to drive but harder to handle. It will take more patience, as there is less throwing the car around and more smooth driving to keep the car calm."

Enerson's confirmation moves SPM one step further in preparation for the season- opening races March 28 and 29 through the Streets of St. Petersburg, Florida.

"We're very pleased with RC's contribution in developing the Mazda IL-15 during our first test," team owner Sam Schmidt said. "He has a bright future, and we expect he will be an asset to SPM as we pursue the Indy Lights championship with the new car."

SPM is the most successful team in Indy Lights history with seven championships, and Schmidt plans on contending for more wins and an eighth championship in the IL-15.

"Dallara and Mazda-AER have combined to make a really nice race car," Schmidt said. "The IL-15 is brand new from end to end, and the combination performs as well as it looks. The 2015 championship should be very interesting. Both SPM cars ran flawlessly during our test in Palm Beach, allowing us to answer a number of questions. The engineering group has plenty of information to review over the holidays, and we can't wait to get out on track again with this car."