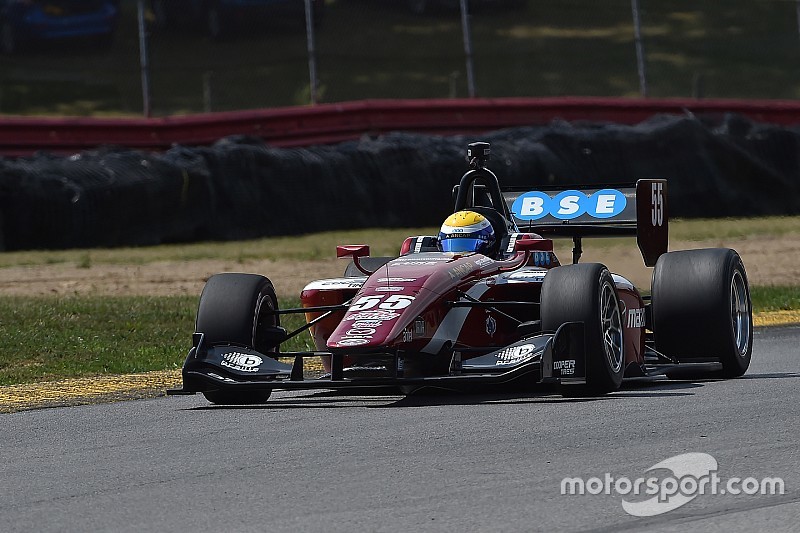 In an unnecessarily long session – 45 minutes for 12 cars – Urrutia lapped the 3.37-mile course in 1min32.2997sec, an average lap speed of 131.441mph. That was enough to eclipse teammate Andre Negrao by 0.18sec and earn the Uruguayan his third consecutive pole, despite spinning on his second run and briefly stalling.

Negrao, who has earned four podium finishes in the last six races but still seeks his first victory of the season, was 0.15sec clear of Ed Jones, who lies second in the championship with three races to go. The Carlin driver will share the second row with Kyle Kaiser of Juncos Racing, who was just 0.03sec slower.

Zach Veach, who continues to run solo for Belardi Auto Racing following Felix Rosenqvist’s decision to commit to DTM for the remainder of the season, was fifth fastest ahead of the second Carlin Racing machine, now carrying SAP sponsorship, in sixth.

Andretti Autosport was struggling, with Dean Stoneman qualifying only seventh, some seven-tenths off pole. He lies third in the championship, but reliability issues at Toronto and Barber Motorsports Park have hampered his challenge.