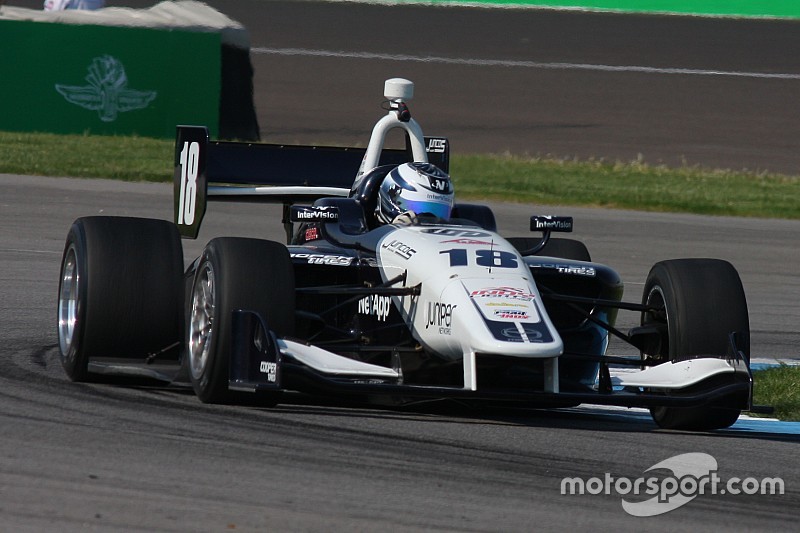 Californian driver Kyle Kaiser will remain in the Indy Lights series in 2016, having re-signed with Juncos Racing.

Kaiser, 19, has been part of the Juncos set-up since 2014, when he linked up with the team in Pro Mazda, finishing sixth in his sophomore season with a maiden win at Sonoma.

He remained with the squad when it expanded to Indy Lights last year, partnering eventual series champion Spencer Pigot, and was sixth again.

"I’m excited to return for another year of Indy Lights with Juncos Racing,” said Kaiser. “The chemistry and team synergy we’ve developed over the past two seasons, combined with their work ethic, passion, and dedication will be a huge advantage going into next year.

"I am very confident in the team’s ability to provide me with a car to win races and defend their title during my sophomore season. There is a great race schedule ahead of us, and I’m looking forward to competing on some of my favorite tracks.

"I am more motivated than ever to succeed, and I’m grateful for the team, my sponsors, and everyone involved for putting their faith in me this upcoming season."

"It is with great pleasure we announce that Kyle will be returning to Juncos Racing for the 2016 season,” said team boss Ricardo Juncos. “This will mark the third consecutive season we will work with Kyle, and sets a team record for the longest successive seasons we have worked with any driver.

"Having closely worked with Kyle last year, I can personally say that he will undoubtedly be a championship favorite in 2016."