Canadian ace Scott Hargrove will continue with Team Pelfrey’s Indy Lights team at Phoenix and both rounds at Barber Motorsports Park, but both parties believe it will become a year-long deal. 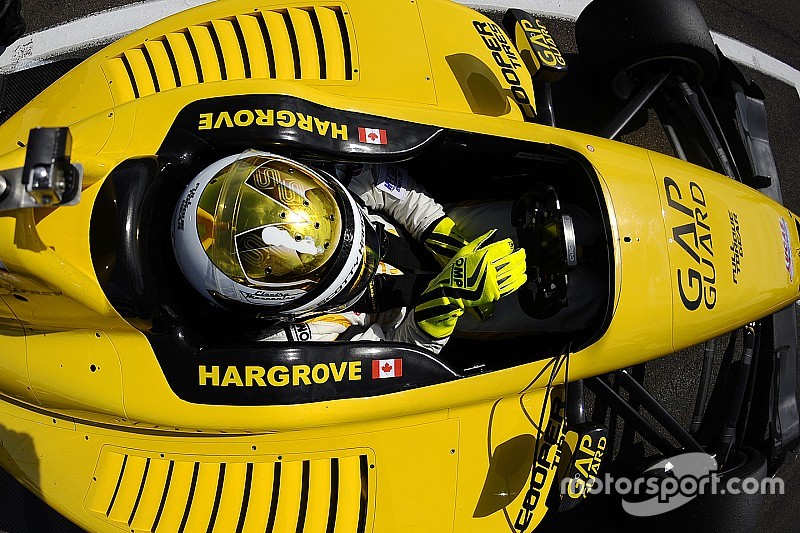 A Team Pelfrey insider told Motorsport.com, “We’re working on that deal and it’s getting closer by the minute,” while Hargrove himself added: “I don’t want to sound like it’s been finalized, but yes, I believe we’re going to be together for the whole season.”

In February, Hargrove was confirmed at Pelfrey just for the season-opening rounds at St. Petersburg, in the team’s first season in Indy Lights.

Following an abortive test at Phoenix due to mechanical failure, and a successful test at Barber Motorsports Park, where he was third-fastest, Hargrove impressed at St. Petersburg and lies fourth in the championship.

In Race 1, he qualified fifth and finished second, while in Race 2, he started ninth, got involved in a first-lap collision, but went on to set second-fastest lap of the race.

With regards to the collision in Race 2, Hargrove said: “Going into Turn 1, we were three-wide and I got pinched by the cars on either side of me, my right-front tire had contact with someone’s front wing.

“I thought I was through relatively unscathed, and had a good run on Shelby [Blackstock] going into Turn 3, but as soon as I hit the brakes the right-front locked up because the tire was deflating from the earlier contact. So I wasn’t slowing down, and I decided I could either go into the tire wall, or turn in and hope that Shelby wasn’t in the way. Unfortunately he was still there…

“It’s a pity, because the right-rear suspension was bent – the guys were literally jumping on my suspension to straighten it! And they replaced my punctured right-front with a tire left over from qualifying, which had a flat spot. And still we got second fastest lap of the race, only a few hundredths off quickest! So that gives us an idea of what might have been.”

Hargrove admits he “got lucky” in that no driver got a big break in the championship by winning both races, and only Kyle Kaiser (Juncos Racing) appeared on both podiums, and the only other two drivers ahead of him in the championship are St. Pete winners Felix Rosenqvist and Felix Serralles.

Inexperience not a problem

Having raced the Dallara IL-15 Indy Lights car just twice before this season, Hargrove is almost as inexperienced as graduates from Pro Mazda or European newcomers such as Rosenqvist (Belardi) and Dean Stoneman (Andretti Autosport). However, Hargrove said he feels he has many things in his favor, too.

“From a personal point of view, I’ve always regarded it as a strong point of mine to be able to adapt easily to different cars. I’m able to get up to speed pretty quickly.

“The Indy Lights car has quite a lively rear end, which suits my style, because you have to be smooth on your inputs to get a good lap time, otherwise it’s dancing all over the place. And then I have a lot of experience of turbocharged street cars, and knowing the characteristics of turbo power delivery has helped with this Lights car.”

Going for the wins

Said Hargrove: “We only got 20 laps in at Phoenix, so that doesn’t help and there’s never enough testing when a deal comes together late as ours did. So at St. Pete we were definitely behind other teams as far as on-track time goes.

“But that said, 8Star [whose Lights team Pelfrey acquired] learned a lot last year, [race engineer] Yves Touron’s cars always unload with a setup that’s in the ballpark, and I have two seasons of USF2000 and two years of Pro Mazda, so I know most of the tracks.

“So I was super confident heading into St. Pete, and I’m super confident for the rest of the season, to be honest. Phoenix might be tough, but it’s a case of coming home with a decent haul of points, and then at Barber I think we should be contending for the win again.”