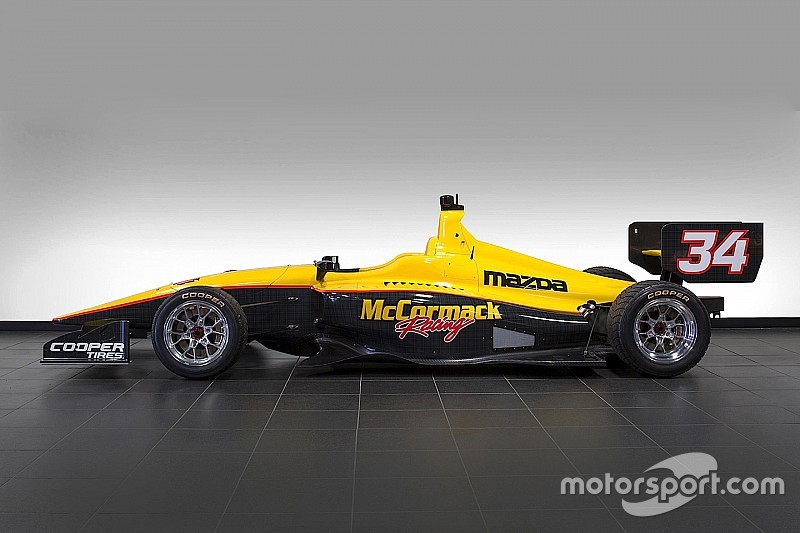 The 18-year-old son of 11-time Indy 500 participant Davey Hamilton is aiming for the Verizon IndyCar Series, after finishing third in the national Sprint Car series championship.

However, he admits that more funds are still needed to get a full-season Lights campaign set in stone.

"This opportunity with Jack McCormack is something I have been looking forward to for a long time," Hamilton Jr. said. "We are working hard to be on the grid in March to challenge for wins and ultimately an Indy Lights championship.

“We still have some work to do financially but we're pushing hard."

The team has tentative agreements in place to compete in the entire Indy Lights season, but is still seeking further funding.

McCormack’s racing history goes back to 1966 in drag racing before a successful career in engineering and car ownership across IMSA, IndyCar, Indy Lights, and USAC. His rollcall of drivers include Sam Posey, Pancho Carter, Roger McCluskey, Jerry Sneva, Tom Sneva and Geoff Brabham.

Hamilton Sr., whose best Indy 500 result was a fourth place in 1998, scored several podiums in IRL IndyCar between 1997 and ’99. He is still a regular 'chauffeur' in IndyCar's two-seater program, and as recently as last year was co-entrant with Dreyer & Reinbold Racing for Townsend Bell's entry.

McCormack Racing and Hamilton Jr. have spent much of the off season testing, primarily at Buttonwillow Raceway in California, initially with the previous-generation Indy Lights car, and more recently with the current Dallara IL15-Mazda AER.

The team will also have a private oval test later this month before joining the series for the open test at Phoenix International Raceway.