Will they ever trade paint? 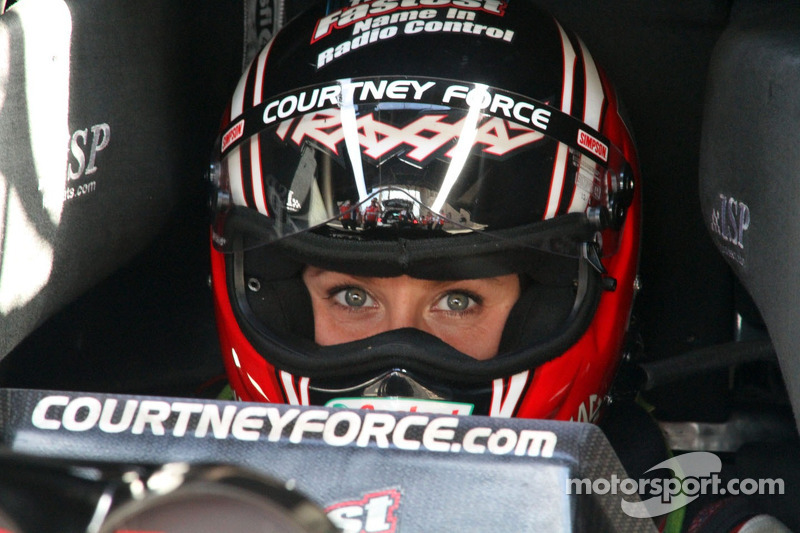 Could you imagine the potential talent of their children?

What happens when you put the son of a three-time Indy car champion and two-time Indianapolis 500 (once as a driver, once as an owner) together with a 16-time NHRA Funny Car champion’s daughter?

Graham Rahal and Courtney Force have become friends over the past year and been spotted at each other’s races when their busy schedules allow. Rahal, the son of a well-thought and educated driver/team owner who’s traveled the open wheel and sports car universe throughout his life enjoys hanging out with Force, whose bombastic father is the most successful Funny Car driver/team owner of all time.

Both are the hoped-for successors to their parents’ success.

Graham has a single win and pole in the IndyCar Series and just this year took on the added task of driving his father’s BMW Z4 sports cars in the TUDOR United Sports Car Championship (TUSCC) series during endurance events (when time allows, obviously). 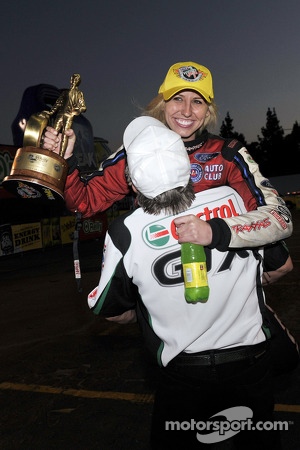 During last month’s Rolex 24 at Daytona, Courtney Force experienced her first endurance race, staying at the massive Daytona International Speedway facility throughout the twice-around-the-clock contest. It was an eye-opener for the Cal State Fullerton graduate, who has a “passion for every type of racing. Before I met Graham I went to Indy car races,” she said. “I went to the Indy 500 about two years ago and the year before I went to the Brickyard 400.

“I think as a driver I’ve always had a passion or every type of racing. I’ve been to the Chili Bowl and other sprint car races and I’ve been to a lot of different races. I just love it.”

While she’s accustomed to keeping her car running as straight as possible in her four-second contests, she is enthralled watching drivers come close to one another as they contest for position. “It’s incredible what some of those guys do. It’s definitely fun to see different types of racing, especially during our off-season.”

While she had no idea what to expect going into Daytona – “I probably asked 100 questions going there because I didn’t understand it” – Force tried to understand the complexities of racing for 24 hours. She found it exciting. 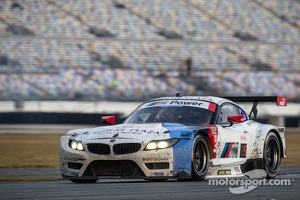 “It’s unbelievable that the car keeps going for that long. I’m used to a car that can only last four seconds,” Force explained. “You take the motor apart, rebuild it and get ready for the next run, but in a 24-hour race, I just don’t understand how those drivers and teams do it. It really shows that they have a lot of teamwork over there, with four different drivers racing for 24 hours. Obviously they’re not driving for the full 24 hours but doing their two to two-and-a-half-hour stints throughout the 24 hours. It’s pretty unbelievable,” she said.

Courtney Force didn’t stay awake for the full 24 hours. “Especially in the middle of the night it was pretty crazy there to watch and witness. You get tired in the middle of the night and you have to have the energy and the strength to get in the car and be competitive against all those other drivers out there on the track. And you have to have your focus or you can get hurt out there,” Force said. She needed some coffee at 4 in the morning, “And I don’t drink coffee,” Force allowed.

There really isn’t much crossover between drag racing and either Indy car or sports car endurance competition, other than the commonality of competition itself. “It’s nice to know that we don’t have to race in the rain,” Force added. “We have a 4-second car and our guys work so hard taking the motors apart and putting them back together, but to witness the pit stops (at Daytona) and how quickly they change tires and pour in the fuel and everything – it’s a little bit of a different world as opposed to NHRA and what we do between rounds… “

She was taken by the fact that there were so many compromises in endurance racing, with drivers of different sizes sharing the same car during a 24-hour race. “They may not be perfectly positioned to how they want the car to be and they kind of have to suck it up and just do it. The drivers have to agree on a seat position that will work for everyone on the team, but you don’t really have much of a say in that,” Force noted.

“It’s kind of nice, when I think about it – I get to drive a Funny Car that I’ve got a seat poured just for me, like Graham has in his Indy car, but there’s a lot of compromise you have to make as a driver to make it all work perfectly in that kind of race,” like the Daytona 24-hour race or the upcoming Mobil 1 12 Hours of Sebring.

With her desire to learn everything she can about all sorts of racing, Courtney Force has a bucket list of races she’d like to attend. Even though she grew up – and still lives – in Southern California, Force has never attended the Toyota Grand Prix of Long Beach, which is celebrating its 40th anniversary this year. “I really wanted to see the Long Beach race and that’s when we’re in Charlotte. I’ve never been to a street race like that,” she said. “I want to get to one race so I can watch Graham out on the road, going between buildings and down those streets. I’ve only been to oval tracks so I’d like to see that one.”

Last September, Force and her father John attended the INDYCAR season finale at Auto Club Speedway in Fontana, CA, just down the road from Pomona. John Force stayed for the entire event, something he rarely does. “Dad doesn’t have a lot of patience,” Courtney Force admitted. “He’s just a little antsy and doesn’t know what to do when he’s not in the car racing. It was a lot of fun, though. We got to visit the Auto Club (AAA) folks and then go to the pits and watch the race from that perspective. It was pretty cool being able to go to the Fontana track and getting to spectate with my dad was a lot of fun.”

Although she’d like to watch Graham in his No. 15 National Guard Dallara/Honda/Firestone Indy car at Fontana again this year for the season closer Force, along with her father, sister Brittany and brother-in-law Robert Hight will be at the 60th annual Chevrolet Performance U.S. Nationals in Indianapolis while Graham is competing in California over the Labor Day weekend. The schedule has a way of making it impossible for them to visit on those big weekends. “We’re in Kansas during the Indianapolis 500 so I can’t do that this year either.”

Along with the Long Beach race, Courtney Force would love to visit Austin, TX for the U.S. Grand Prix and she’d like to experience the Le Mans 24-hour race some day. Does she learn anything when she visits an Indy car race? “As a driver, it’s such a different category that it’s hard to take a lot from it, especially when you’re not in the car racing,” she said.

And how about trading paint? Putting Graham Rahal into a 10,000-horsepower Funny Car while Courtney Force tries her hand at an agile Indy car? Well, that’s a thought for the future.