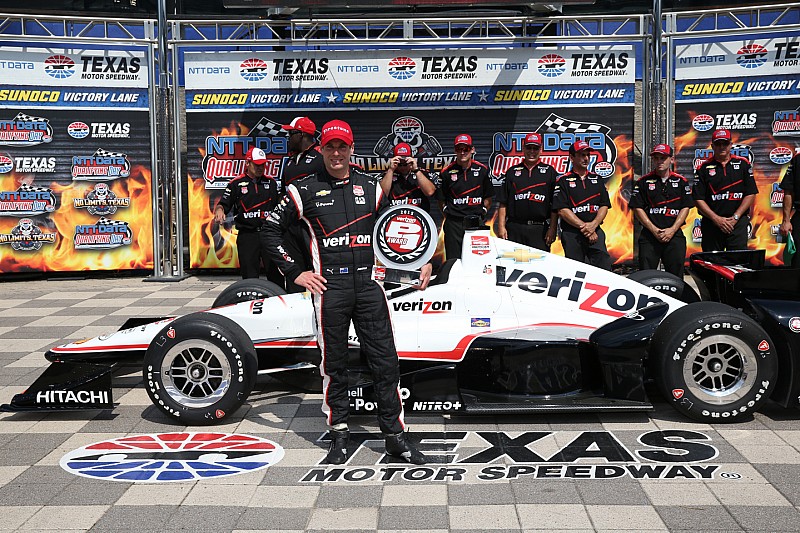 Will Power and Simon Pagenaud topped the speed charts in IndyCar qualifying.

Being first car out wasn’t the problem for Will Power, earning pole for the Verizon IndyCar Series Firestone 600 at Texas Motor Speedway.

Power was able to hold off all challengers as teammate Simon Pagenaud turned out to be his biggest threat, qualifying only .017 seconds behind Power. Team Penske sweept the top three spots the grid with Helio Castroneves third.

Power was open about the options that different drivers are exercising with the aero kits in order to make the cars go faster.

“You know, you got all this stuff you can put on to add downforce if you want. But it's quite draggy, so you lose a bit of speed. It's going to be about finding the right compromise for speed loss versus grip. I guess we'll try some things tonight and see how it all stacks up. I think you'll see a few different variations of what people bolt on as far as body kits go for the race,” Power said.

RHR has a rough day

During the morning practice session, 2012 series champion Ryan Hunter-Reay had an incident in turn two, and having a repaired car after losing a lot of practice time was a detriment to the Floridian.

“We knew we were going to miss it by a bunch for qualifying, we had to be conservative, we didn’t know what setup to really go with and no matter what, when you put a bunch of new stuff on the car like that, you never know where it’s going to be stressed,” Hunter-Reay said.

The fastest Honda was Detroit race one winner Carlos Munoz in fourth with Graham Rahal qualifying the second fastest Honda in sixth.

Stefano Coletti qualified last after losing a lot of time in the morning practice session.

“We had some trouble this morning and couldn’t run so we lost 35 minutes of the practice session, and losing track time is not something we want.”