Robert Wickens will return to open-wheel racing in 2018, after six years in the DTM championship, when he joins the Schmidt Peterson Motorsports IndyCar team to form an all-Canadian lineup with incumbent ace James Hinchcliffe. 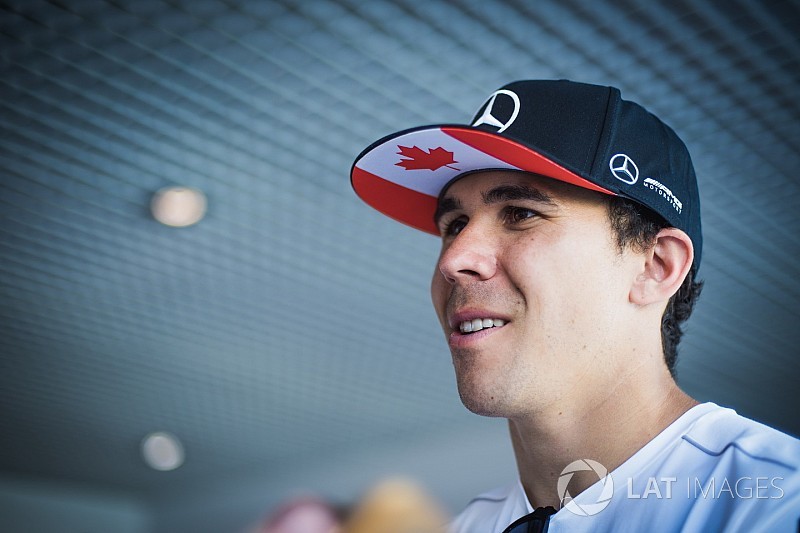 “This is an entirely new chapter to add to my racing career, and I am really excited for this opportunity that Schmidt Peterson Motorsports has given me,” Wickens said. “James and I grew up racing against one another in go karts, and to make it to the largest open-wheel racing series in North America together as teammates, it’s crazy to think about.

“I am very thankful for the six years I had with everyone at Mercedes and DTM; those are memories I will cherish forever. I can’t wait to truly see what the Verizon IndyCar Series is all about!”

Wickens completed a ride-swap with Hinchcliffe this past year, with the former testing the latter’s IndyCar at Sebring, while Hinchcliffe tested Wickens’ Mercedes DTM car at Mugello.

In addition, Wickens got seat time in the IndyCar at Road America this year, when he completed the practice sessions for the Kohler Grand Prix as a substitute for visa-delayed Mikhail Aleshin.

Hinchcliffe, who was simultaneously confirmed as having signed a multi-year extension to his contract with Schmidt Peterson, stated: “Not only am I really excited to be able to say I’ll be back with SPM for next year and beyond, but I am also really looking forward to being teammates with one of my oldest friends.

“Robbie and I grew up racing against one another, eventually took different paths… but it’s pretty neat that we both ended up here and we get to live our dream of being professional racing drivers, together on the same team.

“I think 2018 is going to be a great year for the SPM organization, from having Robbie here to the team’s new partnership with Honda and the 2018 aero kit. I just can’t wait to get back on track and bring some good results home for the Arrow Electronics crew.”

Team co-owner Ric Peterson said he was proud to be able to create the first all-Canadian Indy car pairing since Paul Tracy and Pat Carpentier in 2004.

He commented: “We’re all very pleased to have Robert on board, and not just because he’s another Canadian. He's obviously someone who has been on our radar for some time now, and we’re excited about this new chapter in the SPM organization. We’ve been building a lot of momentum within the team and hope this latest addition will be a great next step as we move forward.

Sponsor for Wickens’ #7 car will be revealed at a later date.

Wickens on O’Ward, Askew, Alonso and the rise of Arrow McLaren SP