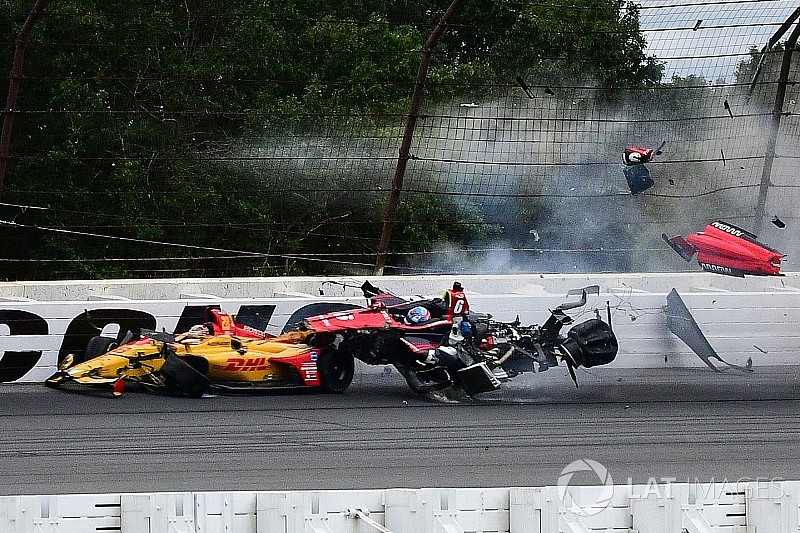 Robert Wickens suffered broken legs, broken right arm, a spinal injury and a bruised lung in his shunt at Pocono Raceway on Sunday.

The Schmidt Peterson Motorsports-Honda driver collided with Ryan Hunter-Reay on Lap 6 of Sunday’s ABC Supply 500 at the tri-oval, and launched off the back of the Andretti Autosport machine.

Wickens’ car then rode along the SAFER barrier and tore itself along the catchfencing, before returning to the track and gyrating through several 360deg spins.

A release from SPM and IndyCar late on Sunday night said: “Schmidt Peterson Motorsports driver Robert Wickens is being treated for injuries to his lower extremities, right arm and spine following an incident in the ABC Supply 500 at Pocono Raceway.

“He also sustained a pulmonary contusion.

“He will undergo an MRI and probable surgery at Lehigh Valley Hospital – Cedar Crest. Further updates on his condition will be provided when available.”

On Monday, IndyCar released another update regarding Wickens' condition: