Sunday Aug. 30 sees the completion of NTT IndyCar Series’ third double-header of 2020 and the ninth round. Here’s how to follow the action from the second half of the Bommarito Automotive Group 500 at World Wide Technology Raceway. 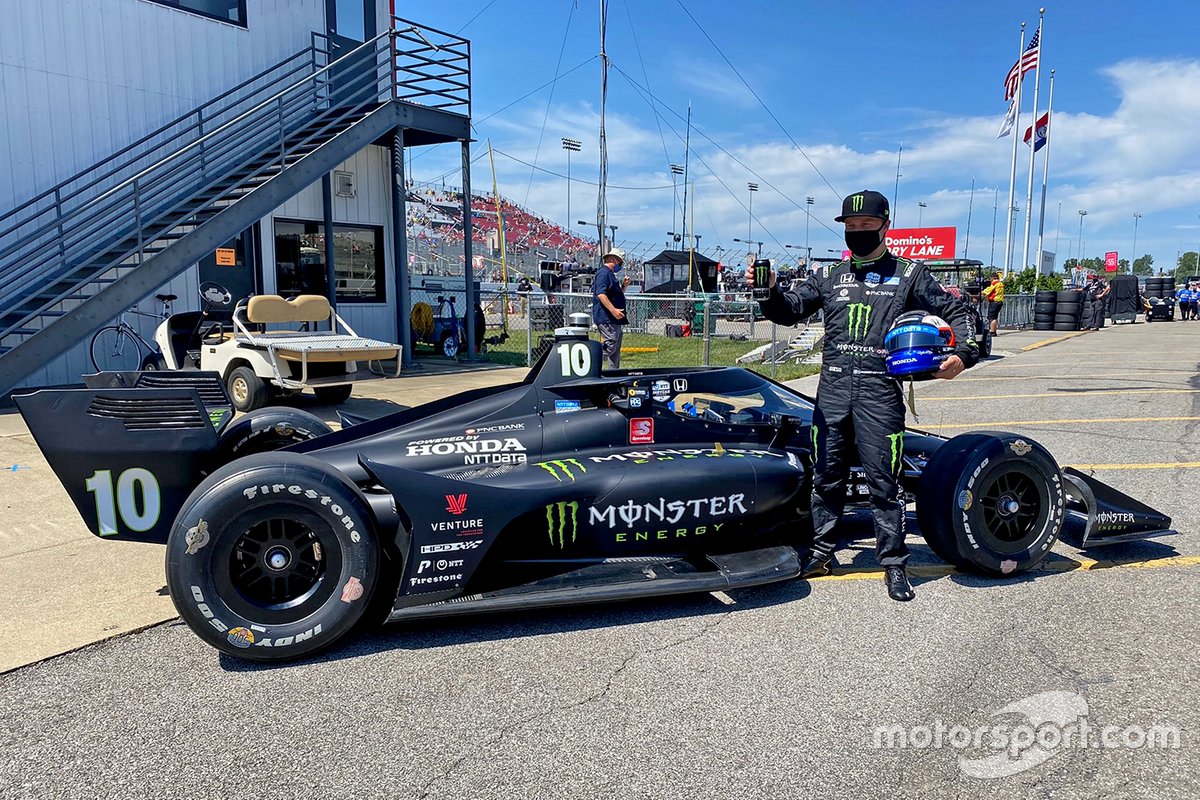 How Felix Rosenqvist's Chip Ganassi Racing Honda will look in today's second Gateway race. He starts from ninth on the grid.

The grid order for the two races was decided as it was in Iowa – a driver’s first of two flying laps set his time for yesterday’s race, while his second lap set the grid for this afternoon’s race.

Will Power scored the 59th pole position of his IndyCar career yesterday and led until his first pitstop. However, he and Josef Newgarden had their races ruined by a yellow flag for moisture in the area while they were running a lap down having pitted early. Their Team Penske-Chevrolet teammate Simon Pagenaud also lost out through no fault of his own, having been knocked into a spin at the start of the race and his car was too damaged to maintain racing pace and he was told to park. Power's hopes were further dented by a right-rear puncture.

Pato O’Ward of Arrow McLaren SP-Chevrolet took over the lead but was later beaten out of the pits by Chip Ganassi Racing's Scott Dixon who went on to score his 50th win, holding off Takuma Sato's late-stopping Rahal Letterman Lanigan-Honda which had charged onto his tail with fresher tires.

Today, Sato starts from pole with Newgarden alongside, Power and O'Ward on the second row, while Jack Harvey of Meyer Shank Racing is in fifth, ahead of Dixon and Marcus Ericsson in two Ganassi cars, and Pagenaud.

For a preview, facts, and full schedule for the event, click here

The grid line-up for today's race:

Dixon: 50 Indy car wins milestone is huge, not just for me