The 2021 NTT IndyCar Series’ 16th and final round will be held on the streets of Long Beach, California. Here’s all you need to know about how to enjoy the event.

When is the IndyCar race at Long Beach?

What is the full on-track schedule? (All times are local/Pacific):

How can I watch IndyCar at Long Beach?

Leigh Diffey is the lead announcer for NBC’s coverage of the NTT IndyCar Series, alongside analysts Townsend Bell and Paul Tracy.

Can I stream the IndyCar race?

The race itself cannot be streamed, just practice, qualifying and warm-up.

How can I listen to the race?

Mark Jaynes will be lead announcer alongside analyst Davey Hamilton. Jake Query, Nick Yeoman and Michael Young are the turn announcers, while Ryan Myrehn and Alex Wolff will report from the pits.

What’s the weather forecast for the race?

All days are set to be sunny with occasional clouds. Friday will see a peak temperature of 75degF, Saturday 77degF and Sunday 72degF.

Three drivers are mathematically eligible for the championship but Palou is 35 points ahead of O’Ward and 48 points ahead of Newgarden. With the maximum points haul being 54, even if O’Ward wins and gain all bonus points, Palou need only finish 11th, to clinch the title. Newgarden would need to win with neither Palou nor O’Ward starting the race to be able to take his third IndyCar title.

This weekend’s 46th Acura GP of Long Beach will be the 37th Indy car race at Long Beach, after last year’s race was canceled due to the COVID-19 pandemic. The local restrictions in place for the same reason saw this year’s edition pushed from its traditional April date to become the NTT IndyCar Series finale for the first time ever. 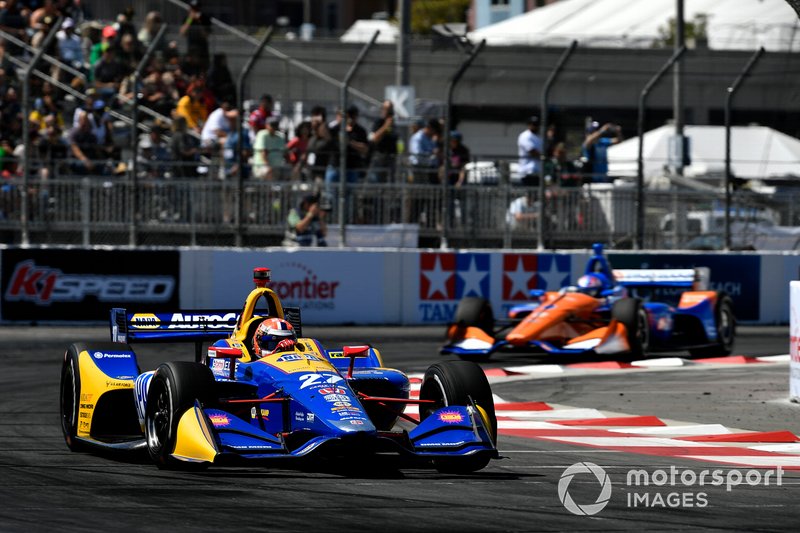