Victorious Power sure he's in contention for IndyCar title 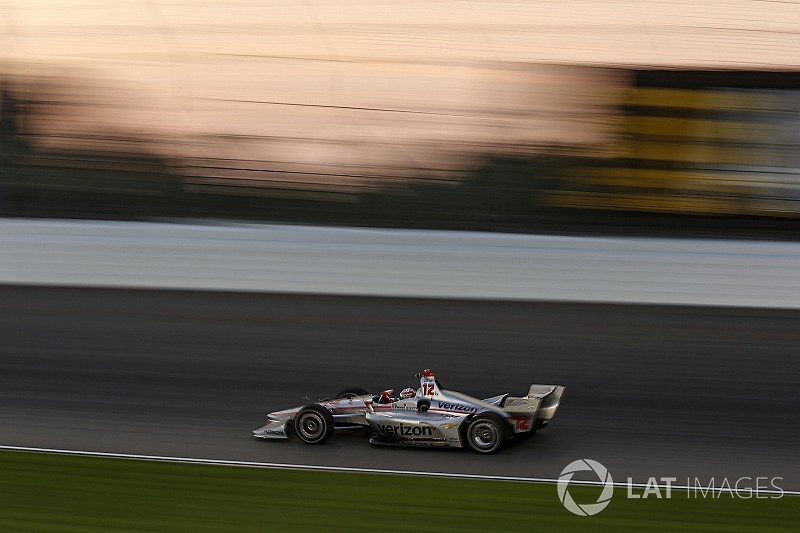 Will Power, who scored his third IndyCar win of the season on Saturday at Gateway Motorsports Park, says he believes he can still beat Scott Dixon and Alexander Rossi in the title fight.

As at Pocono a week earlier, both Dixon and Rossi reached the podium at Gateway, so although Power reached the 500-point mark, the Chip Ganassi Racing and Andretti Autosport drivers are 68 and 42 points ahead, respectively.

However, the Team Penske-Chevrolet driver pointed out that he’s heading into the season’s final two races – Portland (regular points) and Sonoma (double points) – with a similar deficit to that which he had at the end of April, yet by the end of May he was leading the title race.

“Yes, we can absolutely do it, it’s mathematically possible,” he said when asked of his outlook on the points race. “When we turned up to Indy, it was a single points race and a double points race. I was about this amount of points behind [actually it was 77], and I came out two points ahead with two wins. So yes, absolutely.

“It's going to be very tight. It's really hard to close a gap at this point of the season because as you can see, the same guys are finishing in the top five every week, and they're all the guys you're racing [for the championship]. I need those guys to have a bad day and for me to win a race.

“We have been so quick everywhere all year, we've just had… Among the guys I'm racing, between them they've had one DNF. I’ve had five DNFs, basically. I've had a lot to make up, and we're on the way there. [But] still a big chunk of points, honestly, when you're only gaining maybe 10 or 12 a race.”

After the three Penske-Chevrolets appeared to have only midfield pace in Friday evening’s 90-minute practice session, Power and race engineer Dave Faustino had a complete rethink of how to set up the car, especially for the hot and humid conditions of race day.

“The car was not that good last night,” admitted Power. “We had to work, have a really good think about it and spend a little time speaking with my engineer, and we came up with a really good setup, or what we thought would be a good setup, and it ended up being one.

“We changed a lot, actually. We changed springs front and rear, we changed toes, we changed aero, cambers… all of it. We had to make the car better, and we did.”

Power pointed out that it was his first win with Roger Penske as his strategist, because the team owner switched to the #3 car of temporary IndyCar returnee Helio Castroneves for the two Indianapolis races. And he was grateful, too, that Penske didn’t want him to try to emulate Rossi and get to the checkered flag on one fewer pitstop than the competition.

“I was so happy to win my first race with Roger,” said Power, “and when he told me I could go wide open and not save fuel, that was a great call and a lot of fun, to chop through the field. I've never passed so many cars in a shorter period of time. Yeah, I have to thank IndyCar for a great package, as well. As you could see, last year it was very difficult to pass, and they came up with a package this year where you could definitely pass and run close.

“It was the first time in my career where I'd gone that way instead of saving fuel because obviously I'm very good at saving fuel, but so many times I wish we could just go wide open. When you've got Roger on the radio, he's always pushing just to push, to go, if you've got a fast car.

“I've never passed so many cars. You just keep knocking people off one after another. I had no clue who was leading or what [the situation] was when I went out of the pits until Roger said, ‘You're the leader now.’ I was like, ‘Ooohhh, that was a good strategy.’”