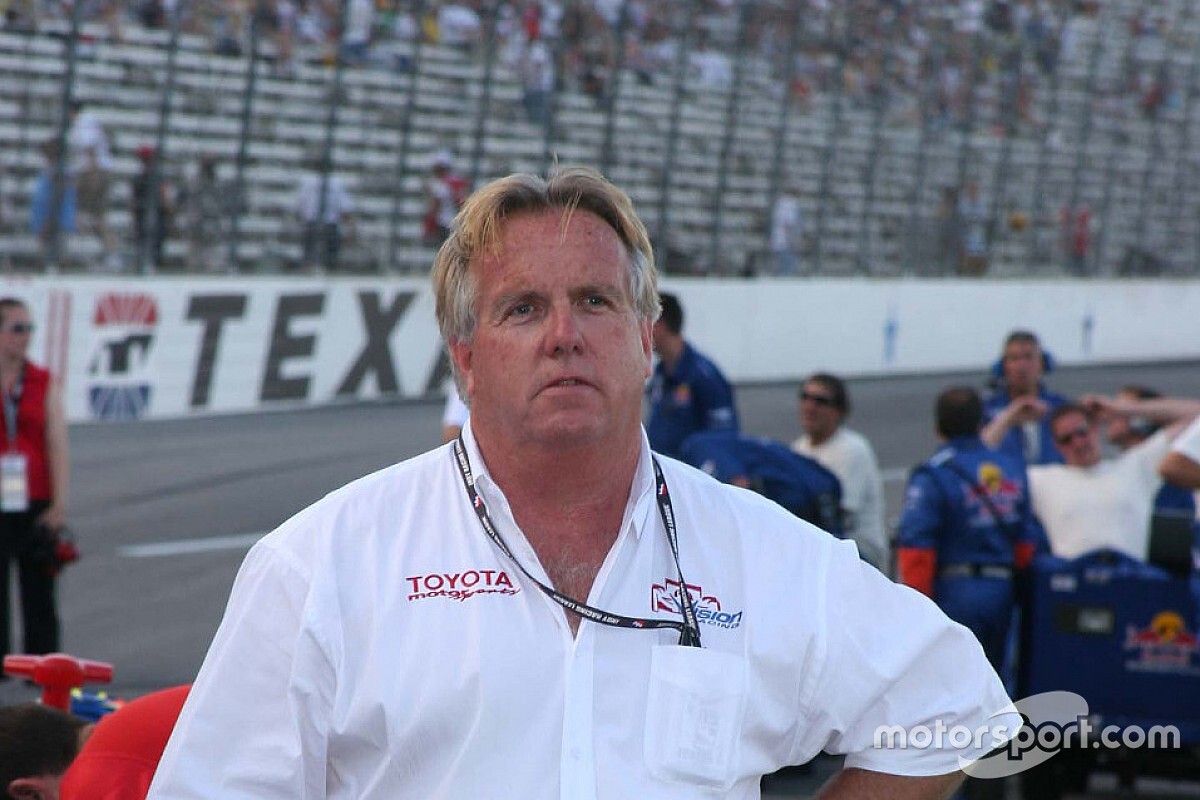 Curry, who was most recently team manager at Harding Racing, but who started out in Indy car racing as a mechanic in the early 1970s, was perhaps best known for his work as engineer at Team Menard, where he gave sprint car ace Tony Stewart his shot at U.S. open-wheel glory.

Stewart duly won the 1996-’97 Indy Racing League title championship, and finished third in ’98, across the two seasons accruing three wins and eight pole positions. Although it would remain a regret of Curry’s that open-wheel racing was too fractured at the time to offer job security to Stewart, who went on to be one of NASCAR’s 21st century stars, he was pleased and proud to see how Stewart had molded his talent to stock cars and went on to become a three-time champion.

“Without Larry Curry, I’m not sure I would’ve had the opportunity to race in IndyCar,” tweeted Tony Stewart on Sunday morning. “He pushed for me, and allowed me to make the jump from USAC to IndyCar. He always believed in me, and I’ll always remember him. RIP, Big Daddy.”

One of Stewart’s teammate in 1996 was Scott Brayton, who for a second straight year, put his car on pole for the Indianapolis 500, but died in a huge accident while practicing in his spare car.

A couple of years later, Curry would serve time for embezzling $1m of Menards money, but once his time was served, Curry was hired by IRL owner Tony George to run his Vision Racing squad. Over the next two years, the team would score a handful of top five finishes, but during the Month of May in 2008, Curry would be let go. However he was quickly scooped up by Roth Racing who needed his knowledge and experience, and he then joined Dreyer & Reinbold Racing.

The team would show plenty of promise with Mike Conway and, in particular, Justin Wilson, scoring a pole and three podiums over three years, but it was a tough time to be any team that wasn’t Chip Ganassi Racing or Team Penske.

The late Wilson would describe Curry as “a strange guy, but I can see why he’s good for younger IndyCar drivers. Larry does this thing where he’s both the good cop and the bad cop – and sometimes he’ll switch back and forth during just one debrief which is weird! But it keeps you on your toes; if I was a rookie, I definitely wouldn’t mess around in front of Larry.

“I don’t think he trusts my feedback on ovals, so we’ve had a few arguments over that. He’s… pretty strong-willed. But whatever happens in the trailer, he’s loyal outside of it. I don’t think he’s ever criticized me publicly – even when I screwed up at Toronto [spun out of second in the 2011 race]. And I think being an engineer before, he’s old-school but he still comes up with solutions if we’re struggling on the ovals, so I definitely listen to him.”

Hired by Harding Racing to manage its part-time effort in 2017, Curry would see the little squad start with a bang, Gabby Chaves driving to ninth in the Indy 500 and fifth at Texas Motor Speedway. Curry would remain with the team into 2018 but in a season of new cars, the single-car entry faced an uphill struggle.

Chaves tweeted: “Saddened by this news. So proud I was able to see and experience the best of Larry in recent years. One of those proudest moments of my career shared with him as we took a one-off entry with a first time team and finished 9th in our first Indy 500. R.I.P.”

IndyCar confirms 2020 season will start at Texas without fans

Andretti: Ferrari should supply chassis and engines in IndyCar