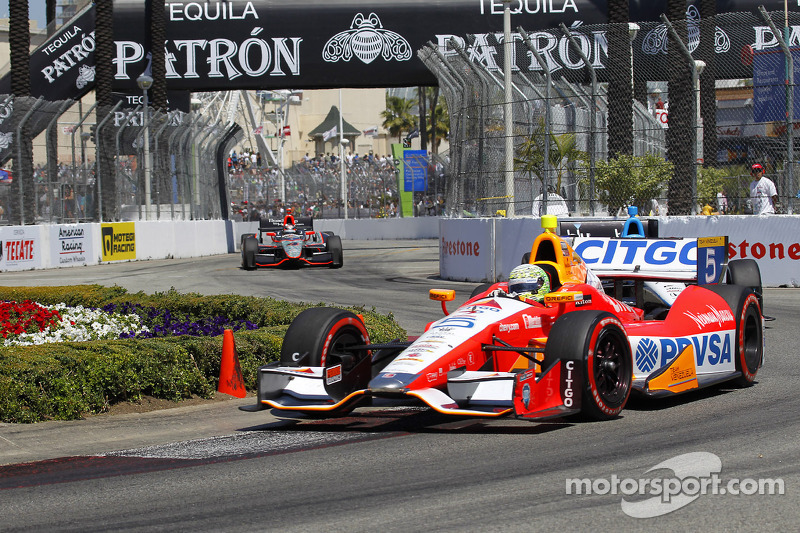 EJ Viso has found the momentum with his focus set on earning his first victory in the IZOD IndyCar Series.

There’s focus, and then there’s EJ Viso’s focus. The Venezuelan, who qualified on the front row in second place at the Sao Paulo Indy 300 last week, plans to build his momentum and prepare himself for the Indianapolis 500 after finishing the demanding street track in sixth place. The key to this is focus. And to build momentum.

"My performance this past race in Sao Paulo was superb", the confident driver told Motorsport.com.

The Brazilian race, the closest IndyCar race to his home country, was one of his turning points this season. He started the season at St. Petersburg by advancing 15 positions from the start to finish seventh in the opener.

Making him even more focused on getting his first victory in the series, Viso's teammates James Hinchcliffe and Ryan Hunter-Reay have each won a race this season. And, teammate Marco Andretti is second in the IZOD IndyCar Series championship standings going into the 500, indicating great performance consistency on his part. 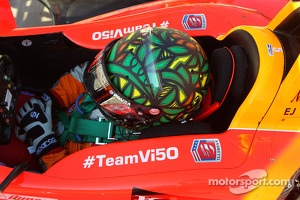 "So far our performances have been amazing, and making it to the front row for the race was great. Finishing sixth was a good result. I just don’t think it was the result we had the potential to achieve", said the Venezuelan.

The number 5 race driver is still looking for his first win in the series, despite the heavy competition he will have to face to beat the top 5 pilots, which include Japan's Takuma Sato, Brazil's Helio Castroneves, Canadian James-Hinchcliffe and New Zealander Scott Dixon.

2012 IndyCar champion Ryan Hunter-Reay is just seven points behind Dixon in series standings. It all make this season unique for Andretti Autosport.

"I think they are all extremely competitive. I’m really impressed with the level of competition in IndyCar, and, to be honest, I don’t think of one, I just think of all of them. As of now, you’ve seen how many new race winners there have been in the series counting my teammate James (Hinchcliffe) and my old teammate Takuma (Sato)", said Viso.

The extreme depth of this driver field is echoed by multi-championship winner Dario Franchitti who, when asked which driver he was most worried about beating him replied, “All of them”.

"They have all done great this year – new drivers, young drivers are starting to win races", commented EJ.

The Venezuelan is locked in a three way battle for places 9, 10, and 11 in the current standings with American Charlie Kimball and French driver Simon Pagenaud. Hopefully, the tie will be broken in Ernesto Jose’s favor, as the driver expects to soon be in podium. "I know that it’s my turn very soon and this shows how competitive this series is".

And what about competing in the legendary Indy 500? EJ Viso says “The Indy 500 is a very different race with a very different approach to any of the races we’ve completed so far this year. I have a great feeling about it.”

So, focus and momentum and a bit of luck will all be necessary to lift the talented Venezuelan to the podium and then the top of it. It’s obvious that Viso considers himself up to the challenge.

Allmendinger to contest the Belle Isle Grand Prix in Detroit