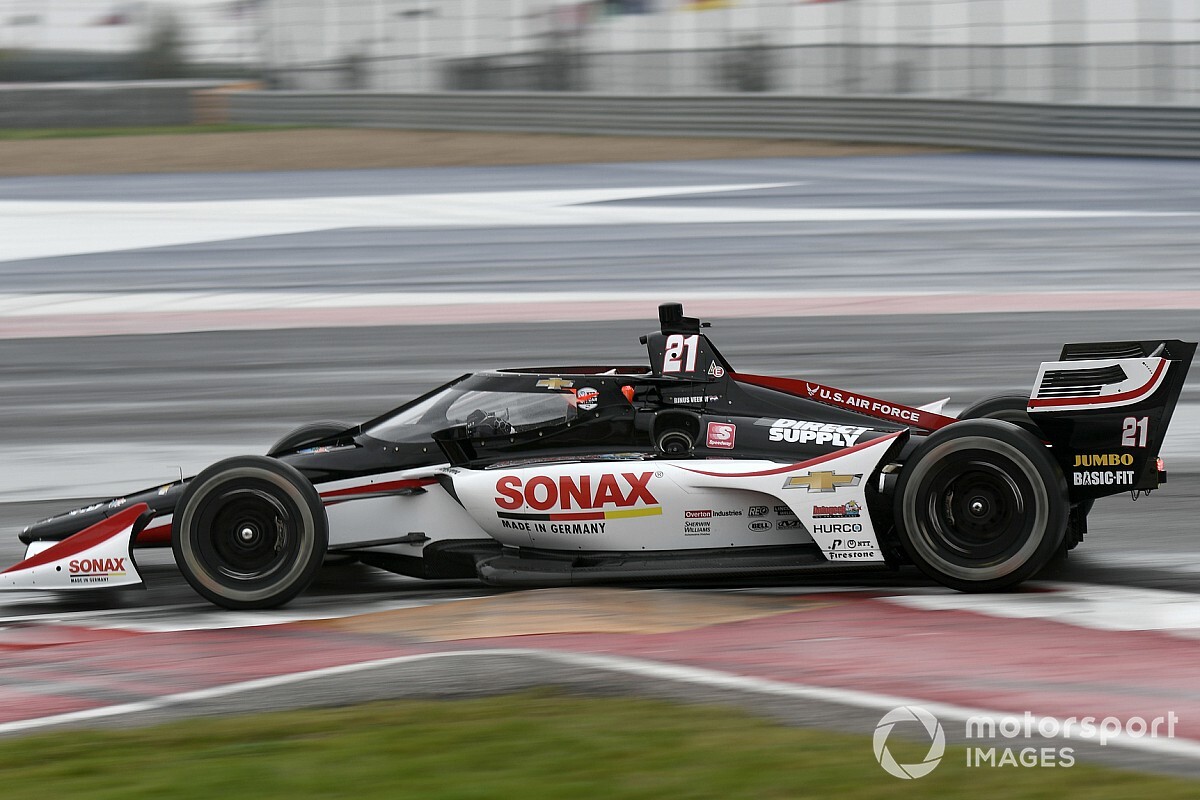 Ed Carpenter Racing’s Rinus VeeKay is confident he'll be a strong contender in his rookie season in the NTT IndyCar Series after testing at Texas Motor Speedway and in Spring Training at the Circuit of the Americas.

Despite feeling ill, VeeKay turned more laps than anyone [82] in COTA’s 6hr10min session on Wednesday, and then ran 153 laps during the oval rookie test at TMS on Friday.

“I was happy with the team at COTA,” the 19-year-old Dutchman told Motorsport.com. “We didn’t look that fast in the times [18th of 27] and it wasn’t perfect, but we collected good information and I think it will be easy to change.

“Also when we come back for the race [late April], it will be a lot different conditions and I think we’ll be as quick as the other teams.

“About my own performance, I was a little sick on the day of testing and so I couldn’t focus 100 percent on my driving which kind of sucks, but it happens. It was the first time for me feeling sick in a racecar.

“It was a good test data-wise and I think we’re going to be very strong coming into the race.”

Despite there being few ovals on the Road To Indy, VeeKay has a strong track record on them, having finished second at Iowa in USF2000, fourth at Lucas Oil Raceway and first at Gateway in Pro Mazda (now Indy Pro 2000) and then third at Indy and second at Gateway in Indy Lights.

Piloting the ECR-Chevy IndyCar at Texas, he said, felt immediately comfortable after team owner and teammate for ovals Ed Carpenter dialed the car in for him.

“Ed did the first 20 laps and then I got in for my first run and it felt really good right away,” said VeeKay. “I had a car that made me confident so I was very happy.

“I began to feel quite relaxed in the car. At the start I was a little too… excited, let’s say! But then I started to feel more relaxed and felt very comfortable.

“We changed a lot on the car and I worked a lot with the driver tools, and once I was settled in we started getting the car better and the team did a great job setup-wise. It felt really good.

“The car was very stuck because the temperatures were cool, the air was heavy and the cars have more downforce this year. No close encounters with the wall. It was perfect.

“Turn 1 is hard but I spent a lot of time on simulators and watching onboards. We worked a lot on getting the turn-in more positive, and we ended up with a really good car.

“I’m feeling very positive about the season, I think Ed Carpenter Racing is strong. We can have a really good year.”

ECR will test again at Sebring – where VeeKay shone bright in a test last Month – in early March.