Arrow Electronics has renewed its multi-year contract with the McLaren SP IndyCar Series team, and McLaren Racing CEO Zak Brown says that its ex-F1 racer Stoffel Vandoorne is a possible driver for its expansion to a third car as soon as next season.

It was confirmed on Sunday morning that Arrow will continue to be title sponsor of the IndyCar squad, as well as a partner of McLaren’s F1 team. The renewal is a key element to the IndyCar team’s expansion, which was confirmed last month as McLaren Racing acquired a 75 percent stake, and its third car will be fulltime in 2023 but could appear mid-way through next season.

“Once we get going on a third car, whenever that is, which won’t be the start of the year, we’ll then run a third car [fulltime],” said Brown. “We’re not going to be in and out, once we go, we’re going.

The team has confirmed Pato O’Ward and Felix Rosenqvist will continue in their drives next season and is currently searching for its third driver as part of a long-term strategy in America’s premier open-wheel series. AMSP previously ran a third car for Juan Pablo Montoya at Indianapolis in May, while another ex-McLaren F1 driver Kevin Magnussen subbed for the injured Rosenqvist at Road America.

“A lot of it is driver dependent,” Brown added. “If I can’t get a driver who I think is championship calibre, then we’re not going to put a third car out just for the sake of it. I want someone who can be in the car for five years, at least to have that opportunity.

“Juan did a great job at Indy, so I’d like to run him again [at Indianapolis], but whoever that third driver is, it’s someone that I want to see being in our car for five years.

When asked by Motorsport.com if Mercedes Formula E racer Vandoorne – who is present in the paddock at Laguna Seca this weekend – fit that bill, Brown replied: “Stoffel would definitely be under consideration. I think he’s a very good racing driver.”

Brown added that the timing of the third car would totally depend on finding the right driver: “It depends on where we are, if we get the driver where we say ‘that’s it, that’s him’ we go, if we’re down to two or three, and we’re not sure, then it could be two or three driver task. Kinda like Rahal has done [with the #45 entry]. It depends where we get to on drivers.” 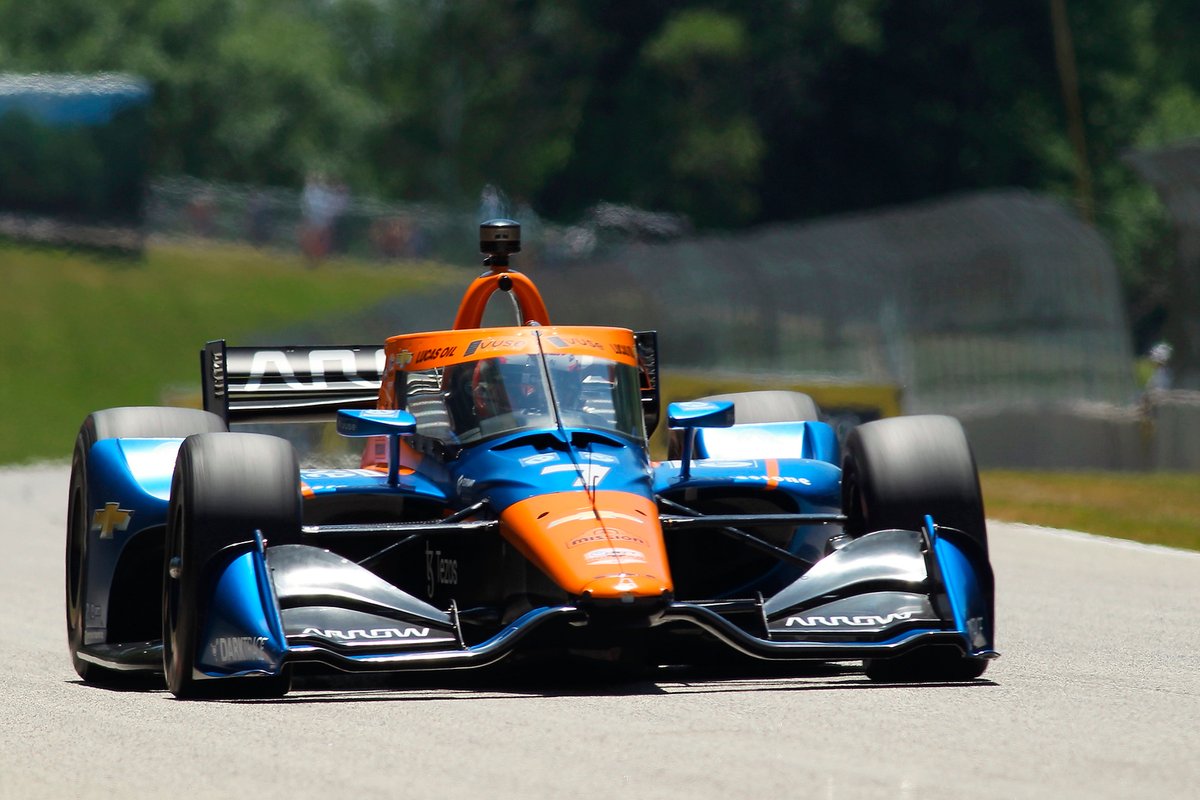 Brown said the Arrow renewal “is a great reflection of the strong relationship we’ve been building and the productivity of our partnership since 2019. Our partnership is strengthened further as we progress on our common journey and shared ambitions to win together”.

Arrow has been a partner with Sam Schmidt’s IndyCar outfit since 2015, and Schmidt said: “The entire team is looking forward to our continued journey with Arrow Electronics. I am excited that they will continue as a key part of this team as we take the next steps toward regularly competing for wins and championships.”

Arrow’s president and CEO Mike Long added: “Arrow Electronics is committed to innovation in automotive and transportation technologies. Our engineers work side-by-side with the race team, and we couldn’t be happier with the strength of our teams’ positions in both IndyCar and Formula 1.”