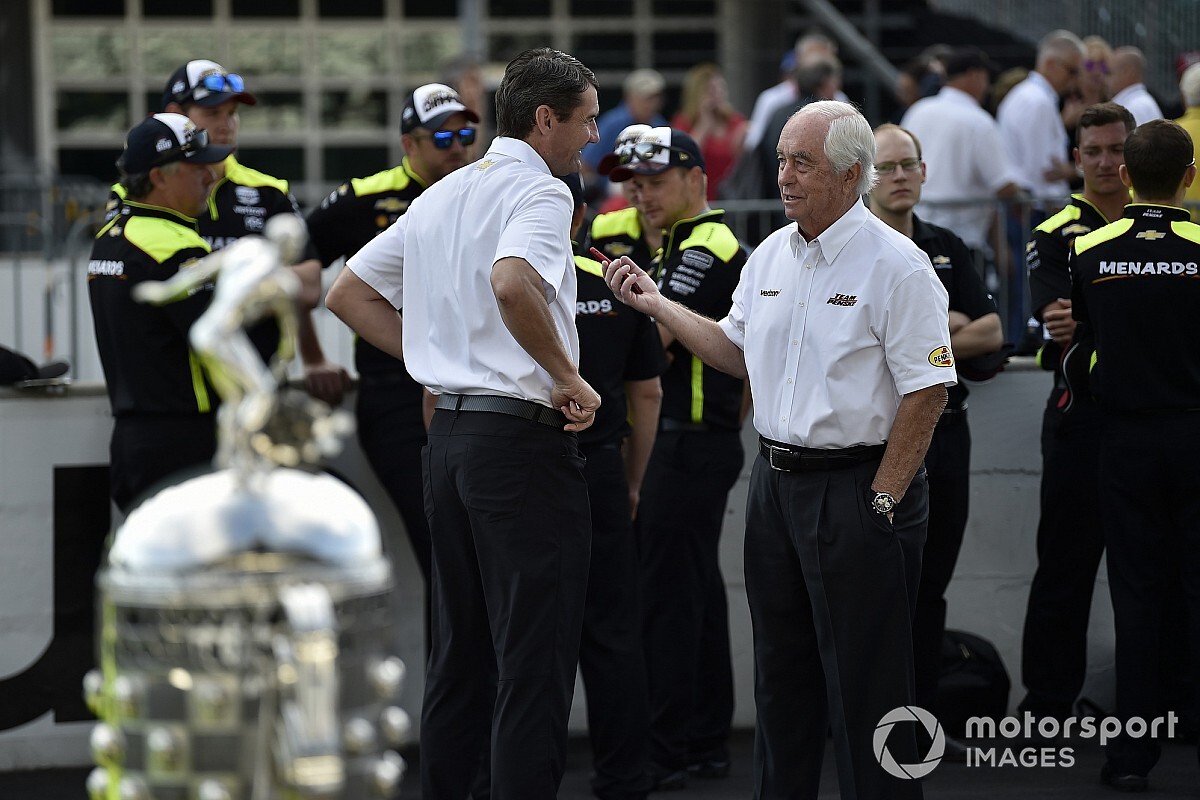 Tim Cindric, president of Team Penske, says he’s looking forward to the reaction from fans at Indianapolis Motor Speedway when they see the improved “customer experiences” that Roger Penske has already instigated.

Penske Entertainment bought both the Speedway and IndyCar as a whole last fall, and Cindric says that a recent visit to IMS left him deeply impressed with the changes wrought in the space of just six months.

“I got a chance to actually go to Indianapolis a couple weeks ago,” he said. “The Daytona 500 was the last time that I saw Roger up until two weeks ago, other than these Zoom calls. (He taught me what Zoom was, so he was ahead of the curve relative to myself on this Zoom business!) He took the initiative to have me come to Indy and spend a couple hours with him on a golf cart going around the Speedway and just understanding what's transpired since he took over – and it's amazing.

“Having grown up there as a kid, I thought I knew that place like the back of my hand, and there's so many places that I went to and that I saw on the outside of the racetrack that I had never seen before. [Roger] said, ‘What do you think?’ and after I thought about it, I'm like, ‘The best way I can tell you is that this whole place looks younger.’

“I'm really interested to see what the die-hard fans have to say because you know how it is: you know your little space. Like for us, we know the garage area like the back of our hand, we know the men's bathroom, we know exactly where the paper towels are, what all works, what used to be there and what's there now, and you walk it now and it's amazing; you have LED lights in the bathrooms. OK, people have made jokes about the bathrooms, but when you understand how many of them there are and the fact that's somewhere everybody goes… That's one discussion.

“It's unbelievable what's happened in a short period of time. It's unfortunate we are where we are now, but in some ways it's good for the Speedway in that they've had even more time to do some of these things. It's quite an evolution, and I think it'll continue there for a while.”

Cindric also explained that despite his boss now having IndyCar and Indianapolis Motor Speedway on his plate, his own role within Team Penske hadn’t shifted drastically from how it has been since he became president of the team in 2006, after joining in 1999.

“Honestly, [Roger] has given me that rope here for the last 20 years in a lot of ways,” he mused, “so I think our relationship really hasn't changed in terms of the way he and I operate… From a running-the-race-team perspective, he's kind of always given me that ability to go do those things and has never really micromanaged what we do.

“I've always felt like I have an understanding of when to pick up the phone and when to make sure he's in the meeting, so I think that's probably why I've survived here so long, because I think I understand that balance.

“But yeah, my role within the team – I guess I refer to myself as the team guy. [Roger] has got to focus on the series, and I really don't have much influence in the series itself, except I probably have a seat closer to the table than I did before, as far as being one that he'll reach out and ask about a certain thing that's happening or what he's trying to achieve and maybe try and give some direction with who else out there might be a good sounding board for some of the things that IndyCar or IMS is trying to be.

“But the quality of people there, he's come to find that there's a really good core within IndyCar and within IMS, and his leadership has really brought that to another level, I think. Unfortunately we haven't been able to see that [yet].”

With regard to his ‘HR guy’ comment, Cindric says that Penske’s Mooresville, NC facility has been working in shifts since the coronavirus pandemic response guidelines eased enough to allow staff back to work.

“We've chosen at this point to work in shifts rather than have our entire workforce together,” he said. “You have to remember we have almost 500 people in the building on a normal basis, so we've really been working to maybe a third of the workforce on any given day, split into shifts. Our shifts have been six-hour shifts, so we've been working from 6am to noon, and then we've taken a two-hour break for sanitization and so forth, and then we've worked then from 2:00 to 8:00 with a different shift.

“That's been across the board through all of our series, and we'll continue that process here for the foreseeable future, and really it helps us maybe take less risk with our people but also put ourselves in a position to where we're not as vulnerable should someone get infected.”