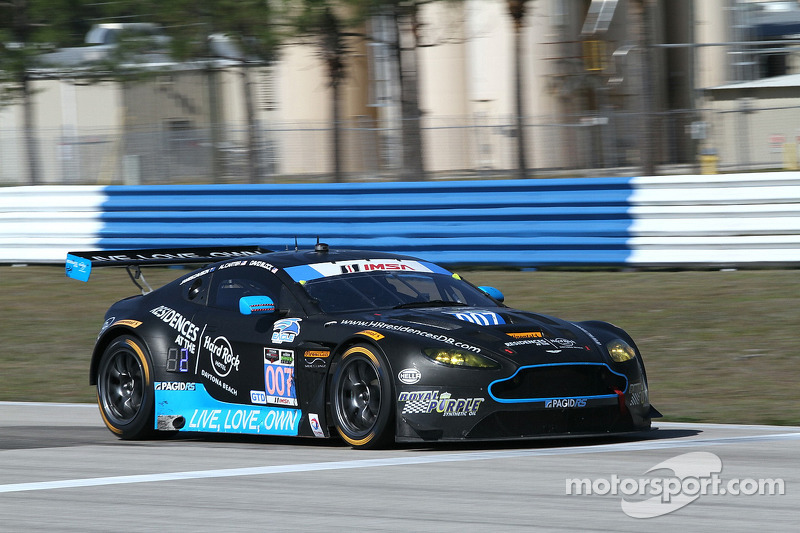 KV Racing Technology has added a fourth car to their Indianapolis 500 fleet.

PETALUMA, Calif., (May 10, 2014) - There was a big buzz around TRG-AMR headquarters this week as TRG-AMR Team driver and coach, James Davison, became the 33rd entry in the 2014 running of the Indianapolis 500. The Indy 500 rookie will compete in the No. 33 KV Racing Technology race car and is scheduled to take his rookie test and start practice next week.

Davison, a 27-year-old Australian driver, currently living in California, has raced an Indy Lights car at the famed Indianapolis Motor Speedway, but not yet an Indy car. Davison competed in two IndyCar races last year for Dale Coyne Racing (Mid-Ohio and Sonoma) and was the 2009 Indy Lights runner-up in a Vision Racing entry.

"I am thrilled to be competing in my first Indianapolis 500 with KV Racing Technology," said TRG-AMR driver James Davison. "Indy is what led me to the United States from Australia 10 years ago, and winning the 500 has always been my childhood dream. I am one of a number of drivers competing in both the IMSA TUDOR United SportsCar Series and Verizon IndyCar Series and must thank my team owner, Kevin Buckler from TRG, for allowing me to capitalize on this incredible opportunity." 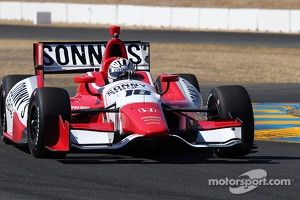 "We are all truly excited and proud to have our TRG-AMR driver James Davison competing in the Indianapolis 500," said TRG-AMR CEO Kevin Buckler. "This has to be almost every driver's dream. James has been working on this for several months and we had, of course, agreed to happily support him in his endeavors. We brought him on board at TRG for a reason and have always been proud of those drivers who have been our in-house professionals and worn that 'badge'. We have always strived to make sure to give them the best opportunities available in motorsports, and we are pleased to see that James earned this one. We are proud to support him."

The No. 33 of KV Racing Technology Indy car of TRG-AMR driver James Davison With Davison's entry filling the 33-car field, he gave recognition to it with his car number selection.

"The fact that IndyCar was kind enough to support this, I felt it was an appropriate salute and respect to the (series) and the event to be that number," said Davison, who was born in Melbourne. 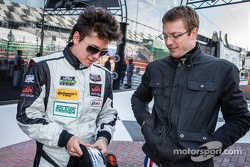 Other KV Racing Technology drivers for the Indy 500 include full season entrants Sebastien Bourdais and Sebastian Saavedra, and previously announced third driver Townsend Bell, who is an NBCSN IndyCar analyst.

Davison's career highlights also include a 2005 victory in Formula BMW at Indianapolis Motor Speedway, a runner-up finish in the 2007 Star Mazda Championship, and a further runner-up in the 2009 Indy Lights Championship. Among the drivers Davison has competed and won against include North American young guns James Hinchcliffe, Charlie Kimball and Dane Cameron. He competed in Grand-Am Daytona Prototype for MSR and Starworks in 2011.

After an impressive debut in 2013 for TRG-AMR at Lime Rock in the Vantage GT4, Davison spent time testing with TRG-AMR in both the V12 Vantage GT3 and Vantage GT4. He and Buckler realized it was a good fit. Davison currently pairs with David Block in the TRG-Aston Martin Racing V12 Vantage GT3 in the GT Daytona (GTD) class for TUSCC's North American Endurance Cup (NAEC) and with Al Carter for the full IMSA TUDOR United SportsCar Championship (USCC) season.

Saavedra splashes to pole position for Grand Prix of Indianapolis