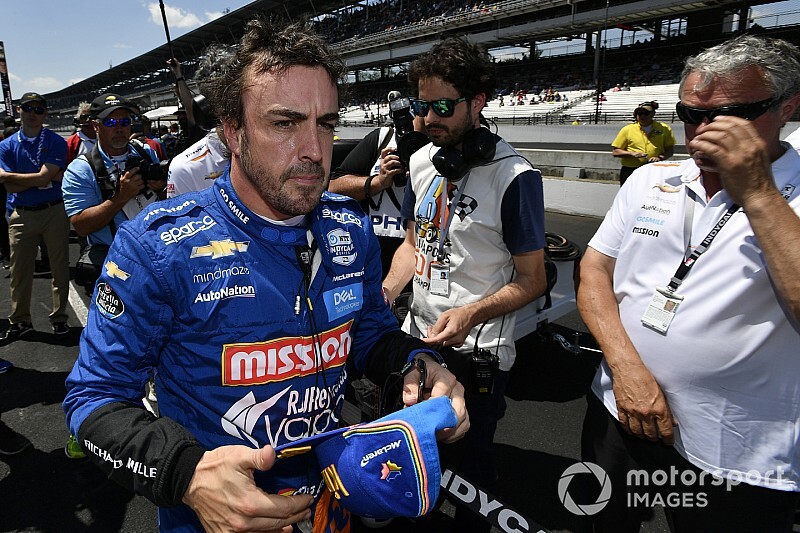 Motorsport.com's countdown of the biggest stories in racing in 2019 continues with McLaren’s stunning failure to qualify for the Indianapolis 500 with Fernando Alonso.

When, during the Last-Row Shootout qualifying for the 103rd running of the Indianapolis 500, Kyle Kaiser’s four-lap average of Indianapolis Motor Speedway beat that of Fernando Alonso to render the two-time Formula 1 World Champion a DNQ, McLaren’s sorry tale of fecklessness, folly and farce came to a close in appropriately humiliating fashion.

Kaiser wasn’t the only underdog hero at Indy on qualifying weekend last May. There was Ben Hanley in the DragonSpeed entry, both team and driver making their oval debuts. There was Jordan King – another oval rookie – in a third Rahal Letterman Lanigan Racing entry. And there was Pippa Mann, an Indy 500-only driver these days, piloting a car for the little Clauson-Marshall Racing team. Without meaning to denigrate this quartet’s abilities, it still seems astonishing they made the show while McLaren, running one of the greatest drivers of the 21st century, failed to do so.

The press conference in the immediate aftermath of this indignity featured Alonso and McLaren sporting director Gil de Ferran, and the pair handled their mea culpa monologues with sincerity and bluntness. However, a few eyebrows were raised when de Ferran said, ‘We certainly didn’t underestimate the challenge.’ To most outsiders, that’s exactly what had been the key problem until it became too late to rectify. 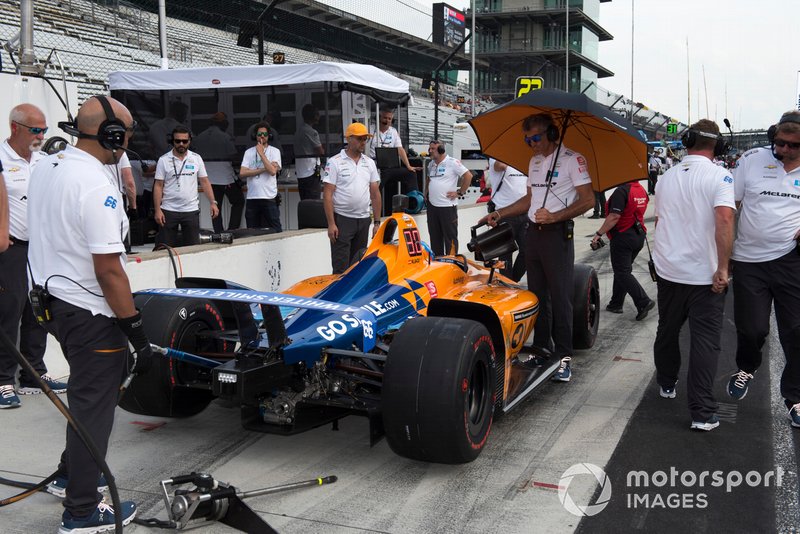 An electrical problem in the open test at the Speedway in April had restricted Alonso to just 45 laps, and another electrical issue on the opening day of practice restricted the papaya orange #66 Dallara-Chevrolet to just 50 laps. The following day, Alonso turned 46 laps but while running directly behind another car in Turn 3, the McLaren entry pushed wide and glanced off the SAFER barrier at corner exit. It then bounced over the grass on the inside of the corner, made rear contact with the SAFER on the inside of the short chute, and then tagged the wall for a third time just before coming to rest at the entry of Turn 4.

That was the end of action for the chassis that had been prepared in the UK because, at the very least, it was going to need stress testing to check for fundamental damage. It was now time for McLaren to use its spare Dallara, prepped by former Penske engineer and junior formula team owner John Cummiskey in collaboration with Carlin and it would be fitted with a new Chevrolet engine.

Approximately four-and-a-half hours after Alonso’s shunt, Chip Ganassi Racing’s Felix Rosenqvist had a similar-sized accident, but still his new car was rolled through IndyCar’s tech inspection at 10am on Thursday and was ready to hit the track when it opened at 11. McLaren’s new car was not. In fact, it never appeared that day because by the time it was finished at 4.30pm, the track had been closed for incoming rain and thunderstorms.

Come Friday, with plenty of tires to spare given his 12 hours of missed practice, Alonso ran 77 laps and finished the day 24th fastest. However, he was only 31st on the list of lap speeds made without the aid of a tow, and proof that the figures didn’t lie was provided by Saturday qualifying when he was again 31st. He would have to fight over the last three spots on the grid with five other drivers.

These Last Row contenders were due to be granted a 30-minute practice session starting at 10.15am on Sunday, but this went abysmally for McLaren. While others promptly hit the track at the allotted time, the #66 was almost 10 minutes late arriving in pitlane. Then, once Alonso hit the track and got up to speed, he was almost instantly called to ‘Box-box-box!’ as the car was badly dragging its underside around the course. The car’s ride-height was raised but not by enough, for on its next run it still trailed sparks and friction smoke. In came the exasperated Alonso once more for further adjustments and while these were made, rain ended the session after just 20 minutes. McLaren had completed six laps, none of them at representative speed. 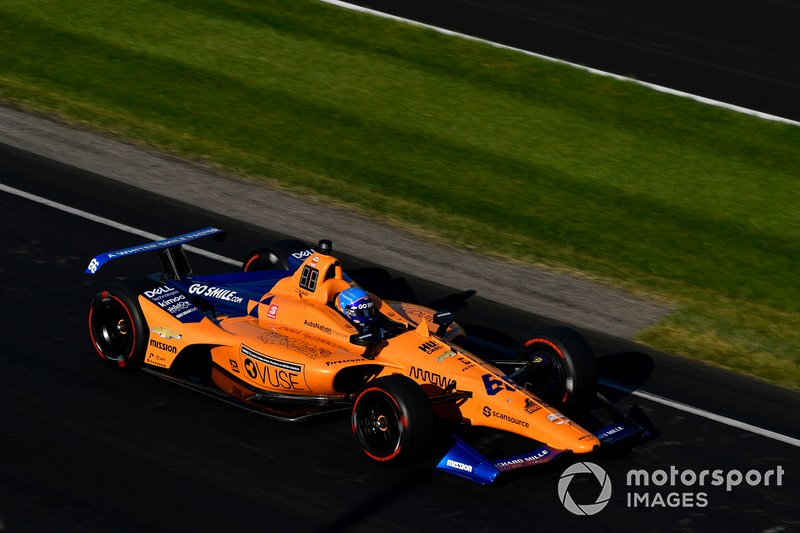 As the rain continued to fall into the early afternoon, NTT IndyCar Series officials announced that there would be no additional practice for either the Last Row Qualifiers nor the Fast Nine: the next track action would be one four-lap run from each of the six LRQ contenders to decide grid positions P31 through P33.

James Hinchcliffe went first, driving the spare Arrow Schmidt Peterson Motorsports-Honda after wrecking as he started his first qualifying attempt the previous day. His average was 227.543mph. Next was Max Chilton’s Carlin-Chevrolet which produced a 226.192 run that most expected would not be good enough. Then came Alonso who, thanks to the morning’s pantomime, had zero idea of the handling traits of his car.

His first flying lap was a 227.777mph effort, slightly slower than Hinchcliffe’s first, while his second, a 227.278, left him 0.5mph off the Arrow SPM driver. Alonso did well to lose only 0.14mph on Lap 3, and his fourth lap was in fact slightly quicker, giving him an average of 227.353mph – under 0.2mph slower than Hinch. That looked reasonably safe… but only for two minutes: Sage Karam’s Dreyer & Reinbold Racing entry laid down an average speed almost 0.2mph faster than Hinchcliffe and relegated Alonso to ‘the bubble’.

He survived Indy Lights champion Patrico O’Ward’s best efforts to topple him, and the Mexican was left on the sidelines with one of his Carlin teammates Chilton. But then came 2017 Indy Lights champion Kyle Kaiser. He and the Juncos team had faced an uphill battle throughout May, given that 1) Juncos had lost two primary sponsors, rendering the car in virginal white; 2) the financially-strapped IndyCar arm of the team had competed in just one previous event in 2019, the inaugural IndyCar event at Circuit of The Americas, and 3) Kaiser had wrecked on Thursday, forcing the team to switch its components to a back-up car and leaving no time for the young Californian to grow accustomed to the car’s handling. The team hadn’t even attempted to make Sunday morning practice because the car hadn’t been ready. 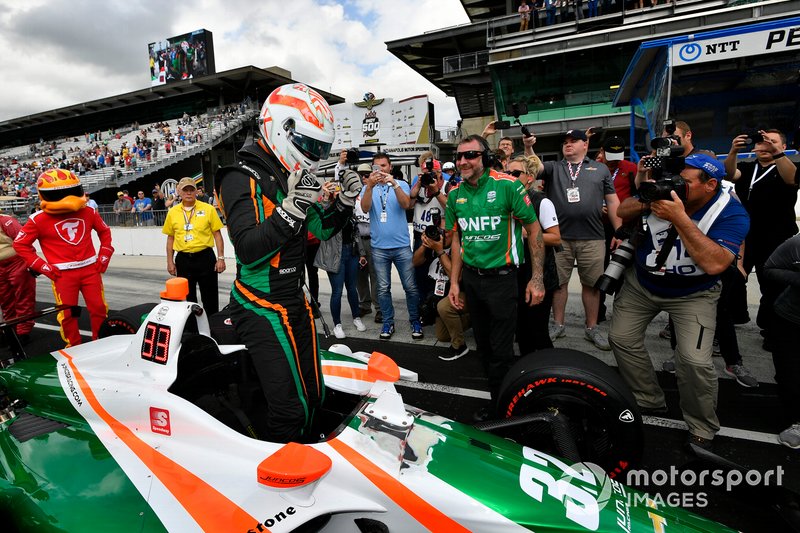 And yet the brave Kaiser did the job when it mattered: his four-lap average was precisely 0.019mph faster than Alonso’s and so the 23-year-old American was into the show for the second time and the 37-year-old Spaniard wasn’t.

Alonso was not blameless: It’s no coincidence that four of the six drivers left to fight for the last-row slots on Sunday were ones who had crashed at some point during the previous days. But as he implied, there had been no reason to be confident of qualifying even before that. The team had started late, had appeared to ignore the advice and spurn the proffered help from supposed partner Carlin, and had failed to appreciate how infinitesimally small are the margins between success and failure when the cars are pretty much spec. This was the tightest grid, fastest to slowest, in Indianapolis 500 history: the effect of any dropped time was going to be magnified accordingly, especially for a team suffering acute delusions of adequacy.

The formerly named Arrow Schmidt Peterson Motorsports should prosper thanks to its new partnership with McLaren in 2020, but make no mistake, so too McLaren is going to benefit. The marque’s best chance of regaining the status it held within Indy car racing in the 1970s is by joining forces with a team that knows how to win – and how to avoid failure – in the current iteration of the sport. 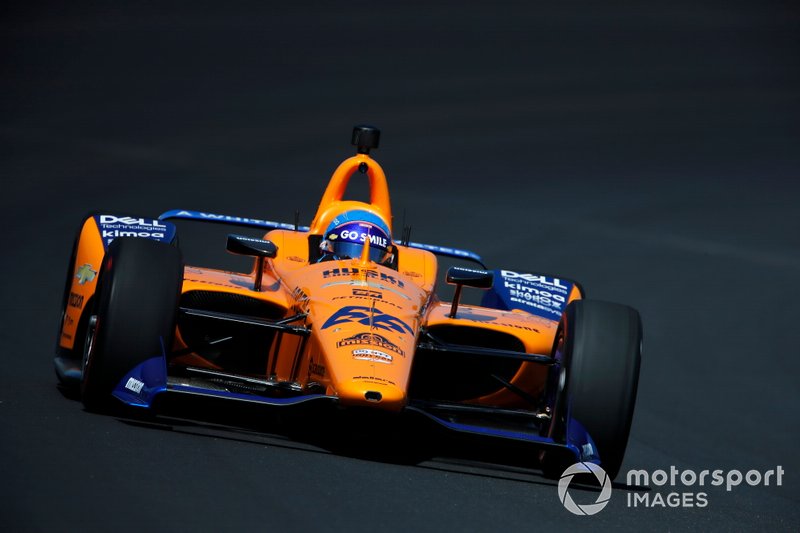