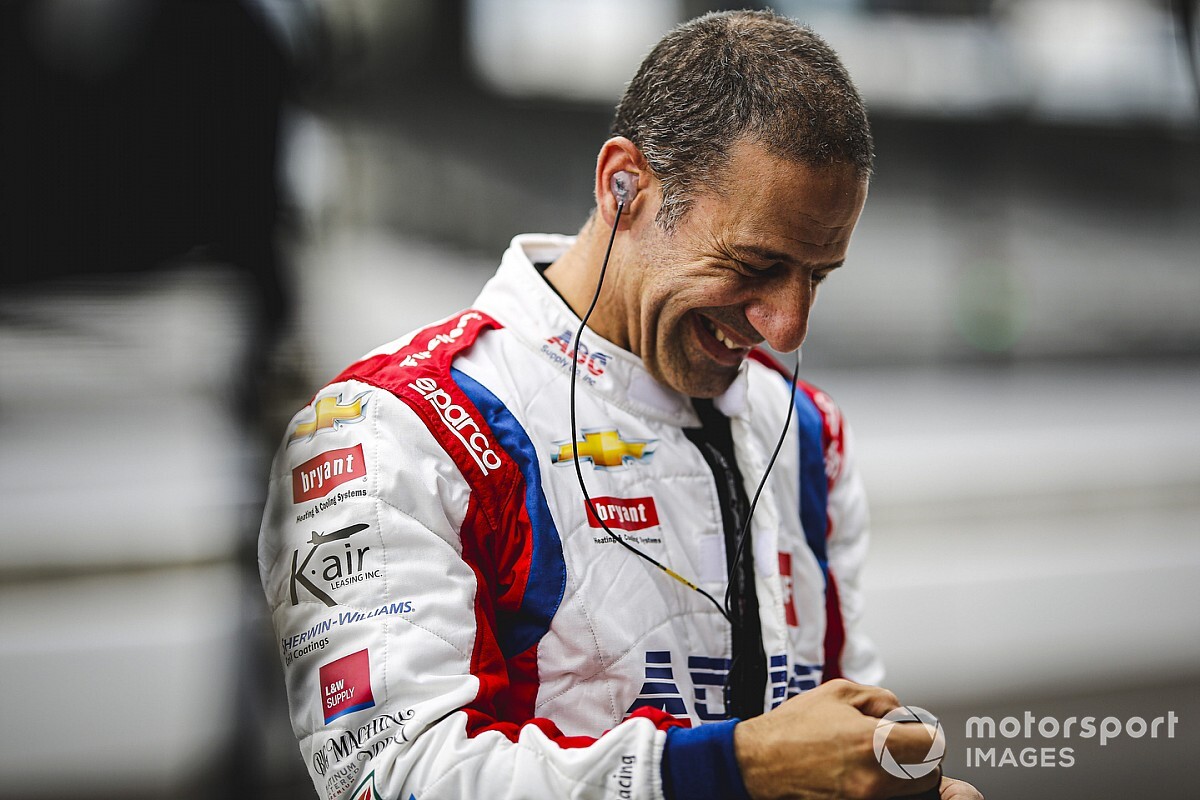 Chip Ganassi’s mighty sportscar team had entered a new era the year before when it switched from BMW normally aspirated power to the smaller capacity but twin-turbo Ford Ecoboost engines, but both of CGR’s Riley Fords had retired at the Rolex 24 Hours at Daytona. Then, when the combo scored its breakthrough win at the Sebring 12 Hours, it was the sister car to Kanaan’s that found its way to Victory Lane.

However, in 2015 Ganassi again asked his IndyCar aces Scott Dixon and Kanaan to drive one of his cars at Daytona for the round-the-clock classic, accompanied by the team’s NASCAR stars of the time, Kyle Larson and Jamie McMurray. This quartet prevailed after a good long battle with Action Express Racing and Spirit of Daytona Racing.

Jimmie Johnson to IndyCar with Ganassi for two-year program