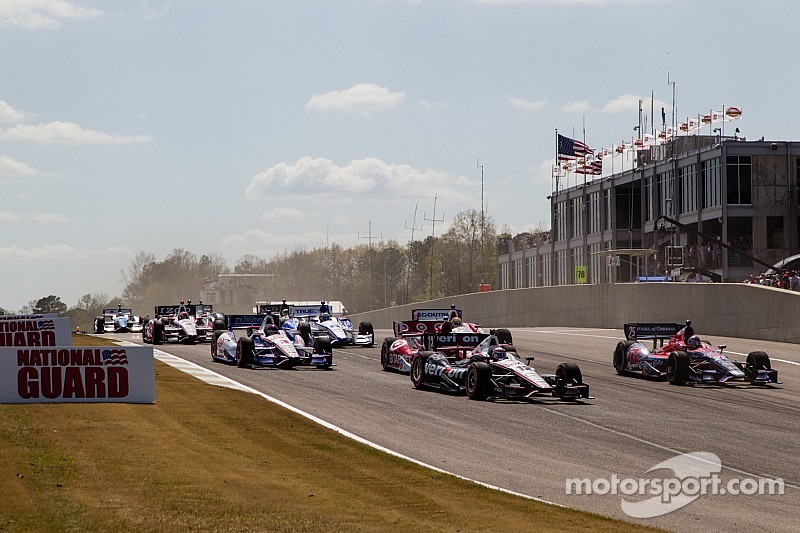 Will join the Verizion IndyCar Series in April.

Andretti Sports Marketing and the Indy Grand Prix of Louisiana confirm a world-class lineup of races for the 2015 event weekend, April 10-12, 2014. In addition to the Verizon IndyCar Series, the Indy Grand Prix of Louisiana will showcase continuous on-track action from the Mazda Road to Indy (MRTI) ladder program, International Motorsports Association (IMSA) and the Sports Car Club of America (SCCA).

"We are thrilled and honored to add a world class lineup of racing series for our inaugural event to compliment the featured Verizon IndyCar race and look forward to working with our longtime friends at Andersen Promotions, IMSA and SCCA to produce a great weekend of racing action," said Tim Ramsberger, Andretti Sports Marketing Vice President and Indy Grand Prix of Louisiana General Manager.

"We at Andersen Promotions are very pleased to be able to bring our Mazda Road to Indy program to the Indy Grand Prix of Louisiana for the inaugural event. Having visited the NOLA facility during our 2014 Cooper Tires Winterfest, we found it to be a terrific venue with a strong staff in place, and working with our longtime friends at Andretti Sports Marketing is an added plus," said Dan Anderson Owner and CEO of Andersen Promotions. "New Orleans is a special city and our drivers, teams, sponsors and staff are looking forward to a wonderful weekend in April!"

First-time fans have the opportunity to watch some of the most exciting racing series compete on the 2.67-mile track at NOLA Motorsports Park. Race organizers anticipate announcing a detailed event and race schedule sometime in early to mid-January 2015.

"SCCA Pro Racing in conjunctions with its long-term partner Mazda are thrilled to be bringing the Battery Tender Mazda MX-5 Cup series to NOLA Motorsports Park next April to the inaugural Indy Grand Prix of Louisiana," said Robert Clarke, President of SCCA Pro Racing, Ltd. "What a fantastic setting and facility to host one of the most competitive racing series in the world. We could not be more eager for April 10th to arrive!"

"We can't wait to see all these different cars and drivers take to the revamped NOLA Motorsports track," said Kristen Energon, President of NOLA Motorsports Park. "The great variety of support series from sports cars, smaller open-wheel racers and of course Verizon IndyCar will give our fans an amazing show, with almost non-stop action on the track!"

Tickets to the Indy Grand Prix of Louisiana can be purchased at GPofNOLA.com or call (888) 996-4774. Fans can also purchase tickets on-site at the Karting Facility at NOLA Motorsports Park. Three-day reserved upper level grandstand tickets purchased before December 31 will also receive a free weekend IndyCar Paddock Pass (a $40 value).

A.J. Foyt out of the hospital