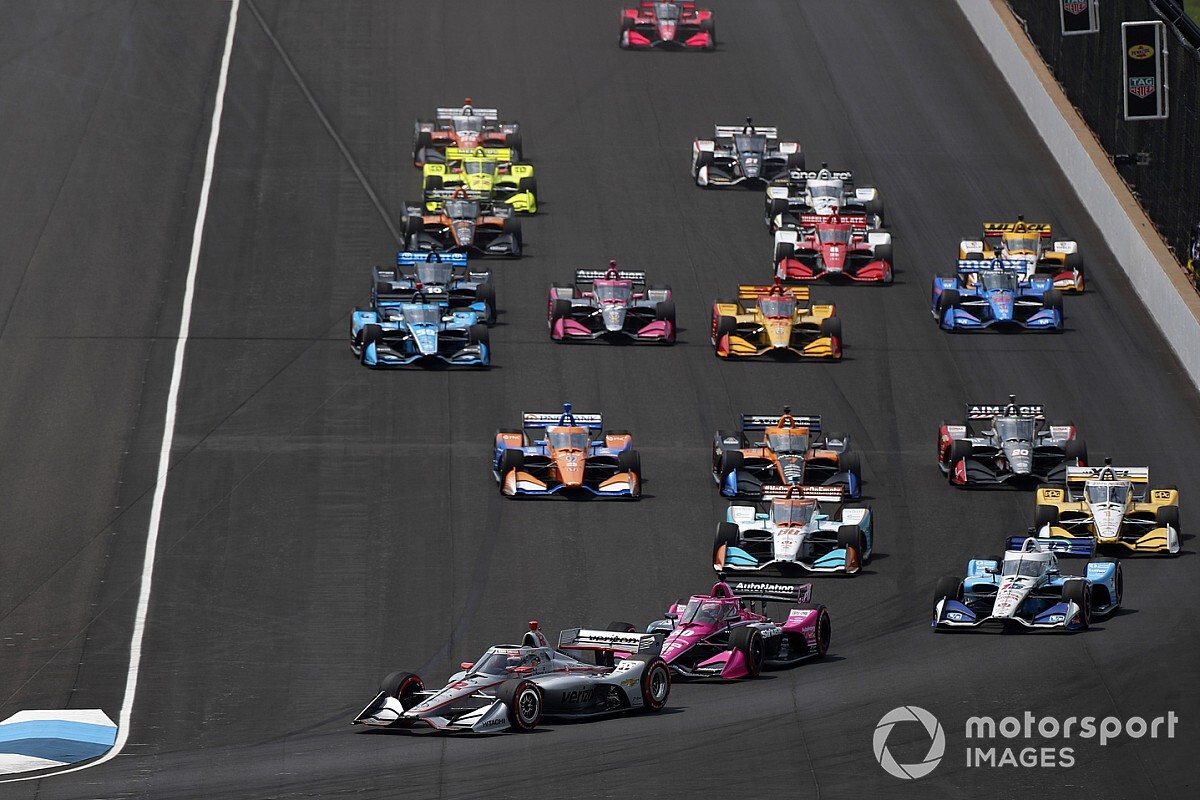 IndyCar president Jay Frye says he remains confident that a third engine manufacturer will join Chevrolet and Honda in the NTT IndyCar Series, as speculation increases that it will be Ferrari.

Roger Penske, who since last November has owned both IndyCar and the Indianapolis Motor Speedway, was at IMS yesterday to attend the Ferrari Challenge North America rounds. Penske, who owns three Ferrari dealerships in the UK, plus one each in Italy, Japan, the U.S. and Germany, joined Ferrari’s North American president Matteo Torre to address the drivers and lead a parade around the iconic 2.5-mile superspeedway.

In mid-May, Ferrari team principal Mattia Binotto told SkySport Italia that the company was evaluating the viability of an IndyCar project as Formula 1 introduces budget caps, freeing up financial and human resources for other projects.

Penske earlier this month confirmed to the IndyStar that Ferrari is “definitely interested in coming”, and now Frye says he believes a third manufacturer will happen “sooner or later”.

Frye told Motorsport.com: “As you know, there have been conversations going on with various manufacturers for a few years, but now with Roger being here, that adds another new and very positive element for us.

“I hate saying anything because people will say, ‘You’ve been saying this for three years,’ but the truth is that there are other factors that come into it which you can’t control. But at some point it’s going to happen, I’m confident of it.

“Roger has a huge influence in the automotive world, and I think that will open more eyes to the value and marketing opportunities that IndyCar offers. So I’m very optimistic it will happen, sooner or later. With Ferrari? That would be great. But there are other great options out there too.”

Asked if he would judge Ferrari as currently the most likely company to join Honda and Chevrolet as an OEM in the NTT IndyCar Series, Frye replied: “There are always multiple conversations going on – and then other things like Ferrari can come out of the blue. Eighteen months ago, I’d have said they didn’t seem that interested but then something changes in their business world and there’s new interest.

“As you and I have spoken about many times in the past, we talk to different manufacturers all the time and Roger – even on the automotive side, before he bought the series and the Speedway – talks to them all the time too.”

Formula 1 teams’ budget caps of $145m per annum for 2021, $140m for 2022 and then $130m for the next three years has enabled McLaren to step up its involvement in IndyCar, with a full partnership in the Arrow McLaren SP team, formerly Schmidt Peterson Motorsports. While there is a degree of irony in F1 adopting a regulation that benefits another series, Frye says that cost transparency and laying out a five-year plan have also proven crucial in IndyCar’s discussions with manufacturers.

“We worked hard on developing a five-year plan,” he commented, “and we also have kept costs under control for all participants. Now, the pandemic and its effects have not changed the fundamental plan, even if they may alter the timing a little in terms of when it is activated. It’s as we talked about before regarding a more gradual introduction of the new car.

“But the plan is still in place, the economics of IndyCar is, we believe, in a good spot – it’s not inexpensive but it is economical – and that’s important as we collectively deal with the effects of this pandemic. And the teams know where we’re going, what we’re going to do.

“One of the things we’re trying to do is keep as much as we can the same in 2021 as in ’20, not too many technical upgrades for next year, because the economic recovery is going to probably take two or three years."

To read Frye’s comments on the aeroscreen's performance in the Rinus VeeKay/Colton Herta crash, and the qualifying system adopted for the Iowa double-header, click here.