Tagliani will step into the No. 10 CGR Honda at Fontana 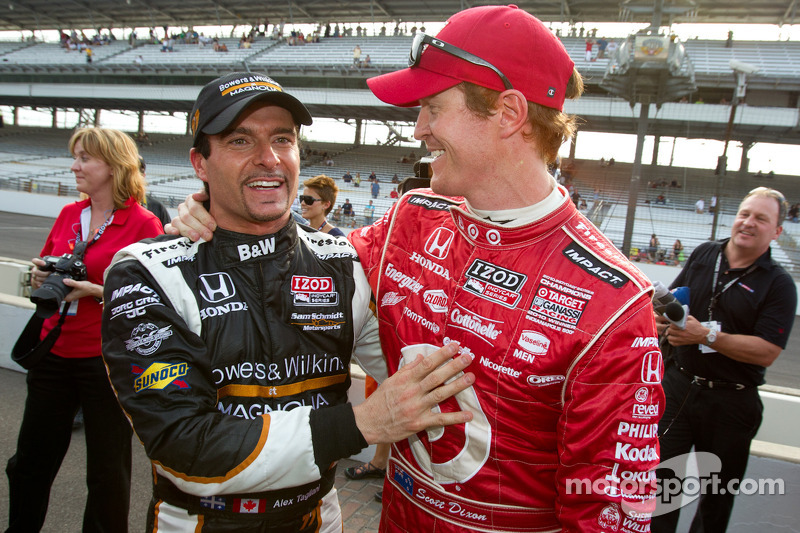 Chip Ganassi did not take long to make find a driver for the team’s No. 10 Honda Dallara. Alex Tagliani was free to accept the ride to aid Scott Dixon in his goal to grab the 2013 IZOD IndyCar championship in the season finale at Auto Club Speedway in Fontana, California.

I’m thinking of Dario (Franchitti) as everyone else is, and wishing him a quick recovery. This team has a championship on the line and I’m ready to step in a help them win it,” Tagliani said.

On the final lap at the Houston Grand Prix street circuit, Dario Franchitti was seriously injures which is the reason the team called Tagliani. The four-time IndyCar champion who also has three Indy 500 wins is out of action with a fracture spine and a broken ankle. The Scotsman remains under medical care and his road to recovery will take time.

“Obviously the situation is not ideal with Dario being unable to compete in Fontana.” said Ganassi. “As we look to the season finale we needed a driver with experience and the ability to step in and get the job done in the No. 10 car, and Alex was a logical choice for us.”

Indeed Tagliani has the experience as one of the experienced racers in the series who happens to be sitting on the sidelines. The California track has been one that the French-Canadian has excelled on with three top-10 finishes plus one pole in only starts on the oval. He also earned the pole in 2001.

“As a driver you never want an opportunity like this to come under these circumstances, but I’m up for the challenge and looking forward to working with my friend Scott and the whole Target team,” said Tagliani.

AJ Allmendinger back with Penske for IndyCar finale in California