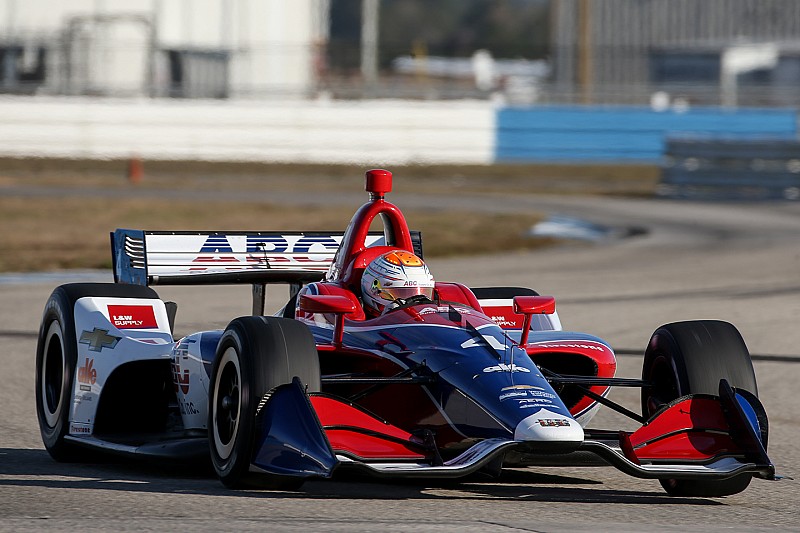 Matheus Leist got his IndyCar career off to a flying start by clocking a 61.7231sec lap of the 1.8-mile street/runway course in his AJ Foyt Racing-Chevrolet to grab top spot.

The Brazilian teenager was 0.0488sec ahead of defending race winner Sebastien Bourdais in the #18 Dale Coyne Racing-Honda, with Ryan Hunter-Reay and Alexander Rossi third and fourth for Andretti Autosport.

Four-time champion Scott Dixon left it late to thrown in a P5 lap ahead of another rookie, Schmidt Peterson Motorsports’ Robert Wickens, with Simon Pagenaud and Will Power seventh and eight for Penske-Chevrolet.

The second Foyt car of Tony Kanaan was ninth ahead of the Ed Carpenter Racing-Chevys of Spencer Pigot and Jordan King, while Graham Rahal was 12th.

Ed Jones in the second Ganassi car was the last driver within one second of Leist.

Carlin’s first ever official IndyCar practice session saw Max Chilton and Charlie Kimball in 20th and 21st, while Juncos was 24th with Rene Binder at the wheel.

Foyt: Kanaan and Cowdin can “take us to the next level”