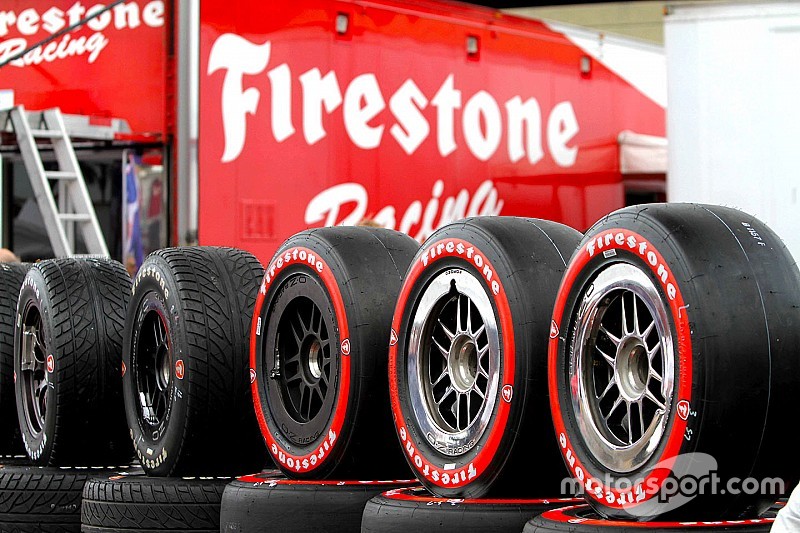 Firestone will supply IndyCar teams with extra sets of tires at five venues next year, degradation is set to increase and there will be a greater gap between the primary and alternate compounds on road and street courses.

Jay Frye, IndyCar’s president of competition and operations, told Motorsport.com that the general alignment of ideas between the series, its teams and drivers, and Firestone Racing has made decision-making regarding tires “generally quite easy.”

He said: “Is it all done yet? No, it’s still fluid but the good thing is everyone is lined up, and with the arrival of the new car, it's the ideal time to make these changes.

“For example, we’ve discussed the differences between alternate compound [red-sidewalled tires] and primary compound [black-sidewall] because there were definitely times in the past where that gap wasn’t big enough. There has to be a penalty for being on reds too long – that was not the intent of those tires, that they could last as long as the blacks.

“So I think we came up with a reset of how that big that gap should be, going forward. Firestone were actually already on it, because they had seen the 2018 car as a chance to make significant revisions. They knew what we were trying to achieve with the new aero concepts so they had simulations going before we even hit the track with it.”

Frye said that degradation for both compounds would become a bigger factor next season, following several variations and combinations trialed on the new car.

“Firestone has been phenomenal and been present at every test with the 2018 car,” he said. “They’ve run control tires, last year’s tires, new tires and various combinations at different venues according to the demands of the new car. And in a couple of places they’ve found a new direction which they liked, and we all liked.

“The big D-word – degradation – will be a factor, and now we’re going through the process of discussing the details. How much fall off should there be from the start of a stint to the end? How much can be put in the drivers’ hands, where they can make a difference by making their tires last longer?

“Again, I think everyone accepts that degradation has to be a part of the racing process, and dealing with it is one of the skills that drivers and race engineers should deal with. And after all the tests we’ll have done by the time of the testing blackout on Dec. 17, I’d say we and Firestone will have a very good understanding of what’s needed. I’d say we’re in a good place.”

Frye also revealed that there will be an extra set of tires available at five venues next year – Phoenix, Long Beach, Detroit, Texas and Iowa. Asked if this was to ensure more cars on track in practice for the benefit of spectators, more time for the teams and drivers to work on their cars, or, in the case of the ovals, for IndyCar to see how the cars run together, Frye responded, “Probably all of the above.

“You learn from last year where maybe we didn’t have enough tires for the teams to practice as much as they’d like. And although we had ideas regarding where that was the case, we gave surveys to all the teams in which we asked where they felt they were short of tires. We compiled that and came to conclusions.

“You want to be frugal, obviously, but you still want to give teams the right amount of tires to use the practice time.”

One significant point still up for discussion is the extra tire sets traditionally granted to rookies and to drivers outside the Top 10 in the championship. While Frye approved of newcomers getting the chance to speed up their learning process in this manner, he was unconvinced that underperformers deserved a helping hand from Firestone.

“The rookie side of that deal is good, but the other side is debatable,” he said. “If I’m 11th in points, but only 20 points behind someone in seventh, it doesn’t seem fair that I get an extra set of tires. I’ve never understood that.

“Another way to look at it is that we’ve only got 21 or 22 cars on a normal weekend, so almost half the field gets an extra set of tires. Why is that? I’m not sure. So this overall review will give us a chance to fix that too, I hope.”