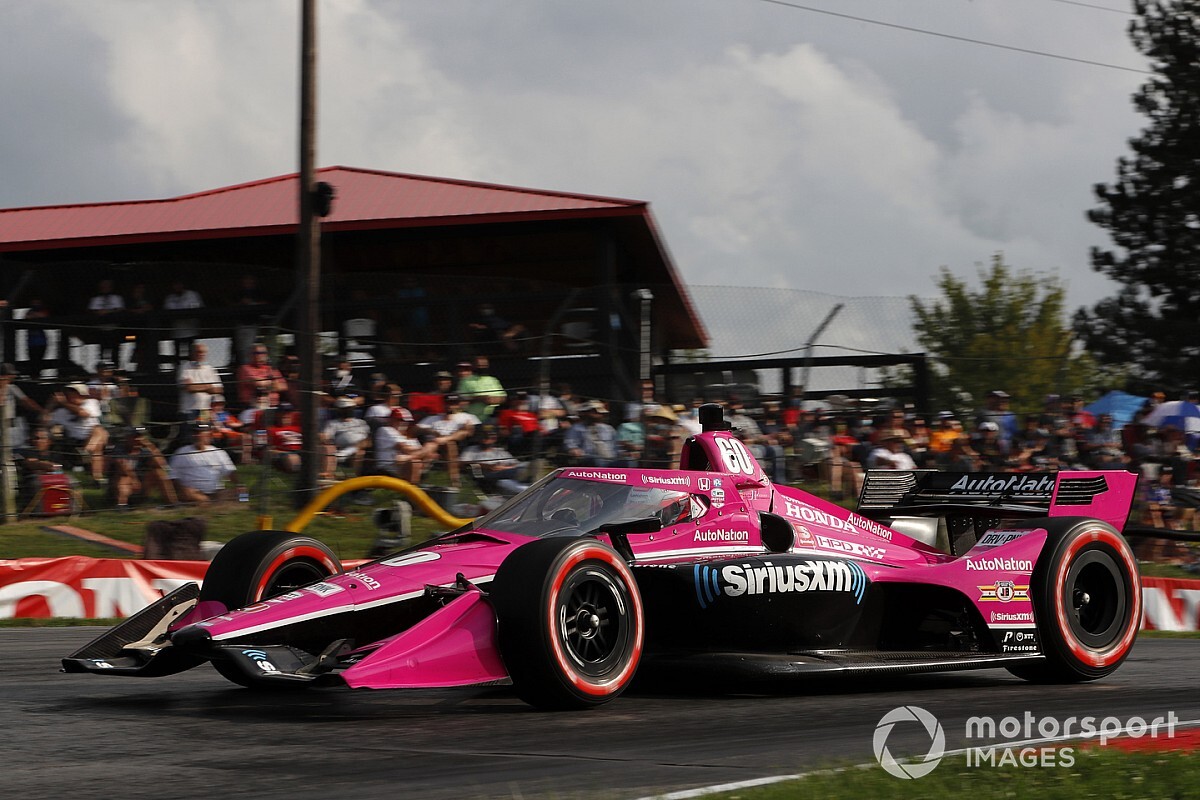 Michael Shank says he’s decided his new, second IndyCar entry will be part-time but is uncertain whether to hire an NTT IndyCar Series veteran or a rising star.

Ever since running Jack Harvey in the 2017 Indy 500 in conjunction with Andretti Autosport, successful IMSA team owner Shank has extended his NTT IndyCar Series involvement. In 2018, he ran Harvey in six races partnered with Arrow Schmidt Peterson Motorsports, and last year that evolved into 10 races, the highlight being a podium finish in the Grand Prix of Indianapolis.

When Arrow SPM evolved into Arrow McLaren SP and switched to Chevrolet power, Shank, as a loyal Honda partner, switched his technical allegiance to HPD-powered Andretti Autosport, and simultaneously went full-time with his single car for Harvey.

However, Shank has often stated his ultimate intention is for his Ohio-based team to expand to two cars, and foresees that opportunity arising next year. The Jim Meyer/Michael Shank-owned operation earlier this month announced that Liberty Media has invested in the team.

Asked if that was pivotal to a second MSR entry in the 2021 IndyCar field, Shank told Motorsport.com: “Well it certainly helps us get there if everything happens. We’re currently working on what we’re actually going to do and we’ll have it out in the world soon. But it doesn’t get us all the way there.

“By the way, we have a technical agreement with Andretti Autosport too, whereby I can’t just say to Michael Andretti, ‘Hey, I’m adding a car to our deal’! There are steps involved, we have some negotiating to do.

“We certainly hope to field a second car conservatively next year, and build it up ultimately. I’ve not made it a secret that I want to get to two full-time cars, but we plan on attacking it just like we attacked Jack’s deal. So it’s going to be very measured approach – when we have the dough we’ll do it.

Regarding whether it would be a veteran or a rising star who stepped into the extra MSR car, Shank responded: “Well, this is the quandary, right? Is it best to have a veteran who can add to the program or best to plan for the future? 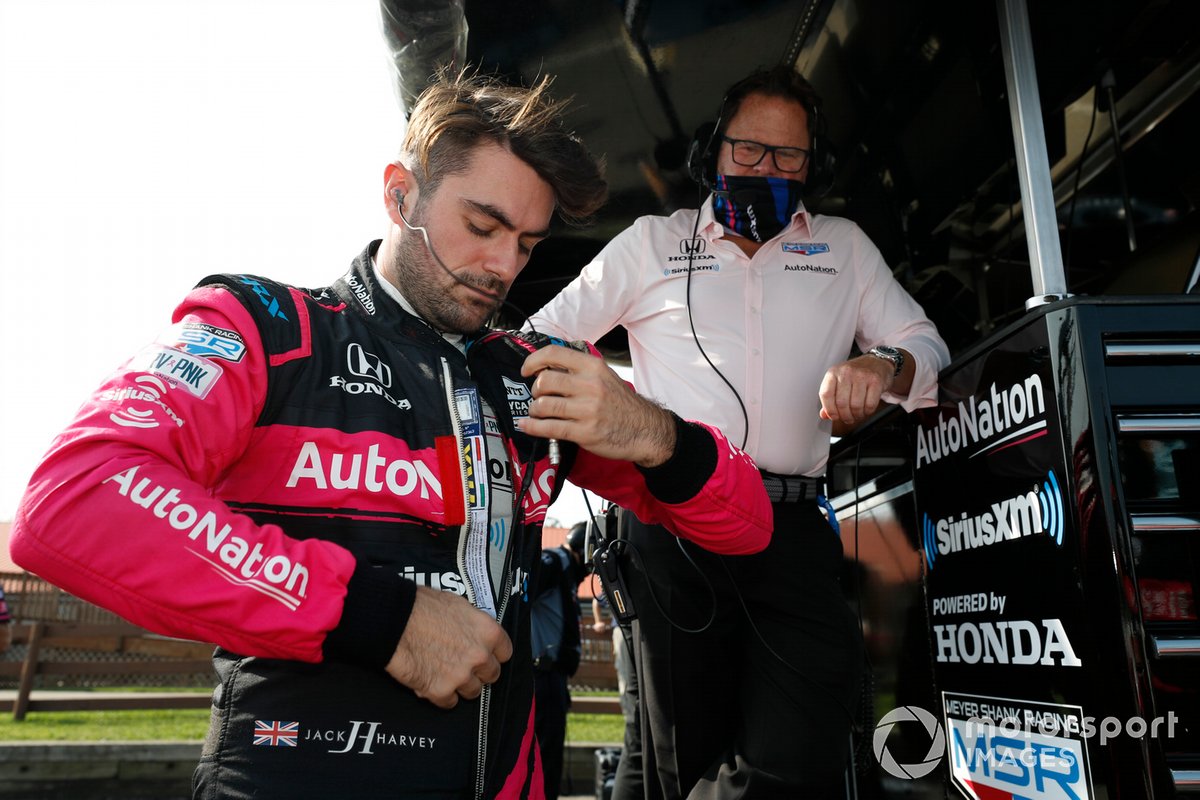 “It’s simplistic but I understand why a team would grab a guy who can produce immediately and who doesn’t need a lot of testing early. We also have sponsor commitments to be aware of during that process too, so everyone gets what they need out of this.”

Helio Castroneves is one obvious candidate for a part-time ride, although the three-time Indy 500 winner who is currently contesting for the IMSA Prototype crown has said his ideal scenario would be a full-time return to IndyCar.

Said Shank: “I value Helio a lot. He drove for me in the 2007 Rolex 24 at Daytona, along with [then Penske IndyCar teammate] Sam Hornish, and we’ve gotten along very well since then. It’s been a good relationship.

“I still think Helio has a real passion and desire to go out on his terms, so if [signing Castroneves] helped our program on the other side with Jack, then… awesome – I’d say that was what we’re going to do.

“But I’m not BS-ing you. The quandary is do we look to the future or go with experience? There are all kinds of sequences and cadences to how we do things. Think about us – we’ve worked with both SPM and now Andretti Autosport, so we’ve seen inside both teams and how they work, the pluses and minuses, and the beautiful thing is that we’ve managed to learn from both of them. And I think experienced drivers can bring some of that too.

“Honestly though, I don’t know what we’re going to do. We are going to race another car next year, that I can tell you. But [regarding drivers], it’s not just me. I need to make the decision along with Jim Meyer, with Liberty… I need to see the whole picture to make sure we all get a little bit of what we need out of it. Someone like Chip Ganassi would approach this different and I use him  just an example. I’m saying all the team owners probably approach these situations in a little bit different manner.

“And there are some drivers out there who deserve another shot at Indy 500, not just the higher profile drivers. If a young driver considered what our future looked like, he might consider us a little stronger candidate despite it being only a part-time ride for now. It just depends on everyone’s position, what they’ve got going on.”

Asked if Oliver Askew, who is being released by Arrow McLaren SP, would be on his shortlist, Shank said: “He’s a good guy and I think a lot of him. A dozen industry people, at least, have called me about him! So that’s good: he’s got people who believe in him and you need that to get by in this world.” 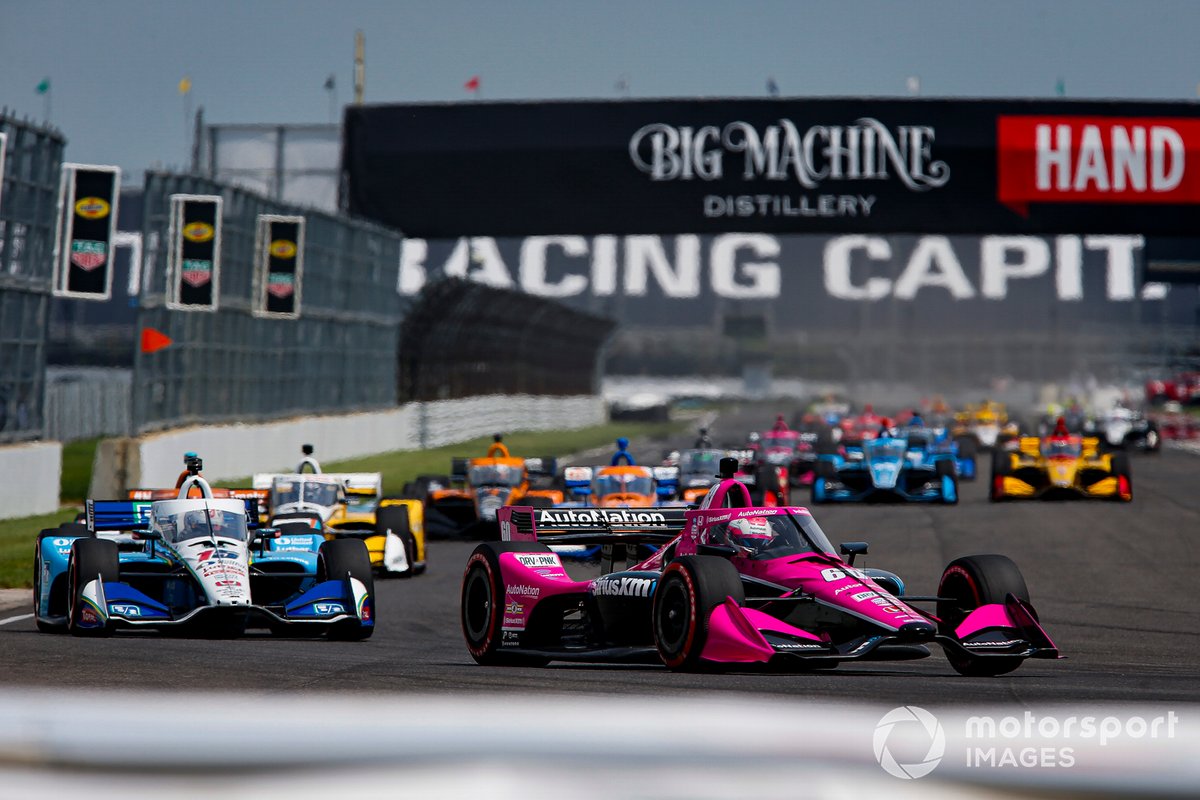 Reflecting on the 2020 IndyCar season with one round to go, Shank agreed that Harvey is unlucky to have one sixth, three sevenths and one eighth place as his best results. Twice the #60 MSR-Honda has qualified on the front row, while on four other occasions it has started in the top six. That disparity between qualifying potential and raceday results is because Harvey is one of a few IndyCar drivers this year who could genuinely complain that full-course cautions have flown at inopportune times, when he and the car have been at their best.

“[Badly timed yellows] have hit us at least three times,” said Shank. “Being honest with you, how we react when that happens has been one of the shortfalls for us – not on Jack’s side but on the team side. Switching strategies when we’ve been forced to optimize a compromised position when things like that happen is something we need to be better at. And we’re working on that.

“I’m happy with our speed, we’re going in the right direction, we’re pretty damn consistent and I just feel like we haven’t cashed in all our chips yet. That’s frustrating but I really like my engineer [Andy Listes] a lot, and we have good people supporting him, so I feel like it’s all going in the right way.

“The great thing about working with Andretti is that I feel we’re getting everything we were promised. When we run well, I don’t feel like it’s a problem.

“We both agreed to a technical deal and it’s working, and I’m really proud and happy. For Jack, can you imagine as a driver being able in real time to compare himself with the other Andretti Autosport drivers and go back out on the track and apply what he learned? How much is that worth?”

Meyer Shank has also generally looked strong in pitstops – an area where its partner team struggled noticeably for much of this season.

“Yeah, we’ve had a couple of challenges,” said Shank. “I’d say we’ve had three bad stops all year. But other than that I would say we’re consistently in the top 10 line to line [pit entrance to pit exit], and sometimes we’re real shiny.

“You’ve got to remember that we don’t have a pitstop-practice car so our guys don’t get to practice every lunchtime like some of these teams do. We just have very good people and I try to keep them even-keeled, thinking things through and not get too spun up about it.

“I’m very pleased with the crew’s improvement from 2019 to this year. You need a stop in the six-second range, and when we were part-time we could fairly consistently get it in the seven-second range, but just through repetition by entering all the races this year, we got it down to six. So that’s another thing I have to think about when bringing in a second car on a part-time basis.”

On the Acura Prototype campaign in 2021 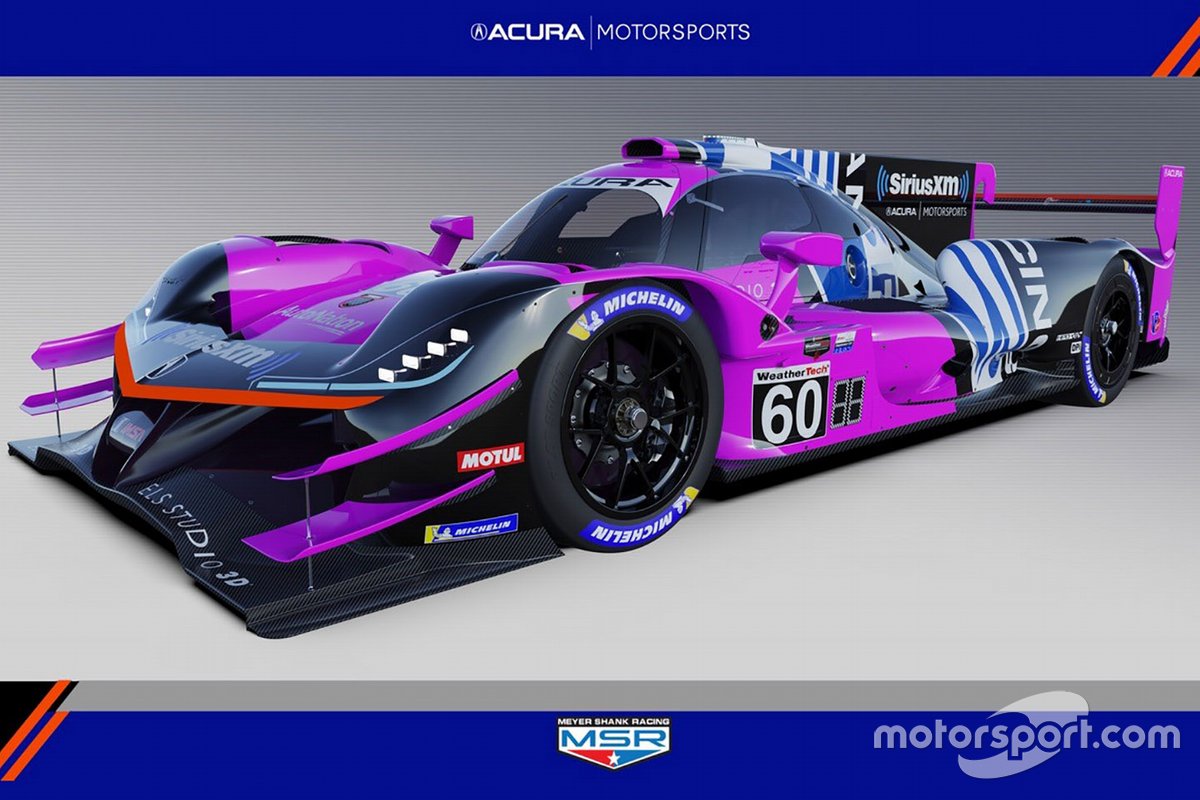 Despite being hit by a rival in last Saturday’s Petit Le Mans, enforcing a lengthy behind-the-wall stop, the #86 MSR Acura NSX salvaged tenth spot, so Farnbacher and Matt McMurry remain in the championship hunt with two rounds to go.

But next year, Meyer Shank Racing and Wayne Taylor Racing take over the running of the two Acura ARX-05s in the Prototype class – one apiece – as Team Penske withdraws.

Last Friday, Olivier Pla – 2016 Petit Le Mans winner with Shank, and 2019 Watkins Glen Six Hours winner with Mazda – was confirmed as one of MSR’s fulltimers and Dane Cameron is expected to be announced as his partner soon.

“We know both our full-timers and A.J. [Allmendinger] so far, but we’re not sure if we’re gonna run a fourth driver at Daytona – we’re still debating that a little bit.”

Although the running of the two Acura ARX-05s will change from one team to two in 2021, Shank emphasized again that he and Wayne Taylor will be in close collaboration, as explained at last month’s announcement of the switch. This extends to decisions over driver line-ups for endurance races, which will be made in consultation with each other and HPD.

“I think the top level Honda drivers in IndyCar all have different opportunities in Daytona Prototypes for the next couple of years,” he said. “It’s important for HPD that it’s a Honda driver. Whether it’s Jack Harvey, Scott Dixon, Alexander Rossi, Colton Herta or Graham Rahal. And then Wayne and I talk a lot, once or twice a day, and we just chop it up; we each have our own agenda but we work pretty closely on this whole project and it’s going well so far. So we consulted on drivers.

“As for A.J., I’ve had a relationship with him for 14 years which I wasn’t going to let ebb away.”

Allmendinger has raced the Rolex 24 Hours at Daytona for Shank every year bar one since 2006, and along with John Pew, Ozz Negri and the late Justin Wilson, won the race outright in 2012. 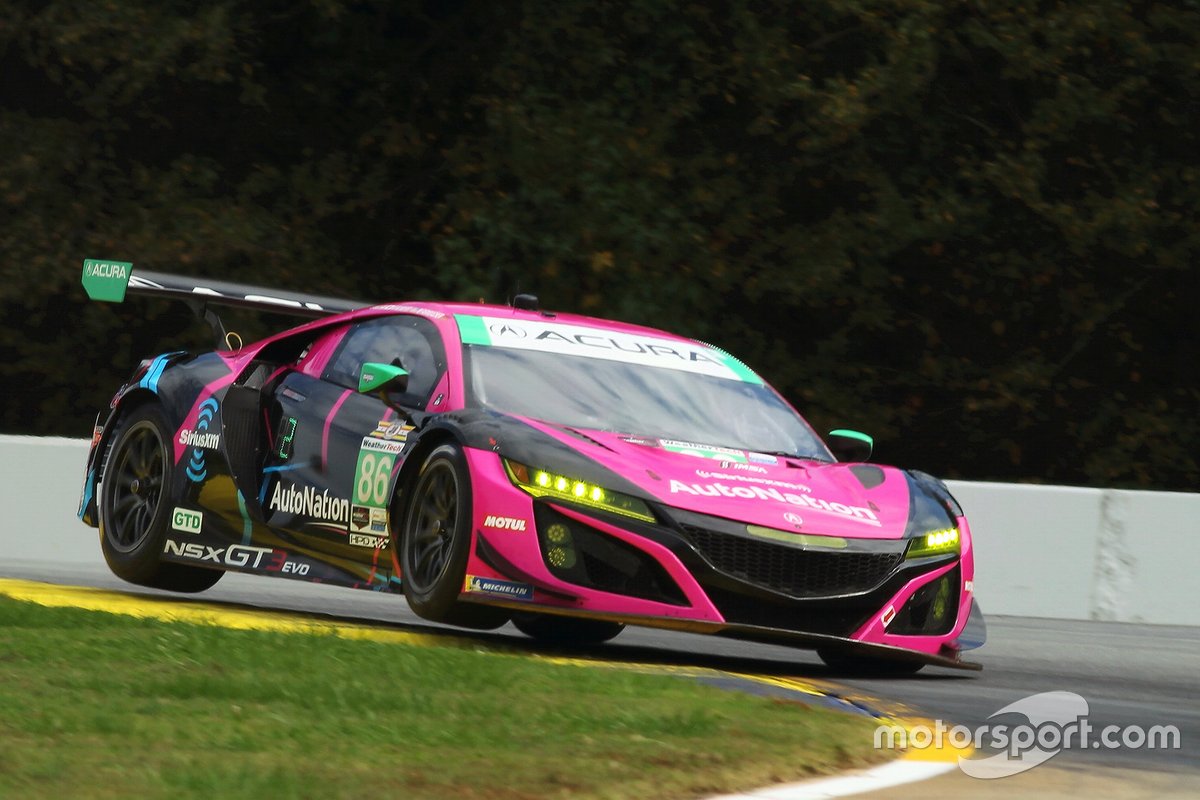