Harvey scored the third front-row start of his IndyCar career, and while the MSR-Honda was jumped by the two Penske-Chevrolets that lined up immediately behind him, the fourth place marked MSR’s second best result in only the team’s 16th race as a full-time participant and 33rd overall.

Harvey held off reigning and six-time champion Scott Dixon to score the team’s best result since taking third in the wet 2019 Grand Prix of Indianapolis. Backed up with an 11th place finish at the season-opening race at Barber Motorsports Park, Harvey now lies seventh in the championship, only 16 points from the lead.

“Jack did an awesome job today,” said Shank. “We lost a bit of pace towards the end of our stint on reds but we knew that Jack was really strong on blacks which is why we decided to finish the race that way.

“These are the types of results that we need to be getting this year and to start off the season this way is great for morale heading into the rest of the season.

“I think that was a solid day,” was Harvey’s assessment. “Obviously when you start on the front row, you want a podium. But overall the No. 60 AutoNation / SiriusXM Honda was working really well.

“It would have been awesome to be on the podium in AutoNation’s home race, but it’s been a really great start to the year, and that’s what we didn’t have last year. I’m really happy with everyone at Meyer Shank Racing. They have been working their butts off to have these results.

“We’ve been close to a pole, and to a podium today. But if we keep working at it, those things will come.” 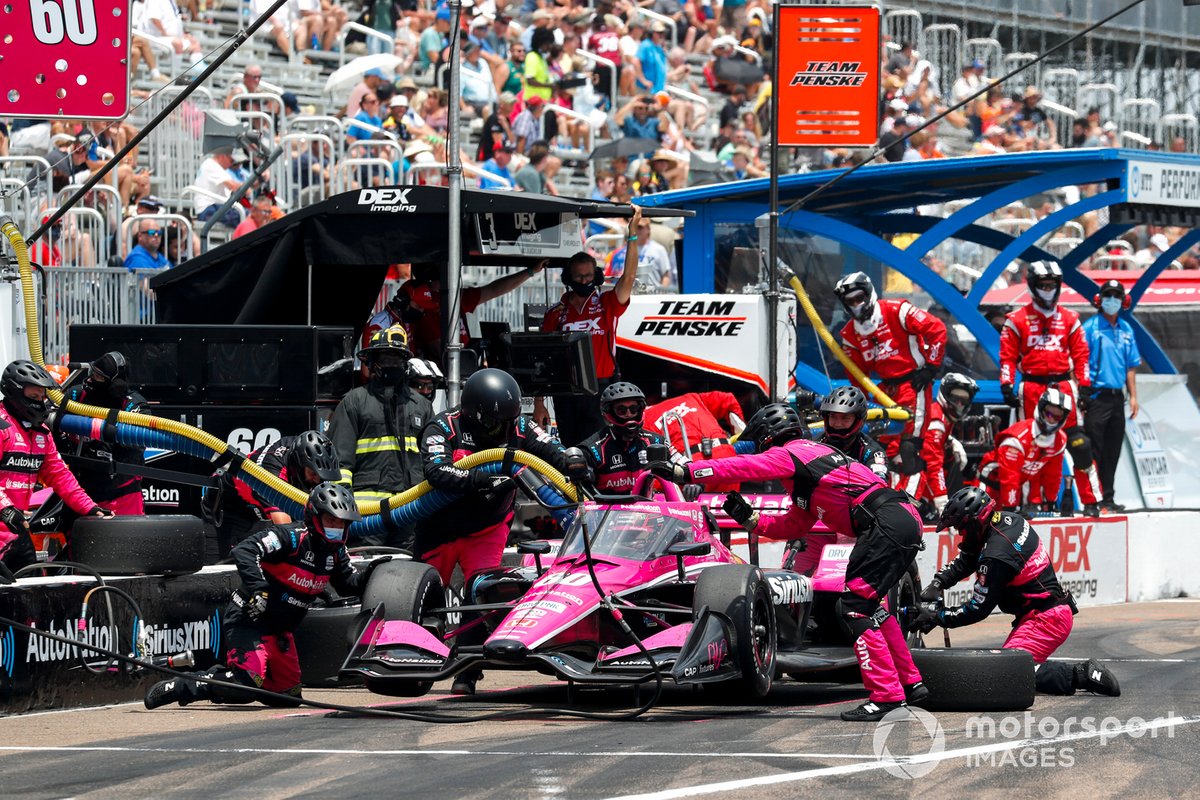 Newgarden: Herta “seems like the top gun” at Andretti