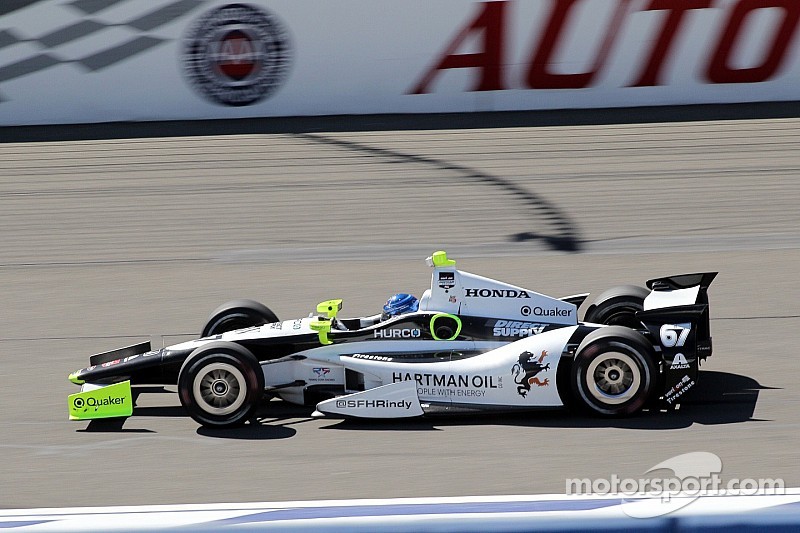 The Sarah Fisher Hartman Racing (SFHR) driver turned a two lap qualifying average speed of 217.600 mph at Auto Club Speedway Friday afternoon, and will start on the outside of the front row on a three-wide starting grid.

"We are always right there," Newgarden said. "We can't seem to get the top spot, and today was the day to do it. It's very hot and nobody really knew what line to use. Some were going high, some low and middle, and drivers were even changing throughout the run.

"If you look at our second lap it was so much quicker than our first. And I think our first lap would have been quicker if I did a better job with my line choice in Turns 1 and 2. It's always hindsight when you come in after a run and you think 'If I would have just done this different maybe we would have been sitting in a different spot' and today I think we would. I think we could have been a pole contender today. We just missed it."

The Verizon IndyCar Series season finale is 250-laps, 500-miles and worth double the points of a normal race. For Newgarden, who has placed fifth and sixth in the last two races, starting up front is always a positive.

"I'd like to say starting on the front row here isn't a huge factor because it's a 500-mile race, but anytime you can potentially be out of the mess and not bunched up with other cars it's always better. Being on the front row gives you the best shot at that at the start of the race, so that's really positive for us. But tomorrow is more about attrition and being there at the very end."