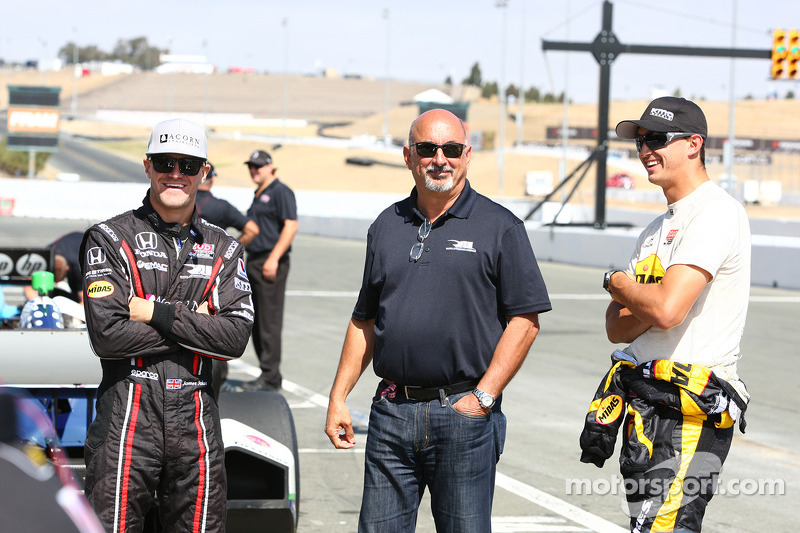 The Grand Prix of Baltimore will mark the second Indy car event for Rahal Letterman Lanigan Racing (RLL) here and will be the fifth overall race. The street circuit incorporates many of the city's most popular attractions. Among the landmarks incorporated into the 2-mile, 12-turn track are Pratt Street, the scenic Inner Harbor area and Oriole Park at Camden Yards. The team’s ALMS GT program (BMW Team RLL) qualified on pole (No. 55) and in third (No. 56) in 2011. The No. 55 car was taken out of the lead by contact from a Corvette and the team finished fifth (No. 55) and second (No. 56). In 2012, the team qualified second (No. 55) and fifth (No. 56) but was taken out of the lead when penalized for intimidating a slower car that had spun and hit the wall and finished eighth (No. 55) and fourth (No. 56). Saturday’s ALMS race will bring the team’s total number of races in Baltimore to four and Sunday’s IndyCar race, to five. The No. 15 blu e Cigs entry for Graham Rahal and No. 16 Acorn Stairlifts entry for James Jakes will bring the Indy car total to 3 entries in 2013. 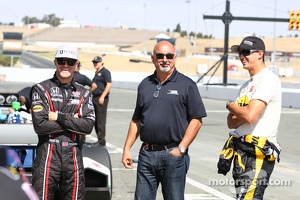 “Like Long Beach, it’s always great when both our ALMS and IndyCar teams are racing together,” said Bobby Rahal. “It’s difficult going back and forth from the garages and pits of both programs because it seems they are on opposite sides of the track but that’s about the only downside of the weekend. I like the ALMS/IndyCar joint weekends, I like the track, I like Baltimore and we are all looking forward to the event.”

In the team’s Indy car debut at Baltimore last year, the timing of a red flag in qualifying contributed to Takuma Sato’s 19th place qualifying position but he started 23rd due to an unapproved engine change. In the race, he led 12 laps (24-35) and held an eight-second lead at one point before a fuel pressure problem surfaced and he retired in 21st.

THIRD TIME IS THE CHARM FOR GRAHAM IN CHARM CITY AFTER CONTENDING IN PREVIOUS TWO?

The 2013 Grand Prix of Baltimore will mark Graham’s third Indy car race here. His best start is second place and best finish is 10th – both in 2011 with Service Central Chip Ganassi Racing (SCCGR). In 2012, he had a problem in the qualifying session and was unable to post a single lap and qualified 23rd/last but started 21st due to two unapproved engine change penalties ahead on the grid. He ran as high as second (eight laps) but made five pit stops to the winners two which included a drive through penalty on Lap 47/75 for passing under caution and finished 11th. After competitive runs the two previous years – and one particular memory he would like to reverse -- Rahal is excited to return to Baltimore.

“In 2011, I was challenging for the win, and it came down to a sprint to the finish. We pitted two laps before we had to, and thus went from a second place finish to 10th. I was furious, and still to this day its one of the most disappointing races I ever took part in. Last year was good as well. Again, I was really strong all weekend. I made a mistake in qualifying that took me to the back of the grid but we charged forward and had an excellent chance to win. I got called on a terrible penalty that ultimately took the win away from me, but we had the speed once again to run up front. I love racing in Baltimore. I think its location, and the fact it has such a buzz surrounding it makes it a great event. The crowds have always been incredible there, and I think it does great things for the city. Being on the waterfront makes it enjoyable for fans, sponsors, and those of us working as well.”

The 2013 Grand Prix of Baltimore will mark James’ third event here and first with RLL. In 2012 he qualified 22nd, started 19th after three competitors were penalized for unapproved engine changes, ran as high as sixth and finished 24th after contact on Lap 32/75 while 11th. In 2011 he qualified 11th and was running 12th on Lap 38/75 when a multi car accident, that began with contact between Hunter-Reay and Briscoe, led to a blocked track and Hinchcliffe, Jakes and Pantano were collected which led to a 27th place retirement. Both events were with Dale Coyne Racing. After competitive runs in both Baltimore events, Jakes is looking forward to carrying over his strong run at Sonoma where he charged from a 19th place start into ninth before he later retired with engine failure.

“We had a problem in qualifying last year but we had run in the top-six for most of the race and I just made a mistake and hit the wall. We had a very good car and were quick in (race) warm-up. Hopefully we can have a good car and go for it this year. In Long Beach Graham was quick and we had a pretty good run on the streets in Detroit so hopefully we can put the two together and do the same in Baltimore.”

GRAHAM AND JAMES ON BALTIMORE

“It’s a difficult track because of the bumps and commitment it takes in most corners,” said Rahal. “It’s not the fastest place you have ever driven, but with all the varieties of pavement, the tram tracks we jump, and the fact that any small error means a crash makes this place really demanding. It’s tons of fun though!”

“Baltimore is a fun track, it’s a place I enjoy driving,” added Jakes. “I have always seemed to go well in the race but have just never seemed to translate it into a result. I’m look forward to going back there to try to make that happen this year. It should be a fun weekend.”

GRAHAM ON THE TEAM’S MOMENTUM

“I think we finally found some speed that will help us now. I know I felt comfortable in Sonoma, and think this will only build as we go forward. I think the team is starting to get some pep in its step and this should show throughout the remaining four races.”

“Blu is a great new sponsor in this series. We are very lucky and very proud to have them onboard with us. To see them increasing their coverage and support in this series means a lot, and I hope we can make them very proud this weekend!”