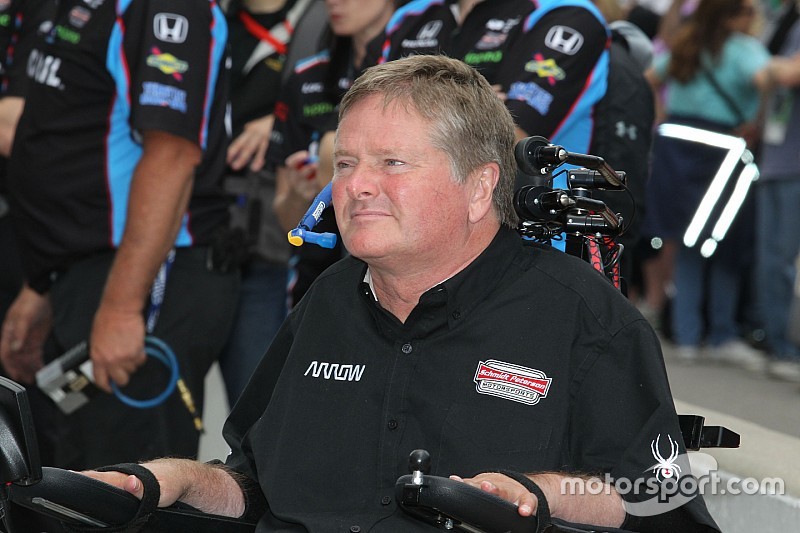 Sam Schmidt, Will Power and Rubens Barrichello are among the stars who will compete online at the virtual Phoenix International Raceway on Wednesday.

Former IndyCar race winner Schmidt, for whom this will be the second year of participation, will pit his driving skills against names such as Power, Barrichello, Oriol Servia, Alex Gurney and Patrick Long around the legendary one-mile oval.

The Schmidt Peterson Motorsports team owner, a quadriplegic, will utilize driving aids provided by Arrow Electronics, who developed the Semi Autonomous Chevrolet Corvette which Schmidt has demonstrated at several racetracks and in which he (re)passed his driving test in Nevada this year.

The simulator Schmidt will use is located at CXC Simulations in Los Angeles, Calif., and will be equipped with reflective infrared sensors and cameras to control the steering, and “sip and puff” technology to control acceleration and braking, respectively.

"I'm very much looking forward to this event,” said Schmidt. “Last year [in a race held at a virtual Watkins Glen] I had no idea what to expect given I have very little simulator experience, but I was pleased to not qualify dead last and ran the entire event in spite of getting punted on the first lap.

“Now, we are going to one of my all-time favorite circuits in PIR and racing on the oval, which should level the playing ground somewhat. I still wish they would do an event with everyone utilizing the Arrow head controls, but maybe down the road. I'm just ecstatic to be in the same event with this list of incredible talent."

The 50-lap Pro Race of Champions begins at 6:00pm PST on Dec. 14th, and fans can watch live at iRacing.com.

Rosenqvist says Ganassi IndyCar test is a memory for life