Dale Coyne’s team has a history of fast cars around Indianapolis Motor Speedway, but Sato is the first driver to have arrived at the team having already scored triumphs in the Memorial Day Weekend classic and therefore having knowledge of what it takes to succeed there

Sato was second fastest in the test here in April, and today he ended the day on top, with a last-minute effort that eclipsed the speed that Scott Dixon set earlier in the session, and the speed he set in the more favorable conditions in the morning.

Although Sato was quick to acknowledge that his time, like Dixon’s, was set with the aid of a considerable tow from a pack of cars, he was nonetheless confident that his Dale Coyne Racing with Rick Ware Racing-Honda entry was swift. It was also a remarkable bounceback from the two-hour morning session, in which an unhappy Sato ran only four laps before the team headed back to Gasoline Alley for a major aero rethink.

Sato said: “Scott was always on top of the times today; we had just a big tow in the last lap, so I guess I’m happy. If you have new tires, I guess anybody can do that! But I'm pretty happy that I went.

“To be honest, the morning wasn't as smooth as we wished. We had to go back to the garage and check up a lot of things because there was some things we were not very happy with. In the end in the afternoon it was pretty quick, we turned around the speed, good speed, and were getting more comfortable.

“This #51 car, very happy, and it seems like the #18 car [of rookie teammate David Malukas] is also very happy, so I think Dale Coyne Racing did a great preparation with the cars over the winter.”

Malukas, who drives the Coyne with HMD Motorsports entry, confirmed he was content with his progress. Last year’s Indy Lights championship runner-up finished the day seventh overall and was fifth fastest of the times set without the aid of a tow.

He said: “Started off the day with everything kind of getting worn in, breaking in, and kind of getting used to the feeling – taking it slow. But going into this afternoon session we were kind of figuring out where the balance was – no-tow laps and while following [other cars], as well. The car handled very well, and it seemed to be very quick, so I am very excited to continue the rest of the week here.”

The rookie also praised his veteran teammate, who has raced Indy since 2010, winning in 2017 for Andretti Autosport and 2020 for Rahal Letterman Lanigan Racing.

Said Malukas: “I've watched many videos, and he keeps giving me tips and also giving me motivation, especially after that Saturday race [on the Indy road course]. He congratulated me because he said it was a very tough race.

“I wouldn't want any other teammate, especially for my rookie year. Takuma has been very helpful.”

For his part, Sato said that Malukas has played his part in sharing the development load despite his lack of laps at this level.

“He obviously is a rookie driver, inexperienced at the 500, so we don't have the luxury to have a Scott or Andretti for example,” said Sato, “but at least I was there and knowing what needs to do, and David is quickly up to speed.

“I'm very happy we're working together. We're spreading the program and we're trusting each other. We don't run each other together yet, but we feel pretty comfortable. So the next few days will be extremely important.

“Every day is important, of course, and then let's see how much we can pull out the speed. But the race will be very different, so we need to study a lot.” 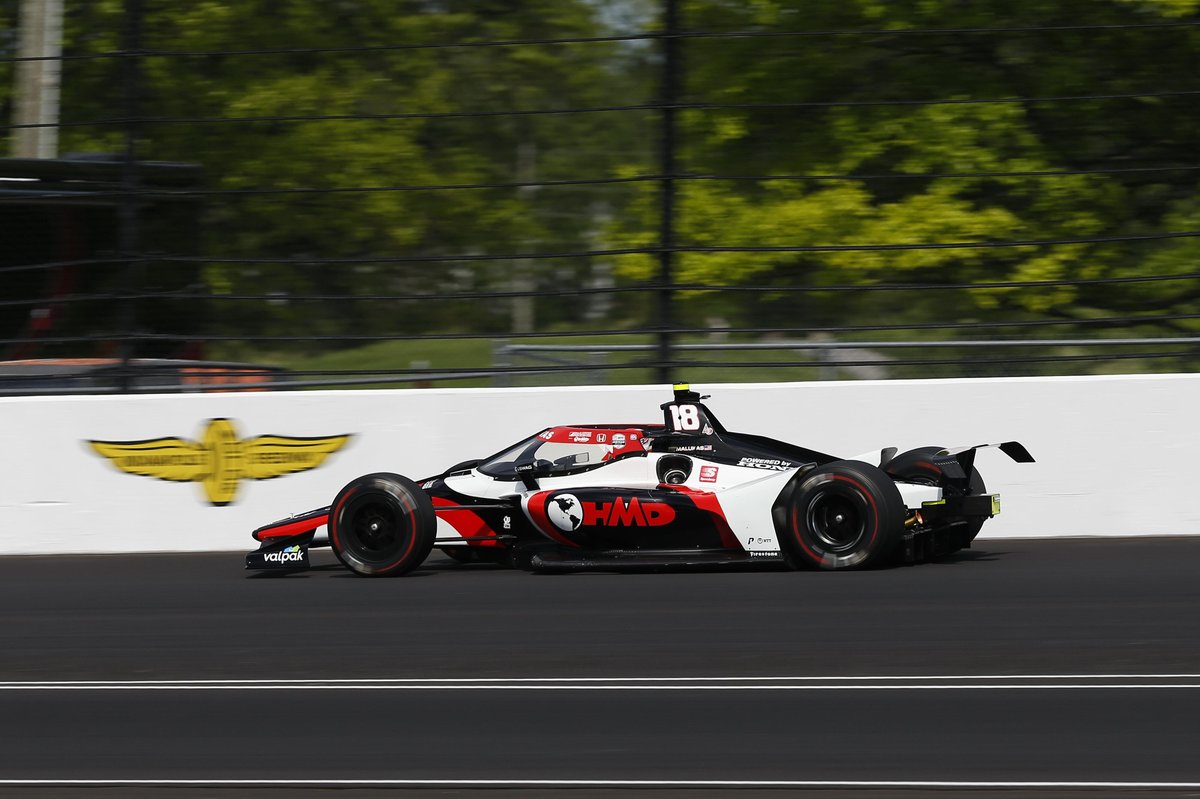 Sato, Malukas put their pace down to great teamwork at Coyne

Malukas “obsessed” with IndyCar, no wish to race anything else