Sato, RLL ready for the challenges of the modified Sonoma circuit 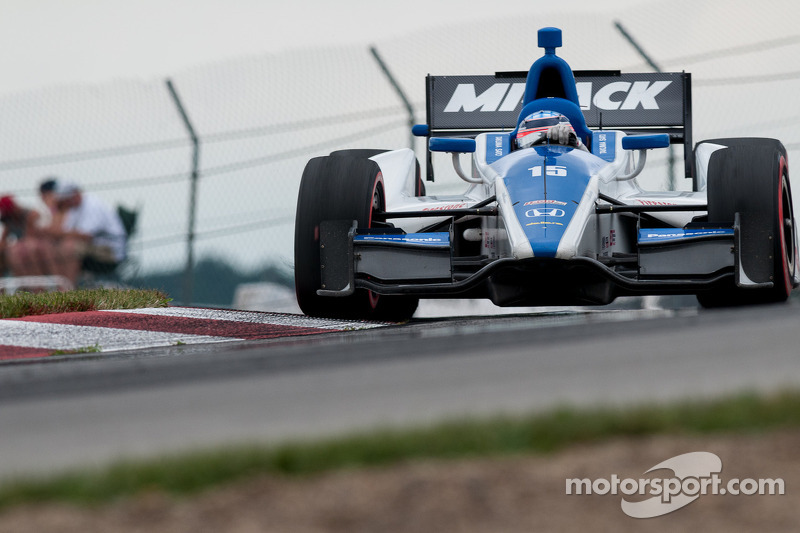 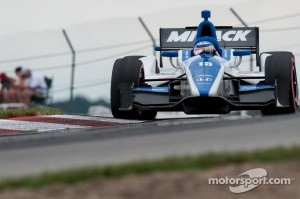 SATO ON THE CHALLENGES OF THE SONOMA COURSE Takuma Sato has raced at Sonoma Raceway two times with his best start of 16th coming in 2011 and best finish of 18th coming in 2010 and 2011. The course is one of his favorites.

“Sonoma is one of the best road courses in the United States. I really like the flowing corners and huge elevation changes, They are great fun to drive. There are a couple of un-sighted corners over the hill and they are very challenging.”

SATO ON THE TRACK MODIFICATIONS TO ENHANCE PASSING OPPORTUNITIES The raceway unveiled a newly modified track layout, which features changes to Turns 7, 9 and 11 designed to enhance passing. The raceway consulted with series officials, drivers and team representatives on the changes. With the modifications, the track will be 12 turns and 2.31 miles and race distance will increase from 75 to 85 laps. More passing opportunities are welcome as the team will be assessed a 10-grid penalty for the race after an engine change – the sixth for the team this season -- prior to the Sonoma test last Friday, August 17.

SATO ON THE CHANGES TO TURN 7 “I think it is good change. It’s much tighter than before so instead of carrying some speed to enter the corner, now you really have to slow it down in order to make it! So there is a longer braking time and the big speed deferential creates good opportunity for passing.”

SATO ON THE CHANGES TO TURN 9 “The way they added the new tarmac, it is a little challenging to use all of them as this curve upsets the car but now this new Turn 9 you can go through quicker than before so it makes it a little more difficult to overtake at T9 itself however, this means it slightly opens the opportunity to go attempt at the next T11 so we will see.”

SATO ON THE CHANGES TO TURN 11 “It was so visibly difficult to see where the tuning point was with lots of lines! But that could be solved easily. More importantly the corner itself was so tight and narrow that it actually makes it very difficult to overtake. So there were already some changes made during the test and now it has a wide open exit which I think is good because its still a tight entry which is a good opportunity for passes but the wider exit gives you some recover space for less accidents.”

SATO ON THE IMPACT OF THE LONGER RACE The GoPro Indy Grand Prix of Sonoma was recently lengthened from 75 to 85 laps. Sato believes this will make the race more exciting. “Adding 10 laps to the race means it will be very difficult to do a two stop race now so it's not a bad thing because probably everyone will be three stops unless there are big yellows. Fuel saving is important but not so critical now which means more aggressive racing!”

SATO ON THE PROGRESS MADE AT THE SONOMA TEST LAST FRIDAY “We learned quite a few things as we went through a number of test items but it is never enough. You always want more time. I think we made reasonable progress although our program was cut short in the end but, still, that was a very good test for us.”

SATO ON THE POSSIBLE REDUCTION OF TESTING FOR 2013 “More testing always helps to develop and make a good progress but I understand what we have to face in this time as well so let's see what happens. I personally, obviously, would love to have tests as much as we can.”

SATO ON WHAT HE LIKES TO DO IN THE AREA AWAY FROM THE TRACK “Who could not enjoy this area?!! I think it’s a beautiful place with lots of wine and good food. I love the weather, scenery, atmosphere, food and drink of Sonoma county. There are a lot of stars as well at night. The activities in this region make you have a big smile and good life but I have to be careful with the scale of fun on the race weekend!”

SATO’S SEASON TO DATE Sato has run competitively in most races to date this season although his 13th place rank in series standings with a total of 233 points does not reflect that performance. He is only 23 points from a top-10 rank (10th: G. Rahal, 256 pts) and 83 from fifth place Hinchcliffe who has 316. He led three races to date and ran as high as second, fourth and sixth in five others. His top finish to date this season is a career-best finish of second in Edmonton.

Ed Carpenter Racing continues to progress as they head for Sonoma