Takuma Sato’s manager says the Japanese driver has opportunities with all of IndyCar’s Honda-powered teams at the moment, but is favoring RLLR, AA and SPM options. 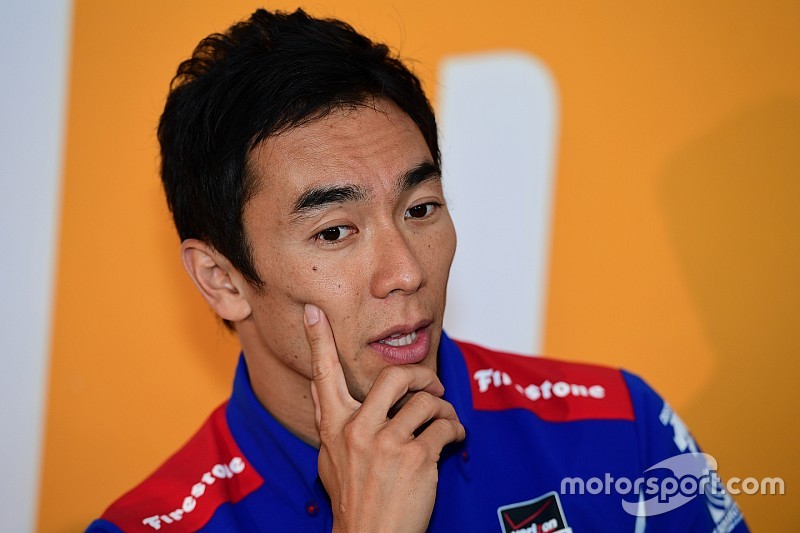 With AJ Foyt Racing set to switch to Chevrolet power in 2017, Sato is expecting to lose his ride there, and Honda is keen to see him retained by one of the HPD teams.

Sato, a seven-year veteran of the Verizon IndyCar Series, has spent four seasons at Foyt, but has yet to finish higher than 14th in the year-end points table, one place lower than his 2011 campaign with KV Racing. The highlight of Sato’s time driving for the most successful driver in Indy car history was their victory at Long Beach in 2013. It was the team’s first win since 2002, and the ex-Formula 1 racer’s first trip to Victory Lane since his Formula 3 days, in 2001.

He said: “Everything requires finance to make it all work, but I think it’s fair to say our three best options would be Rahal [Letterman Lanigan Racing, for whom Sato raced in 2012], Andretti Autosport and Schmidt Peterson.

“It would be nice to go ‘home’ to Bobby Rahal’s team. He’s got a great group, he likes Taku, we know everyone there and so it would be an easy adaptation. That would be our number one pick, I’d say.

“But Schmidt is obviously a strong team too, and in terms of money, I think what they require is closest to what we can achieve. Sam says he has half the budget for a third car. And Taku is also one of three or four drivers being considered for what has been [Carlos] Munoz’s seat at Andretti, too.

“We’ve spoken to Ganassi about the #8 car – although I’d imagine Max Chilton wants to stay there, if he chooses to stay in IndyCar. Actually, with the partner projects I’m working on, we probably have the most synergy with Chip’s team.

“Dale Coyne is obviously a great guy, but I’m worried about their damper program, and also about whether [Sebastien] Bourdais’ development direction might make the team Bourdais-centric.”

Fusek was, however, eager to dispel the myth that Sato gets free engines from Honda.

“Yeah, everyone’s always assumed that but it’s not true,” he said. “Taku has never had a free engine program since he has been in IndyCar. He's sponsored by Panasonic, and it’s not a huge deal but it’s decent.

"So I think employing Taku may come with a sweet deal on an engine/aerokit lease. But that’s Honda’s choice. It's not a given."