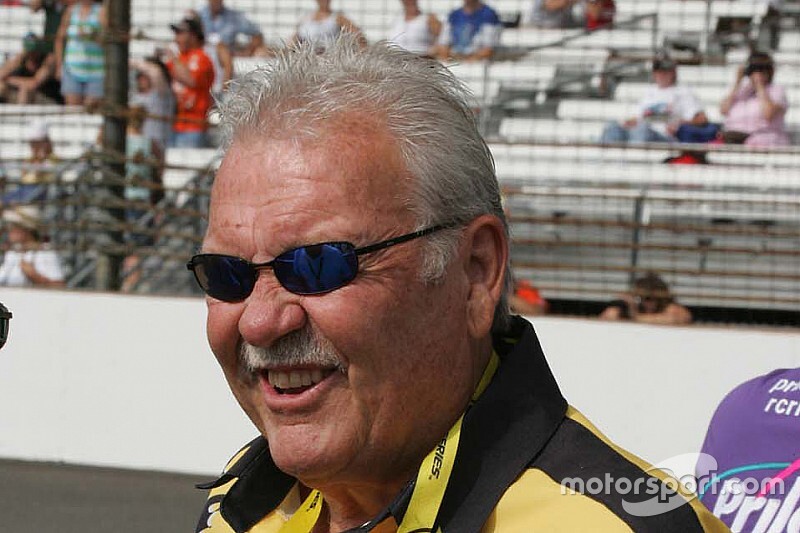 Bill Simpson, a former Indy car driver who turned into one of the sport’s greatest safety advocates and innovators, has died following a stroke.

Between 1968 and 1977, Simpson made a total of 52 starts with a best finish of sixth place at Milwaukee in 1970. But it was the Californian’s drag racing exploits before that which first triggered his interest in safety; a severe crash in 1958 left him with two broken arms.

It led to him coming up with the idea of a safety parachute to slow down the already extremely fast Top Fuel cars of the era, and drag-racing legend ‘Big Daddy’ Don Garlits’ adoption of the system was a major endorsement.

Thereafter, Simpson developed increasingly effective driver protection – in terms of helmets, firesuits, gloves and shoes – the big breakthrough coming when, working for NASA, he learned of Nomex. In the 1967 Indianapolis 500, 30 of the 33 starters used Nomex firesuits.

Simpson would become famous for setting himself on fire to prove his products’ effectiveness, but he was also a strong advocate of improving the safety of the cars, and for many years badgered NASCAR about developing what became known as crumple zones to help absorb energy during impacts.

Simpson safety belts became one of the industry’s standards, but the failure of a belt during Dale Earnhardt’s fatal crash at Daytona in 2001 caused NASCAR to state that this was a contributory factor in the icon’s death. Simpson said the failure was caused not by a manufacturing defect but by incorrect installation as Earnhardt preferred the greater comfort offered by a customized installation. After trying to sue NASCAR for $8.5m, Simpson settled out of court, but left Simpson Performance Products. Subsequent medical investigations into the accident concluded that basilar skull fracture was the cause of Earnhardt’s death, due to inadequate head and neck restraint.

Simpson would go on to form the safety equipment company Impact! and continue his constant quest to improve driver safety. He entered the Motorsports Hall of Fame in America in 2003, and the Indianapolis Motor Speedway Hall of Fame in 2014. But he also developed lighter and stronger football helmets as cases of football players suffering concussion became ever more prominent.

Another noteworthy highlight of Simpson's career was providing four-time Indianapolis 500 winner Rick Mears with a car to make his first career Indy car start, in the 1976 Ontario 500.

Simpson chronicled his life in the books, Racing Safely, Living Dangerously and Through the Fire.

"Bill Simpson became synonymous with motorsports safety equipment through his tireless work of more than 50 years. His innovations and products protected so many drivers and saved countless lives, and will continue to do so moving forward.

"We're eternally grateful for Bill's dedication to safety at every level of the sport, from the grassroots oval and road racer all the way to the biggest events and stages such as the Indianapolis 500 and the Indianapolis Motor Speedway.

"Bill was a great friend to IMS and INDYCAR, and a passionate supporter of the Indianapolis 500 and IMS Museum, never missing a chance to return and sign autographs for the fans. He will be missed but always remembered by everyone in our racing world."

A celebration of Simpson’s life is being planned for this May at the IMS Museum, with details pending.