Alexander Rossi says that signing a deal with Arrow McLaren SP-Chevrolet for 2023 has not ruined the atmosphere within his current team, Andretti Autosport-Honda.

After a “very encouraging” test on the Indianapolis Motor Speedway’s road course on Thursday, the 2016 Indy 500 champion told Motorsport.com that he, race engineer Jeremy Milless and his teammates were continuing to work productively together and their dedication to winning had not shifted at all.

“Everyone’s been very understanding with regard to my move,” said Rossi, who has been with Michael Andretti’s team since switching from Formula 1 at the end of 2015. “They all get it, for the most part.

“And we’re very focused on the opportunity we have this year. I think everyone is allowing themselves to believe we have a shot at winning this championship, if we can keep the ball rolling and all the focus – including mine – is on that.

Rossi, after eight rounds of the 2022 season lies seventh, 75 points behind championship leader and fellow Indy 500 winner Marcus Ericsson. Given the number of drivers between them, a true title shot looks questionable, but a top three – as he achieved in 2018 and ’19 – is definitely feasible. That would be considered a major bounceback from the last two seasons in which he finished ninth and tenth respectively.

“The way I look at it is that if we’re successful this year, if we can finish top three, get a couple of wins, we all look smarter – Andretti, Arrow McLaren SP, and myself. It’s a win-win-win.”

According to Rossi, pooling data with teammates has also been unaffected by his departure in less than three months, and it remains an open-book policy at Andretti Autosport, for whom he has scored seven wins so far.

“Colton [Herta] is one of my very good friends,” he said. “Him and I work very well together.

“Honestly, nothing has changed whatsoever. And I’m very appreciative to my team for that, and for allowing us to continue to do everything we can to get the best results.

“So it feels I’m leaving on very good terms with the Andretti organization, but ultimately, I reached a crossroads where I needed to make a decision. I fully believe in what McLaren is currently doing and what they’ve shown they can do, and I think I’ll be able to do nothing but contribute to that program and help them. I’m excited about it.”

Rossi is also excited about his short-term prospects over the remaining nine rounds of the 2022 championship – a feeling heightened by Thursday’s test.

“It was one of the more productive days we’ve had at the Indy road course, very encouraging,” he said. “We’ve been super hit-’n’-miss on that track forever, because we could never find anything that we were happy with. In morning sessions we’d be OK but as soon as it started to heat up we’d struggle, but this test was really hot and we found a lot of things.

“Firestone had brought two tires to the test. The Barber tire which everyone went fastest on in the morning and then the GP Indy tire. In the afternoon we were really strong [fastest, in fact] even though everyone’s speed dropped a bit.”

Rossi said that the test left him cautiously optimistic for IndyCar’s second race around the 2.439-mile Indy road course, on July 30.

“Usually I never wish for races to be hot,” he said, “but I’ll be really hoping that one is. I think the car we developed in this test is really strong, superior in hot conditions. I don’t know how it will translate into cold conditions - you know how sensitive these cars are to temperature changes, different track conditions – but at the end of July I’m guessing it will be hot here. I think we’ll be in the hunt.” 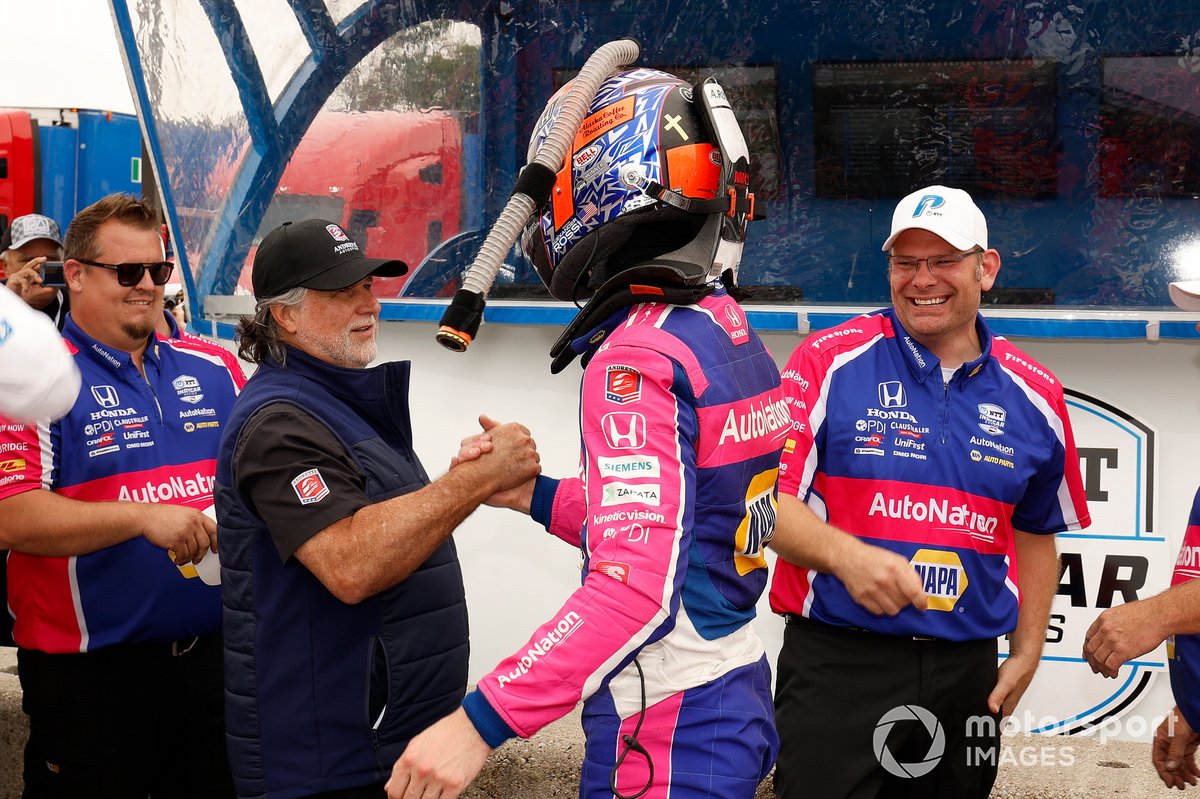 Team Penske-Chevrolet’s Dave Faustino has been Will Power’s race engineer for 15 of the last 16 seasons. He gives David Malsher-Lopez the inside story on how the 2014 champion delivered in 2022.