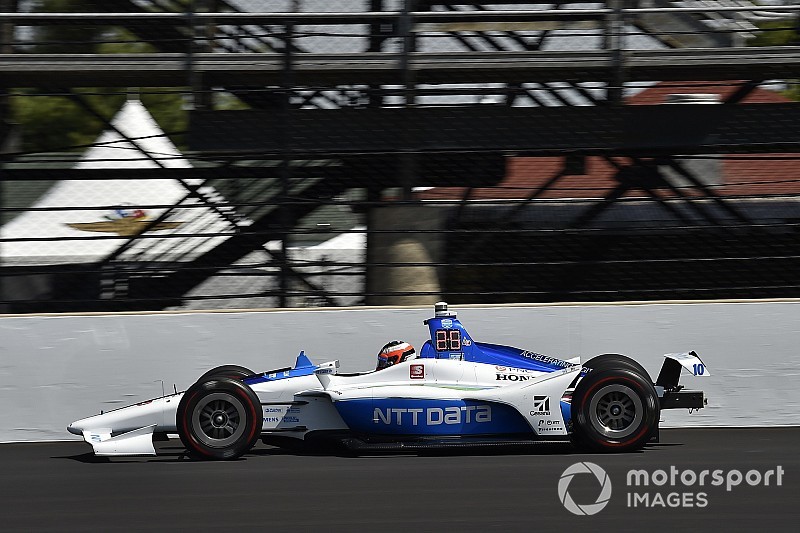 Felix Rosenqvist crashed his Chip Ganassi Racing-Honda in the final hour of Day 2 practice for the 103rd Running of the Indianapolis 500.

The Swedish rookie was closely following fellow newbie Colton Herta through the short chute between Turns 1 and 2 when he pinched down toward the grass, the tail looped around, he spun through 360 degrees, and the right-rear made heavy impact with the outside SAFER barrier.

As the wrecked #10 car rebounded across the track, defending Indy 500 winner Will Power somehow managed to carve an arc around him, while Jack Harvey drove through the tire smoke between the wrecked car and its torn-off wheel assembly.

Rosenqvist ended up buried in the tires on the inside of the track, but stepped out of the cockpit unaided.

After getting checked and cleared at the infield medical center, he commented: I’m good. I was behind Colton trying to run the car in traffic and I felt a sudden push and then it went very loose, very fast and I couldn’t react to it.

“Luckily my team builds a good car, a really safe car. I’m completely fine. We just have to really analyze what happened there.

“I’m not sure if I was down on the curb. It kind of looks like I could have been up a bit. That probably explains it. I cannot really remember. A shame, but that’s how it is.”