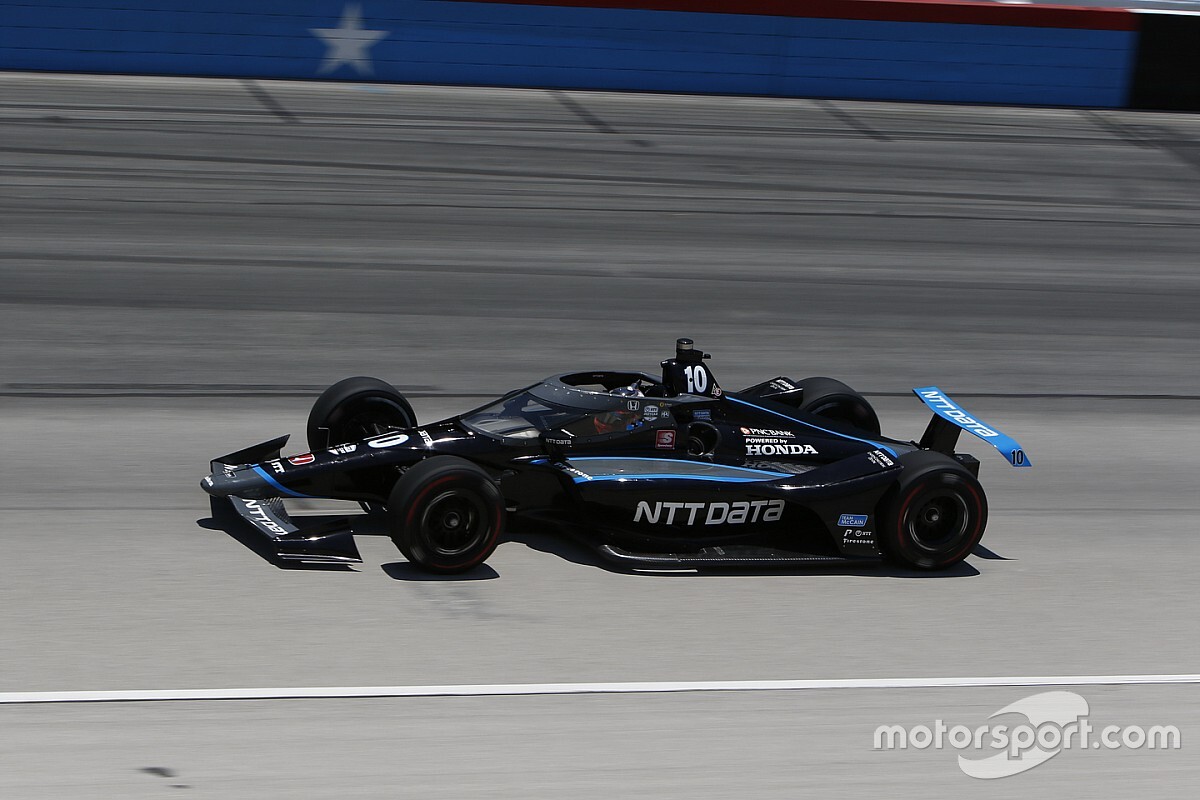 Chip Ganassi Racing’s Felix Rosenqvist has attributed his breakthrough oval performance at IndyCar’s season-opener to a visit he made to see Dario Franchitti over the off-season.

In last Saturday night’s Genesys 300 at Texas Motor Speedway, Rosenqvist was running second behind eventually victorious teammate Scott Dixon before he crashed out of the race with just 10 laps to go whilst attempting to pass the lapped James Hinchcliffe.

In 2019 Rosenqvist won IndyCar’s Rookie of the Year honors and finished sixth overall in the championship but only recorded a best finish of 11th in the season’s five oval races, and so at the end of the season he prioritized improvement on the speedways for 2020.

So the 28-year-old Swede said he sought help from Ganassi’s driver advisor, four-time champion and three-time Indy 500 winner Franchitti. The Scot scored 16 of his 31 Indy car wins on ovals, but it wasn’t until his sixth season of U.S. open-wheel racing that he nailed his first oval triumph.

“I went to visit Dario in the winter to talk about ovals, and get that into my mindset,” Rosenqvist told Motorsport.com. “He was an epic driver, he has a good teaching ability, he knows how to put feelings into words when it comes to teaching. That’s been incredible.

“The whole team has been really supportive and that really paid dividends in Texas. They obviously knew when they signed me that I wouldn’t be an oval legend straight away. Some drivers are: they go in and are good straight away. But I definitely wasn’t. But there weren’t any expectations for me to be to winning oval races straight away.

“They’ve been very patient and helpful, especially Dario and Scott [Dixon]. Whenever I’m asking them something, they’ve been really helpful, and there hasn’t been a question stupid enough to ask in their eyes!”

Rosenqvist revealed he watched NASCAR Sprint Cup races over the winter in order to enhance his understanding of oval racing ahead of his second year in IndyCar.

“I’ve taken big steps with myself over the winter when it comes to the ovals,” he added. “Ninety-nine percent of my focus has been just that – becoming a better oval driver.

“I spent a lot of time trying to understand the racing, not necessarily how to be quicker but just how the racing works, watching NASCAR because they’re the masters of ovals.

“After I joined IndyCar I really respected what they did in a different way. If any of us would jump in there, they would just beat us easily, and there has been plenty of IndyCar drivers who have shown that to be a fact.

“Seeing the little details, what they do, how the track is changing grip, and pit stops and everything… it’s pretty inspiring when you get into the details.”

Reflecting on his Texas performance, Rosenqvist said he had felt “a different calm and confidence all day, and that, together with having the best car, made something click.”

Five lessons and questions from IndyCar in Texas