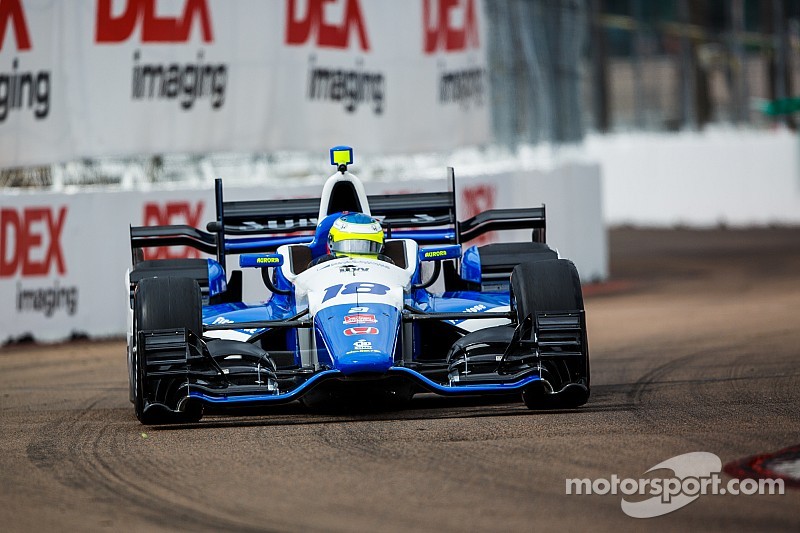 You never know what to expect from Dale Coyne Racing, one of the longer-serving small teams in the Verizon IndyCar Series.

This morning Coyne announced that he’s replacing Huertas with American Rocky Moran Jr this weekend at the 41st Toyota Grand Prix of Long Beach. It makes you wonder why? Obviously this has something to do with money, as Huertas has been doing a reasonable job of driving the car. He’s kept it on the track and hasn’t managed to hit anyone on his crew. He could have had a rational result at NOLA but strategy got in the way. Unlike teammate Dracone who lives at the bottom of the grid and, well, we already discussed last weekend, didn’t we?

Moran’s last foray in American open wheel racing came in the early part of the last decade when he competed in the Toyota Atlantic Championship, competing along with such current stars as 2014 Indianapolis 500 winner Ryan Hunter-Reay, TUDOR United Sports Car Championship drivers Joey Hand, Alex Gurney and Jon Fogarty. He won at Mazda Raceway Laguna Seca in 2001 and on the Montreal Grand Prix circuit a year later.

After racing in the Atlantic series, Moran Jr joined his father, Rocky Moran and built a karting track in the Southern California area. He also competed in sports cars, racing a Jaguar XKR in the American Le Mans Series championship.

Still, Moran Jr, now 35, has always had a yearning to compete in the Verizon IndyCar Series. He did test with Schmidt Peterson Motorsports in September of last year at Homestead-Miami Speedway’s road course.

“I can’t tell you how excited I am about finally being able to drive an IndyCar,” Moran Jr. said. “Dale is a dream maker and I have always dreamed of this opportunity. We just need to run a lot of miles, as I am aware of the hill I have to climb, but I love Long Beach and this truly is a dream come true for me.”

Hopefully Moran Jr can get with the INDYCAR program relatively painlessly. He does have quite a few laps on the Long Beach circuit, albeit in a Toyota pace car, as he’s been a regular driver for media rides at the annual media day preceding the Long Beach Grand Prix race each year.