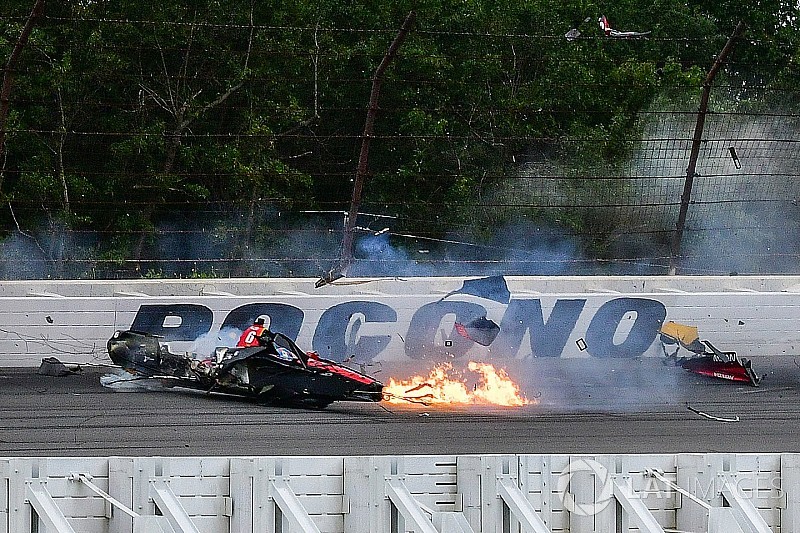 Robert Wickens will undergo surgery on Monday evening for a spinal injury he suffered in a crash during Sunday's IndyCar race at Pocono.

Wickens hit the rear of Andretti driver Ryan Hunter-Reay's car in the early stages of the race, which sent him along the top of a barrier and into a catchfence.

The Schmidt Peterson Motorsports driver was airlifted to Lehigh Valley Hospital near Allentown after the crash, which resulted in the race being delayed by two hours while fence repairs were carried out, and was reported to be awake and alert.

A statement issued after the race by SPM and IndyCar said was Wickens was "being treated for injuries to his lower extremities, right arm and spine" and that he had also bruised his lung.

Another short joint statement was issued on Monday, which said an MRI scan had taken place and helped inform a surgical decision.

"An MRI was instrumental in revealing the most appropriate surgical course and Wickens is undergoing surgery Monday evening for a spinal injury. Further updates will be provided when available."