RLL returns "home" for the Indy 200 at Mid-Ohio 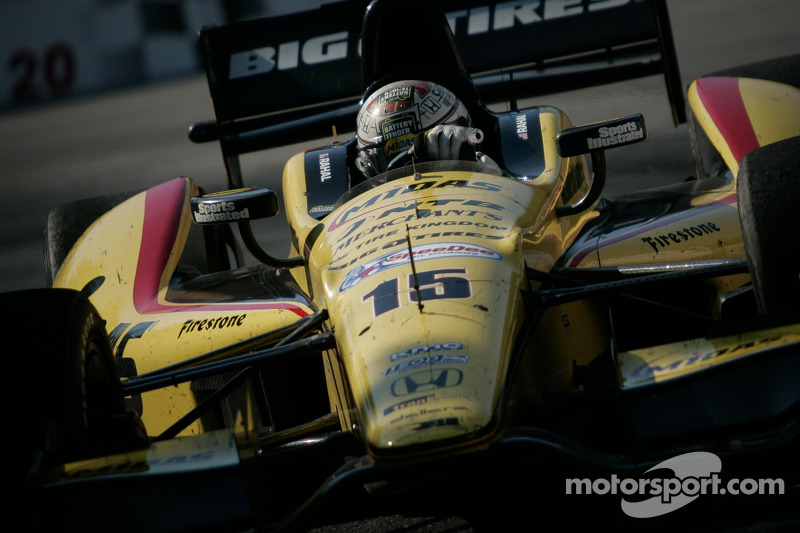 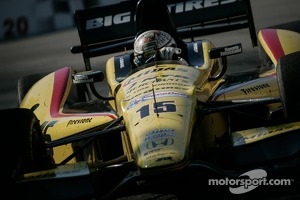 The Honda Indy 200 at Mid-Ohio will mark Graham’s sixth Indy car race here but first with his father’s Indy car team. Rahal was born in nearby Columbus and splits his time between New Albany, Ohio and Indianapolis, Indiana. He has competed in many other series at his “home track.” At the age of 16 in 2005, he became the youngest to claim the SCCA National Formula Atlantic championship at the SCCA National Championship Runoffs here by a dominant 43-seconds. He also competed in the Star Mazda race here in 2005 (S/F 4/9) and tested a Grand Am car in 2007 before making his Indy car debut at the track in 2008 with Newman/Haas/Lanigan Racing (NHLR). He is looking forward to competing in his “home race” for his father’s team for the first time. “It will, without a doubt, be fun to go home and race with dad,” said Rahal, 24. “Mid Ohio is always a special event to me. There are so many memories, good and bad, but it’s a place that as a kid I loved spending time with family. To now go back as a family will mean a ton to us all.”

GRAHAM ON HIS PERFORMANCE AT MID-OHIO AND BUILDING MOMENTUM FOR 2014
Graham’s top start at Mid-Ohio of fourth place and top finish of eighth both came in 2009 with NHLR. Last year he qualified 22nd, started 21st (engine penalty ahead on grid) and finished 11th with Service Central Chip Ganassi Racing (SCCGR). In 2011 he qualified sixth but a problem on his first stop limited his finish to 24th with SCCGR. In 2010, he qualified 25th with NHLR and had moved up to 14th when he attempted to pass Wheldon for 13th on Lap 61/85 in Turn 2 and went off course and dropped to 21st. He ultimately finished 20th. In 2009, he started fourth with NHLR and looked likely to finish no lower than fourth before an off-track excursion while fifth late in the race led to an eighth place finish. In 2008, he started 14th with NHLR and ran as high as eighth, but an off track excursion on Lap 53 limited him to a 16th place finish. “It’s been up and down,” said Rahal of his Mid-Ohio results. “I’ve won a national championship here, and I’ve thrown away an Indy car podium finish in 2009 so I know how demanding it can be. I think we’re at a time in our season that we really need to build momentum for 2014 and it starts right here at Mid-Ohio. We need to get off on a good foot and have a good test and carry that into our weekend. It’s a very tricky course. There are a lot of quick elevation changes, a lot of hard braking zones and very heavily loaded corners. It’s a place that it is very difficult to get the car right, but I think with out recent changes things should improve from here on out.”

JAKES HOPES TO CELEBRATE A STRONG FINISH ON SUNDAY ALONG WITH HIS BIRTHDAY
The Honda Indy 200 will be Jakes’ third event here and first with RLL. In 2012 he qualified 21st, started 20th after a competitor ahead on the grid was penalized for an unapproved engine change and finished 19th. In 2011 he qualified 24th and finished 23rd. Both events were with Dale Coyne Racing. “I really enjoy driving at Mid-Ohio,” said Jakes, who will turn 26 years old on race day. “The track is very similar to the circuits back home in the UK and I always like going back to that style of track. It's what I grew up racing on and is what I've known for most of my racing career. Previously we have always been very competitive in the test sessions but haven't been able to unlock the potential in qualifying. It's pretty difficult to overtake there so qualifying is extremely important. Hopefully we can get into the Firestone Fast Six again like Toronto. Ever since I started racing my birthday always seems to fall on race weekends. It doesn't really affect things too much. We will be pushing as hard as possible to get the best result. Hopefully we can do that and it gives us an extra reason to celebrate!”

JAKES RETURNS TO ACTION REFRESHED AFTER TWO WEEKENDS OFF
For the first time since the 2013 IZOD IndyCar Series season started, the series had two off weekends back-to-back prior to the Honda Indy 200 at Mid-Ohio. Jakes is thankful for the time off but is ready to get back to action this at Mid-Ohio. “The break has been very welcome. For the first part I actually took a little time off and spent time hanging out with my friends and family. The second week I picked up my training again and just prepared as normal for this weekend. I’m looking forward to getting back at it.”

GRAHAM AND JAMES EXCITED ABOUT RECENT TEAM CHANGES
RLL recently announced three key personnel appointments. Race engineer Gerry Hughes was named Head of Development for the IZOD IndyCar Series program and Neil Fife, who was the race engineer for the team’s most recent win at Watkins Glen in 2008 by Ryan Hunter-Reay, will become Graham Rahal’s engineer for the remainder of the season beginning with Mid-Ohio. Mitch Davis also joined the team as crew chief, responsible for preparation of both Rahal and James Jakes’ entries. Both drivers are looking forward to the impact of these changes. “I am excited for what’s ahead,” said Rahal. “We’re focused on the remainder of this year for sure, but also 2014 and beyond. The changes we have made should only increase our chance of success in the future. It’s going to be difficult to get up to speed with Neil from the point of view we have never worked together. However, after having dinner together the other night, I think our philosophies are very similar. I feel positive that working together with him, and Mitch Davis our other new addition that we can find a better balance in our cars.” “I think its great news for the team,” added Jakes. “Any additions in staff of that caliber are always welcome. I think it's a great testimony to Bobby (Rahal), Mike (Lanigan) and David (Letterman) to how much they are committed to winning races and truly be a top team.”

STARS SUPPORT RAHAL’S “RALLY FOR THE RANCH” WEDNESDAY TO BENEFIT THE BUCKEYE RANCH
The second annual “Rally for the Ranch,” hosted by the Bobby Rahal Foundation for the benefit of The Buckeye Ranch, will take place at Easton Town Centre and Aladdin Shrine Center on Wed., July 31. The honoree for this year’s event is two-time Indy 500 winner Al Unser Jr. The event will showcase 75 of the area’s most exotic collectible automobiles from private collectors and will support programs at the Ranch to help area youths and their families dealing with behavioral issues. The event will begin at 3 p.m. on the streets of Easton at Town Center with classic and collectible cars featured as well as race cars. To view the display of cars will be free-of-charge and open to the public until 9 p.m. In addition, the fundraising component will be a private dinner by the Bobby Rahal Foundation beginning with cocktails at 5:00 p.m. at the Aladdin Shrine Center. Unser Jr. will be honored during the dinner program and comedian Steve Wright will entertain guests. Current RLL drivers Graham Rahal and James Jakes will be in attendance in addition to former RLL team drivers Takuma Sato, Jimmy Vasser and Bryan Herta. Other drivers who are lending their support include 2013 Indy 500 winner Tony Kanaan, Sebastien Bourdais, Sebastian Saavedra, Conor Daly, Peter Dempsey, Matthew Brabham, Shelby Blackstock and Austin Cindric. Other notable racing dignitaries such as Derrick Walker, Tim Cindric, Dan Anderson, Mike Shank, Brian Barnhart, Roger Griffiths, Brian Till, Jeremy Shaw will also be in attendance, among others.

GRAHAM ON THE ZOO INITIVE AND HIS GODFATHER “JUNGLE JACK” HANNA AS GRAND MARSHALL
Mid-Ohio Sports Car Course named Jack Hanna, director emeritus of the Columbus Zoo and Aquarium, Grand Marshal of The Honda Indy 200 at Mid-Ohio. Hanna has been to the track dozens of times due to his close relationship with Graham’s parents and is his godfather. The Graham Rahal Foundation and Mid-Ohio partnered earlier this year to benefit the Columbus Zoo. Mid-Ohio is selling special race tickets with partial proceeds benefitting the Zoo and Graham will auction off some of his race-worn gear after the event. Fans can order these tickets at midohio.com/zoo beginning at $45. Each of the first 1,000 sold come with free admission to the Zoo, a Rahal-autographed hero card and an entry to win a VIP experience at the track and Zoo “I am so honored to have been invited to attend The Honda Indy 200 at Mid-Ohio this summer - I cannot wait to meet all of the racing fans! I have known the Rahal family for almost 30 years and am so proud of my godson, Graham. He has done so much to support the Columbus Zoo, and I can’t wait to come to the track to cheer him on!” said Hanna when the partnership was announced. “I am thrilled that Jack is the Grand Marshall” said Graham Rahal. “I am very pleased that he will be flying in from out of town to enjoy this great event with us and I hope we make him proud. I want to help others, that’s why I started the Graham Rahal Foundation, and the zoo is near and dear to my heart. I love animals, I love Columbus, Ohio, and I want to do everything I can to keep the Columbus Zoo as one of the leading zoos around the world. Jack is the best in the business but if our foundation and donations from our fans help make a difference, then that would be great. It’s something I hope we can do for many years to come.”

Filippi to drive for Barracuda Racing at Mid-Ohio