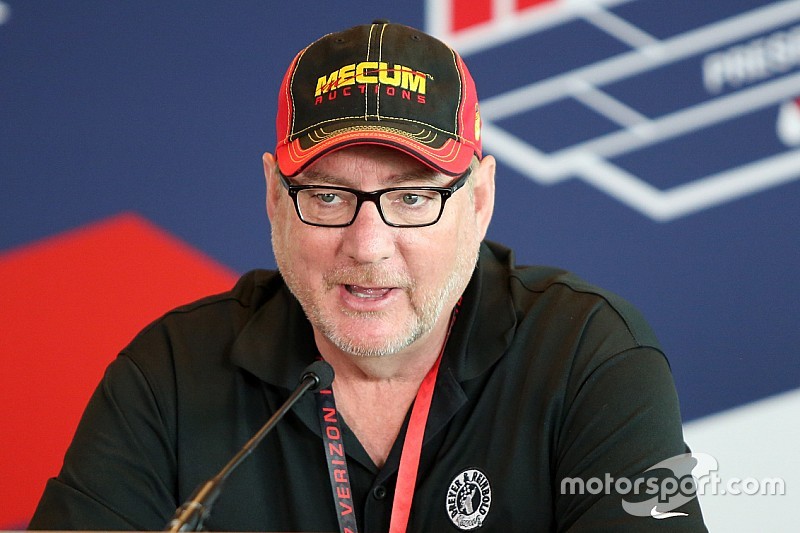 Team owner Dennis Reinbold has admitted that he is strongly considering increasing his involvement in the IndyCar Series beyond the Indianapolis 500.

Dreyer & Reinbold Racing today announced WIX Filters as primary sponsor for Sage Karam’s car in the 102nd Indy 500, and afterwards both team owner and driver were quizzed about the potential of fulltime returns to the sport for each of them.

Karam, who will enter his fifth straight Indy 500 and his fourth with DRR, said: “Obviously full-time is where you want to be [but] I'm just really focusing on the task at hand and doing the best job I can. If I can do the best job I can do and things go well, then I think the opportunity of being full-time will present itself later down the road.

“You know, I would love to be in a full-time seat with Dennis. I think if we can have a strong showing here and hopefully we can get more partners to come on board, maybe that's something that will be discussed. But as for now, I think he's just focused on doing the best job he can, I'm focused on doing the best job I can, and we'll let the rest just fall into place after that.

Reinbold, who will announce his second Indy 500 driver – almost certainly JR Hildebrand – in “a couple of weeks,” said the idea behind running two cars this year was to open up opportunities for expanding involvement in the series. DRR last ran the full season in 2012, the inaugural season of the Dallara DW12.

“Something that we've talked about with very great interest is trying to get back to full-time or even, to start off, a little bit part-time,” said Reinbold. “We're working on things. We've got some opportunities out there that we're exploring and trying to see where they go.

“To get two cars this year for the 500 is on purpose, because that sets us up to have equipment, so we have extra wheel guns, we have extra tires, we have extra radios, spares… That puts us in position to be able to try to expand in the future. And you would need all those pieces to be able to be a full-time team.
“Behind the scenes, I guess, we're working on that, but it needs to be a good fit, and of course my feelings towards Sage, I'm very excited about him. I think he should be a full-time IndyCar driver. I think he's very talented and would do a tremendous job full-time in every race.”

Regarding choice of second driver for Indy, Reinbold is not confirming Hildebrand, but stated: “We wanted to give Sage a quality teammate, someone who also can win this race. We wanted more depth, and we wanted to… take a little more control over our future and our destiny. I want to position ourselves to be able to expand to run full season if that opportunity came up.”