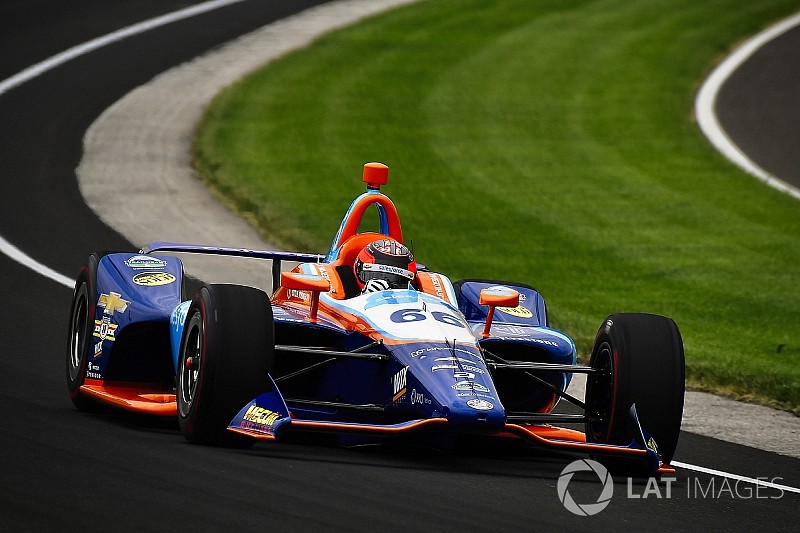 Dennis Reinbold, who has entered JR Hildebrand and Sage Karam for this year’s Indy 500, has said again that he wants his team to run more IndyCar races, but he still isn’t putting a timeline on his plans.

Dreyer & Reinbold Racing hasn’t run the full IndyCar Series season since 2012, when Oriol Servia strung together four top-five finishes in the space of just six races, starting with the Indianapolis 500.

Reinbold has long said that expanding to two cars for this year’s DRR entry at Indy was part of a plan for greater involvement in the near future, but the focus for now was simply on Memorial Day Weekend.

“We wanted to gear up in case we wanted to do some further races down the road,” he said today, “and to do that, we had to have the equipment. We expanded our equipment… bought two new chassis this year. There's new electronics involved, tires, radios… I mean, it goes on and on.

“Our main focus was we wanted to get two really strong drivers for this race, then that way it does set us up for whatever we do in the future. That was our plan, pretty pure and simple. I decided to invest some expenditure into setting ourselves up for the future…

“We don't really have a timeline for that. It's just going to happen somewhat organically. We need the budget to go do that. That's the priority. That's going to be what dictates our timeline if we're able to pull that off or not.”

Reinbold also confirmed that the team will continue its rallycross efforts, despite the demise of the Global Rallycross Championship.

“This year we plan to run the GRX series,” he said, “a new series since Global Rallycross has gone away essentially. We will have Lights cars in that, and potentially a Supercar as well – we've done Supercars in Global Rallycross before.

“[But] for right now, I'm pushing that to the side so we can focus on the next few weeks here.”

Reinbold noted that the environment within IndyCar had changed considerably over the last dozen years, and for the better. “We had a team owners meeting the other day,” he said, “and there were a lot of really good questions. Jay Frye headed it up, talked about the direction of IndyCar. I'm not divulging any secrets here when I say that it was a good two-way interaction. I was pretty impressed with the level of conversation and open dialogue that existed.

“Back when I was full-time and we had owner meetings, they were contentious, not that much fun. A lot of head butting was going on. I would say they've come a long, long way in IndyCar. It's poised for the future very, very well.”

Who is the best IndyCar driver of this era?